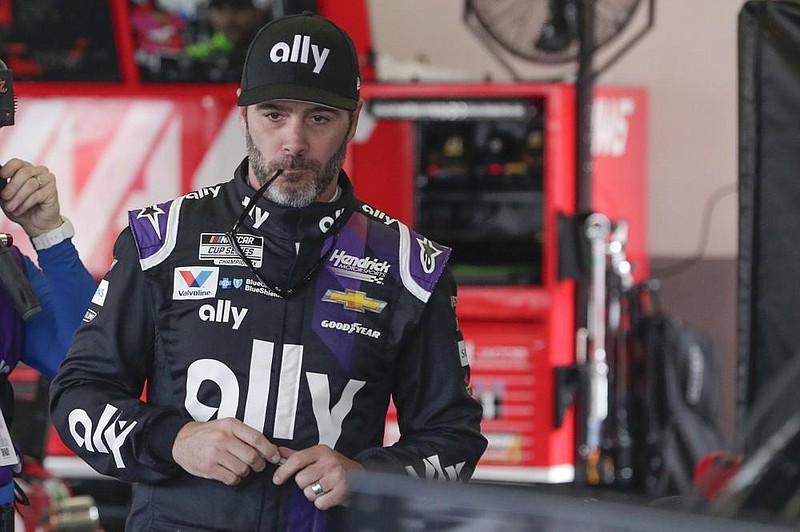 CHARLOTTE, N.C. -- Jimmie Johnson is just as confused as everyone else about his plight with the coronavirus. A positive test caused the seven-time NASCAR Cup Series champion to miss the first race of his career, and it was followed three days later by a negative test.

He never suffered any symptoms and was tested only after his wife, bothered by seasonal allergies, received a positive test.

Was it a false positive? Were he and wife, Chani, carrying the virus for some time before their tests?

He has no answers.

"There's a lot of speculation there," Johnson said Friday, a full week after testing positive. "I'm the most frustrated person out there, especially living in a world of facts that we do. To not have the facts drives me bananas."

Johnson sat out last Sunday's race at Indianapolis Motor Speedway, which snapped his streak of 663 consecutive starts, longest among active drivers. But he tested negative Monday and Tuesday and was cleared by NASCAR to race again this weekend at Kentucky Speedway.

That first negative test sent his constantly changing emotions to a different level.

"My first response was just anger. I started cussing and used every cuss word that I knew of and I think invented a few new ones," Johnson said Friday. "It was just so weird -- the anger -- because I've been asymptomatic. Anger hits. And then speculation in my mind. And then it's, 'Wait a second, there is nothing good that can come of this. No one knows. I don't know. It's just time to move on.'

"Then I got very excited and starting looking at the facts that I've only missed one race. I feel like I am more on the optimistic side of things and out of the dark head space that I was in and moving in the right direction."

Both he and his wife isolated from their two young daughters as he waited to be tested again. He said Chani Johnson feels fine and, aside from some allergies, is asymptomatic.

He said he is certain he is fit to race, and tested himself in the Colorado mountains this week.

"I feel great. I've been at altitude this entire time," Johnson said. "I rode up to 10,500 feet on a bicycle and felt perfectly fine."

Johnson, 44, is scheduled to retire from full-time NASCAR racing at the end of this season and had never missed a race in his 19-year Cup career before sitting out the Brickyard 400. He was required to have two negative covid-19 tests in a 24-hour span and be cleared by a doctor to return to racing.

NASCAR approved him to return to the No. 48 Chevrolet on Wednesday. He is 15th in the Cup standings, just inside the playoff cutoff mark, and he received a waiver for the championship race should he qualify.

He said he's eager to get back to work after a trying week with his family.

"Just emotional and a journey that you go through worrying about your safety, your family's safety, watching a race with somebody else in your race car and the emotion that goes with that," Johnson said. "Coming to grips with the reality of all that has been challenging, but I've always subscribed to growing through these tough moments, and I feel like I'm a smarter, stronger person today experiencing all this."

NASCAR is not testing for covid-19. Participants must answer a health questionnaire before and after each event, and a temperature screening is required before entering the venue. NASCAR has put the responsibility on its participants to monitor their own health, which Johnson did after his wife tested positive.

NASCAR President Steve Phelps last weekend said the series believes its procedures are working, and the sanctioning body has not revealed any testing results. Two teams have confirmed positive tests among unidentified employees, but Johnson is the only known driver to seek a test.

He declined to give his opinion on NASCAR's protocols.

"I don't know how to add clarity or advice in what changes need to take place," he said. "I unfortunately feel that there's a lot to still be learned in the professional and medical field on this and I, like everyone else, [am] eagerly awaiting on that instruction and that knowledge, a vaccine, better testing, better screening.

"There's just more questions than answers for a lot of us. I certainly don't have the answers for everybody." 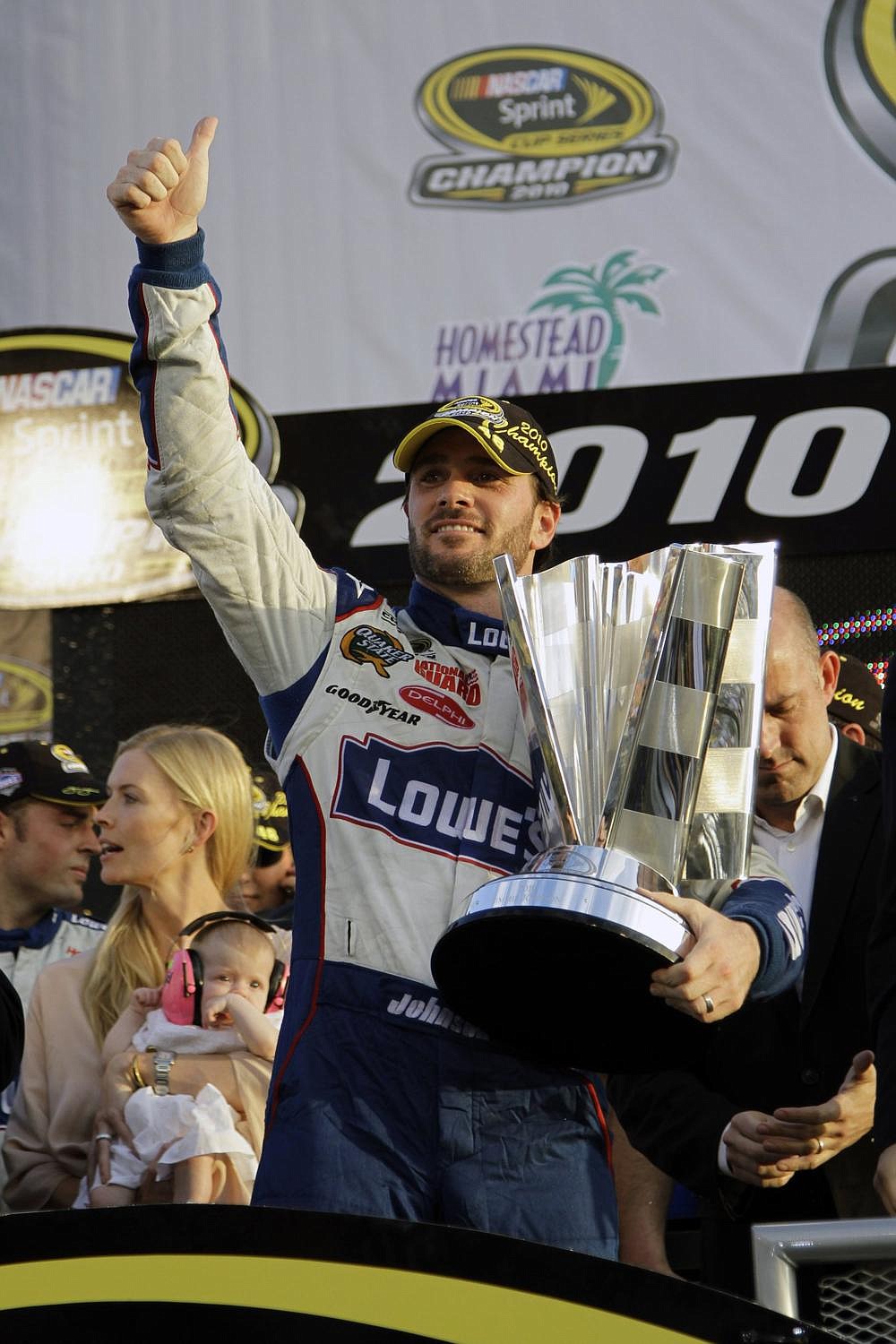 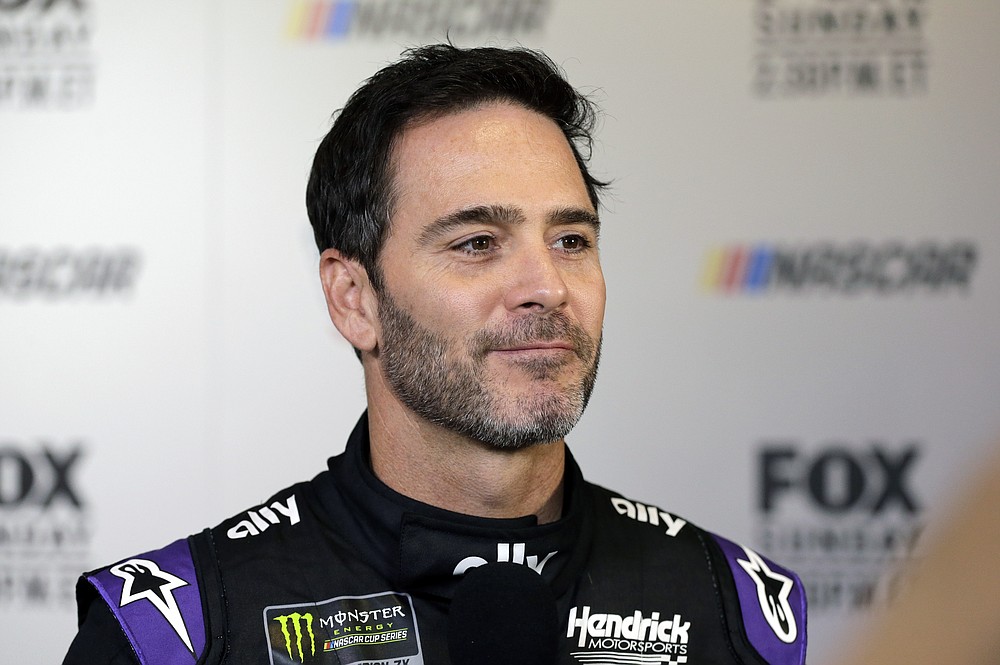 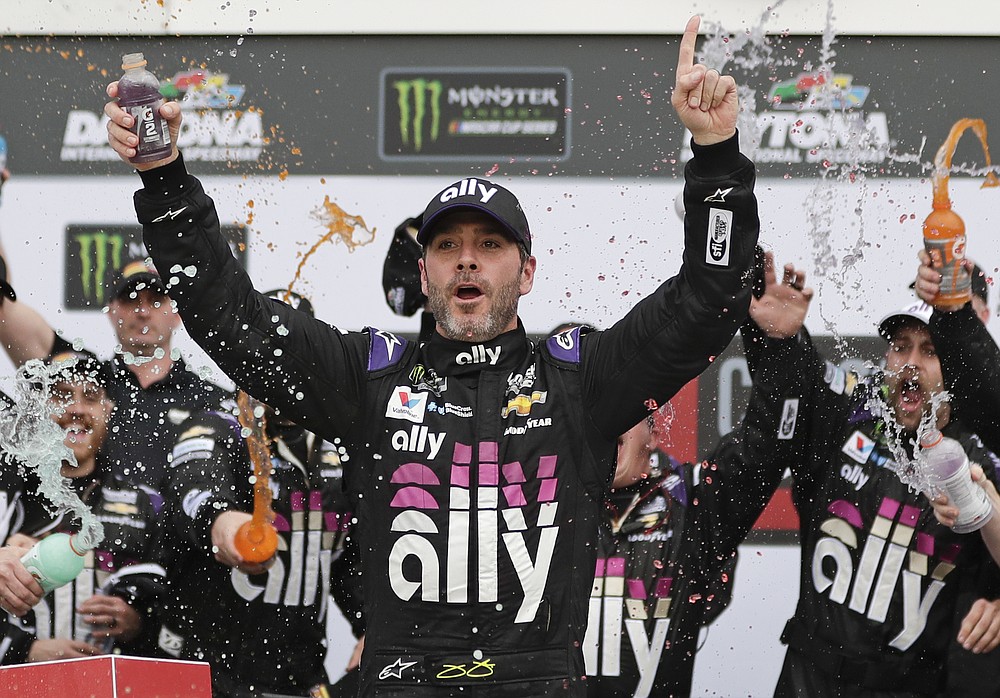 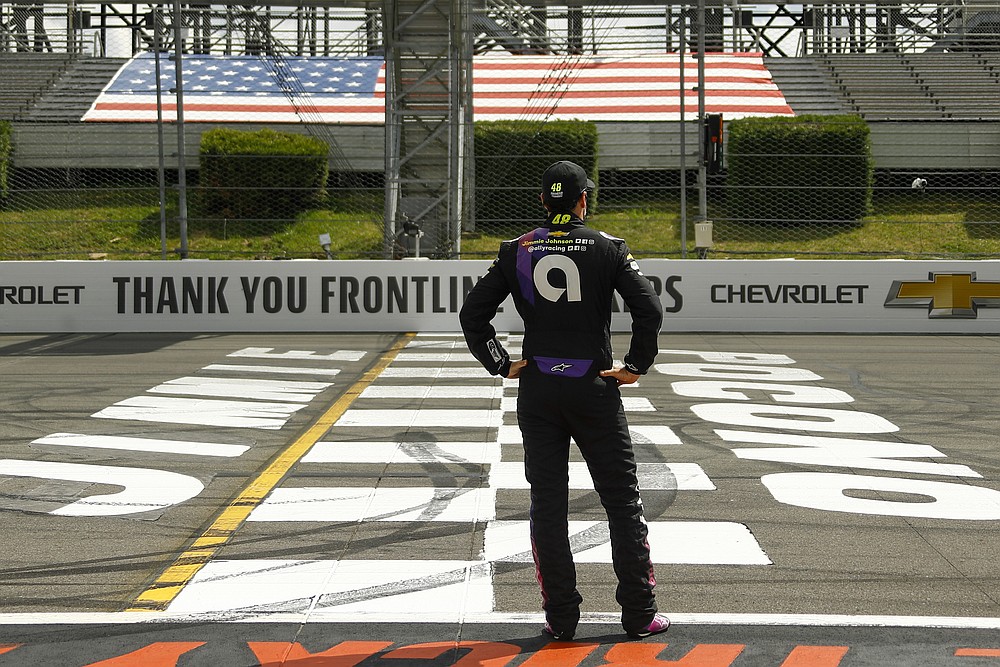 FILE - In this June 28, 2020, file photo, Jimmie Johnson stands near the start-finish line before the start of the NASCAR Cup Series auto race at Pocono Raceway in Long Pond, Pa. This year has hardly been the farewell tour Jimmie Johnson envisioned when he said 2020 would be his final season of full-time NASCAR racing. The seven-time champion has had to say his goodbyes at empty race tracks absent of all fanfare and now his streak of 663 consecutive races has ended because Johnson tested positive for the coronavirus.(AP Photo/Matt Slocum, File)
More News