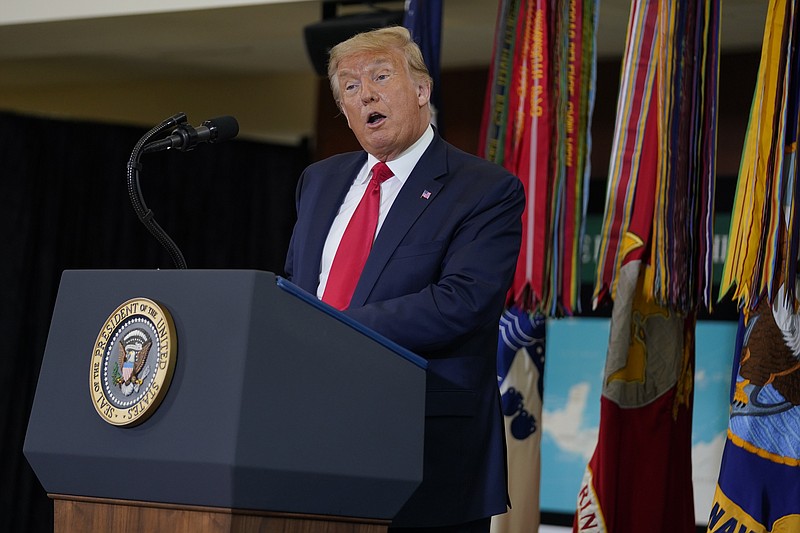 MIAMI -- President Donald Trump made it to the battleground state of Florida on Friday to raise campaign cash. But his efforts to relaunch travel after a hiatus caused by a surge in coronavirus cases hit a new snag as his campaign canceled a weekend rally in New Hampshire, citing a tropical storm threatening the area.

Press secretary Kayleigh McEnany told reporters the Portsmouth rally -- slated to be held in an aircraft hangar open on one side -- would be delayed by a week or two.

"With Tropical Storm Fay heading towards the Great State of New Hampshire this weekend, we are forced to reschedule our Portsmouth, New Hampshire Rally at the Portsmouth International Airport at Pease," Trump tweeted. "Stay safe, we will be there soon!"

Trump opened his Florida visit at U.S. Southern Command, where he got a briefing and spoke about U.S. counternarcotics operations. He also attended a roundtable in nearby Doral, Fla., to show support for Venezuelan expatriates seeking the ouster of Nicholas Maduro, and he is scheduled to attend an evening campaign fundraiser in Hillsboro Beach, Fla.

At the campaign-organized event focusing on Venezuela, Trump criticized former President Barack Obama's efforts to lift some sanctions against Cuba and warned that the presumptive Democratic nominee, former Vice President Joe Biden, would take a similar approach and even embrace socialism domestically.

Trump reversed some but not all of Obama's efforts to normalize relations with Cuba, an ally of the Maduro regime.

Today's New Hampshire event was to mark Trump's first political rally after a multiweek pause caused by a nationwide surge in coronavirus cases.

Even before the storm threat emerged, campaign officials had acknowledged that it was unclear how many people would attend the New Hampshire rally. Conceding that another sparse crowd following the Tulsa, rally would raise questions about the future of Trump's rallies, the campaign had taken additional steps to make attendees feel safe.

There was strong opposition to Trump's rally -- prior to its cancellation -- among some prominent New Hampshire Republicans. Judd Gregg, who previously served New Hampshire both as a governor and senator, bluntly called Trump's appearance "a mistake."

"New Hampshire has been extremely aggressive under the governor in containing the virus," Gregg said in an interview with The Associated Press, confirming that he had not planned to attend either. "People are concerned about folks bringing the problem to us."

Trump, trailing in the polls, is eager to signal that normal life can resume despite a virus that has killed more than 130,000 Americans.

His visit to Florida takes him to terrain where covid-19's surge threatens his hold on a must-win state and raises questions about Republican aims to hold their nominating convention in Jacksonville next month.

Unlike the rally in Tulsa, which was held indoors where the virus more easily circulates, the rally in Portsmouth was to be partially outdoors, held in an airplane hangar open on one side with the crowd spilling out onto the tarmac before Air Force One.

"All of Donald Trump's rallies and all of his events are electric," said campaign spokesperson Hogan Gidley. "The president wants to go in there and talk about all the accomplishments he's done in his first term and how he's made people's lives better."

Moreover, while masks were distributed in Tulsa, few rally-goers wore them. The campaign has strongly encouraged their use.

The venue was to be significantly smaller than the cavernous Tulsa arena, and aides had deliberately set lower expectations for crowd size. Before the Oklahoma event, which spurred days of protests, campaign manager Brad Parscale boasted that a million ticket requests had been received. The Tulsa fire marshal said 6,000 people attended.

New Hampshire has had a relatively low number of covid-19 cases, while those in Oklahoma were rising before Trump arrived.

Information for this article was contributed by Aamer Madhani and Steve Peoples of The Associated Press. 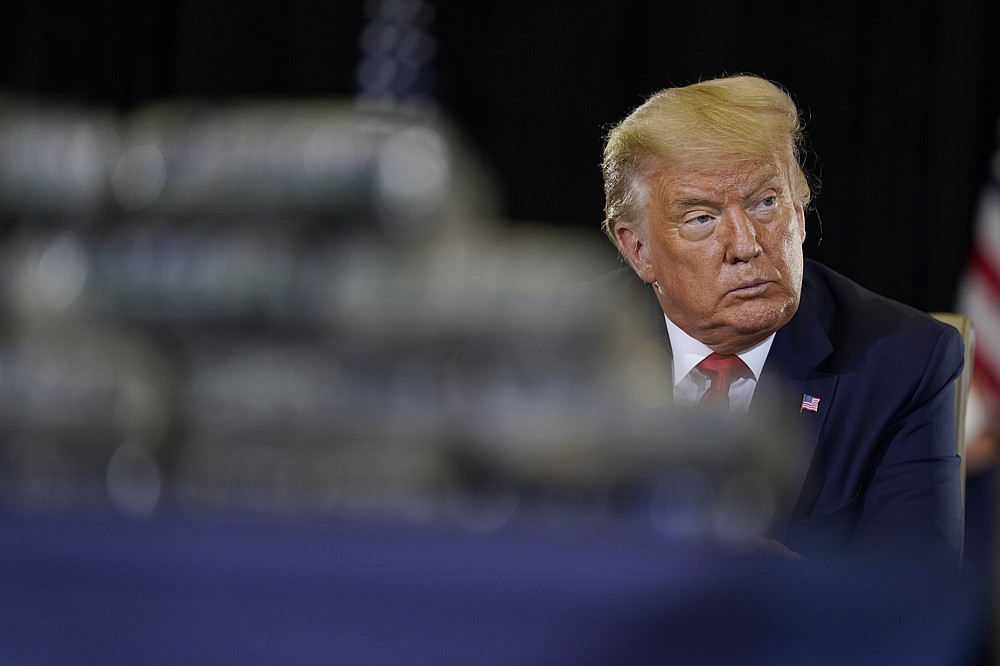 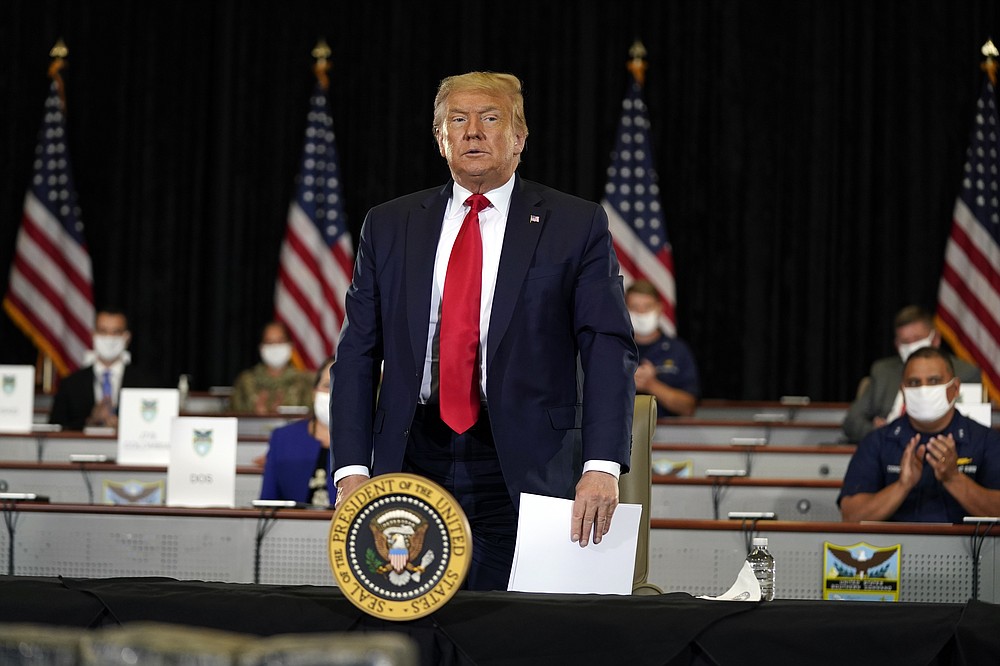 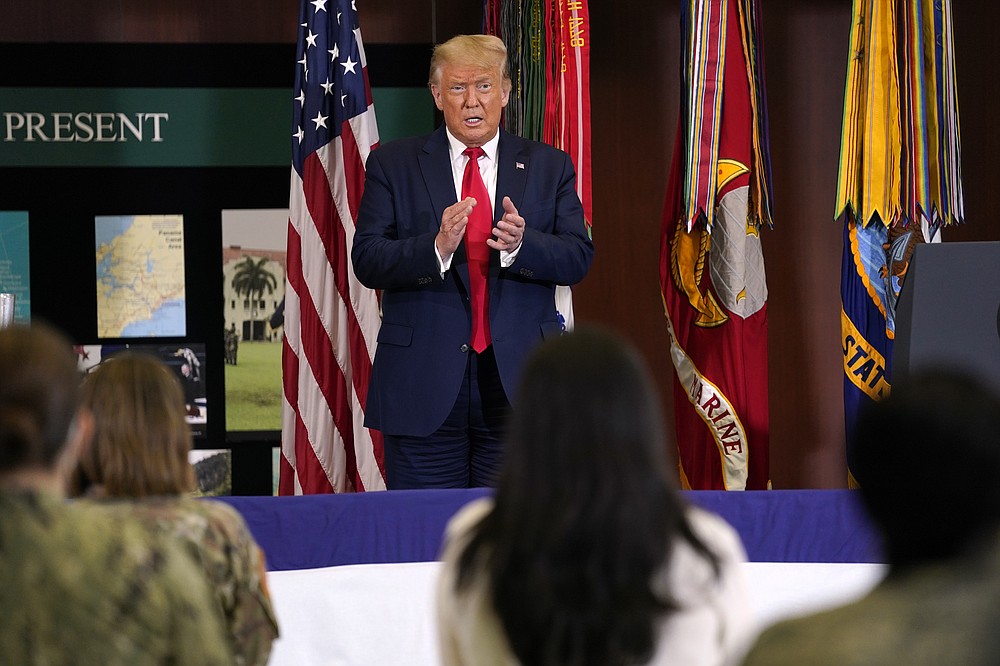