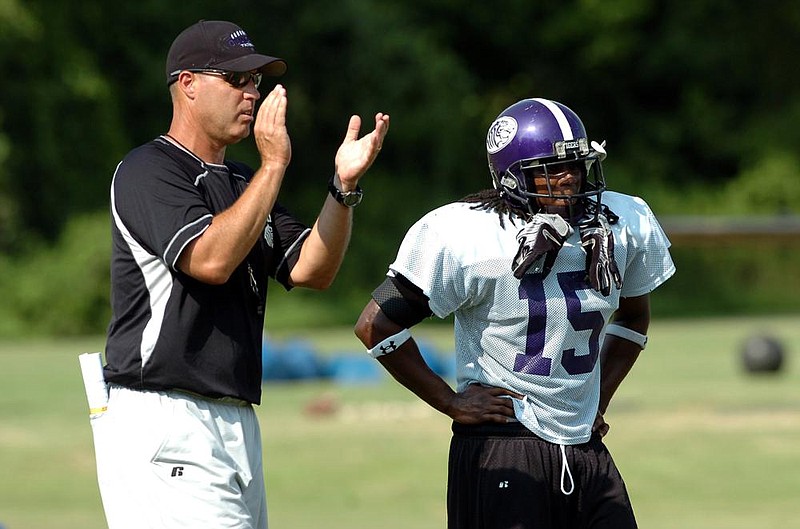 Ouachita Baptist Coach Todd Knight (left) said he expects to have about 80% of his team present for workouts on Monday. He said he hasn’t had a chance to gauge what type of shape his team is in since spring workouts were sus- pended because of the coronavirus pandemic. (Arkansas Democrat-Gazette file photo)

Like most college football coaches, Todd Knight is concerned about the coronavirus pandemic, particularly as it relates to the health of his players.

Yet, there's another aspect that worries him.

"Getting these guys back in shape," said Knight, who's been the head coach at Ouachita Baptist University since 1999. "They've been out of school for a while now. It's one of those things where you ask yourself, 'What is the biggest risk to college football?' Right now for this age group, it may just be not being in shape, especially with the guys being out in that heat. We've got to be really careful with them.

Knight, who led the Tigers to their fifth Great American Conference title last season, hasn't had a chance to gauge how physically fit his team is heading into fall workouts. He said several players have not arrived yet for various reasons, including protocols put in place because of the pandemic. Knight expects to have about 80% of his roster intact Monday.

Several universities have had to pause workouts because players in their programs tested positive for the virus. Knight said the school is making a concerted effort to keep that from happening.

"We're doing it a little different than everybody else, I think," he said. "We're requiring a test before they actually come in. With that, we're trying to make sure we have no positives active on campus. So far, that's going really good."

Knight feels that there are things players can do to limit their chances of contracting the disease, such as isolating themselves whenever the situation calls for it.

For college kids, that can be easier said than done.

"I think really that's probably the hardest thing to do," he said. "What I mean by that is your teammates, your coaches, maybe your personal family ... try to separate from everybody else until we've got about a month under our belt. What we don't want to do is get that roller coaster of positives coming in and then have to shut down for a couple of weeks and remove a bunch of kids.

"Right now, the toughest thing is to make sure that you put others first. You've got to wear your masks, you've got to social distance, and you've got to be careful who you're around. But we've got a mature team coming back, and I know they're going to do what's asked of them."

The biggest problem facing Henderson State University Coach Scott Maxfield these days may benefit his team in the long run.

"For us, with the square footage of our weight room, our numbers make it hard," he said. "We can only have so many at one time. We've got 105 kids here, and so we're having to have a whole lot of weight workouts with our strength coach and his staff. It makes it difficult.

"As far as our coaches go, it makes for a long day because you have to string things out. Right now, we're running seven different weight groups, and we usually would have only three."

There's a purpose for all of the adjustments. The Reddies want to play football in the fall, and Maxfield said they will do anything to make that happen.

As it stands, all GAC teams are slated to open their seasons the week of Sept. 10. That's not necessarily a given, especially since two other Division II leagues have pumped the breaks on playing sports in the fall. The Southern Intercollegiate Athletic Conference and the Central Intercollegiate Athletic Association have postponed fall competition this season.

"The kids will make just about any sacrifice to play," Maxfield said. "Of course, when it comes down to safety -- accountability for their safety from the coaching staff, the administration -- we've got to make the best call. We're just taking it one day at a time.

"We're trying to make the best of the situation, and I think the kids are handling it and adjusting to it pretty well. Doing the social distancing in the weight room, out on the practice field and in the dorm. It's a daily battle that we have to try to overcome."

University of Arkansas-Monticello Coach Hud Jackson wants the pandemic to end, but he said people have to do their part to speed up that process.

"Those things are easy. It's the things that you'd think would be easy, like wearing a mask because it'll help you not get sick. Those are the ones that are tough."

Jackson said the uncertainty is eating away at him. The Boll Weevils have been holding training sessions, and he's happy with the team's progress. But he knows one positive case can alter the outlook for his team.

"Just trying to make guys understand why [Gov. Asa Hutchinson] says what he says about the virus," Jackson said. "These are intelligent people, and they know what they're talking about. This whole thing is not a conspiracy. It's very real."

It's been a typical summer so far for Harding University.

Low numbers and spacious facilities have helped the Bison navigate through the pandemic.

"We're a little bit different than a lot of schools in the country," said Harding Coach Paul Simmons, who's heading into his fourth season. "We don't keep our guys here in the summertime. Really, this is a pretty normal time for us. We probably have 15 guys that are in town that choose to be here, so we don't have a big group during this time of year anyway.

"There's no problem with social distancing, and we're blessed to have a lot of space because we have a pretty big weight room. So it's not really difficult to do what we've been asked to do."

It'll be another month before Simmons sees the rest of his team. Reporting day is Aug. 11 for Harding, which is coming off a 10-2 season. 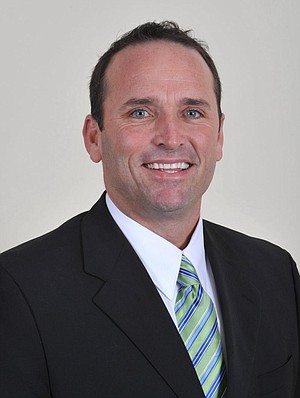 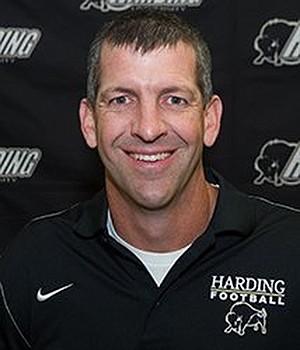