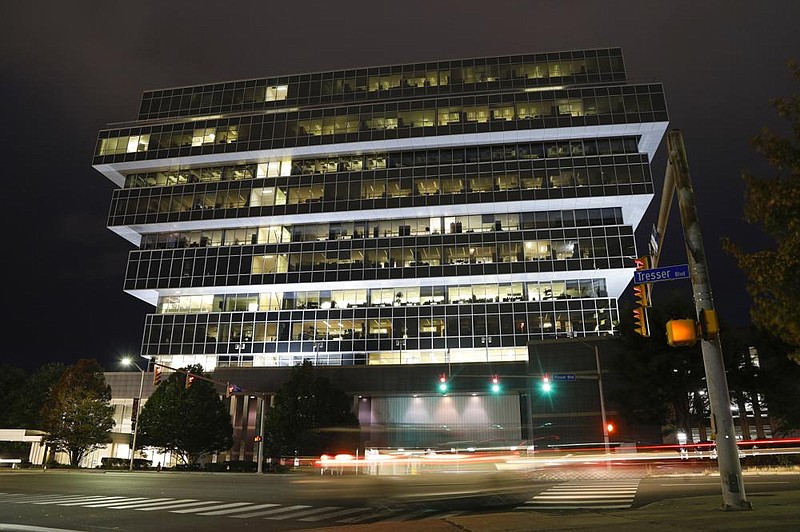 Purdue Pharma, headquartered in Stamford, Conn., and the maker of OxyContin, should not be allowed to make any more political contributions without a judge’s permission, lawyers for its creditors said in a Friday ling. (AP/Frank Franklin II, File)

OxyContin maker Purdue Pharma should not be able to make any more political contributions without a judge's permission, lawyers for its creditors said in a court filing.

The issue came up last week after it was reported that the company, which has a long history of influencing policymakers, made contributions to national associations representing state attorneys general and governors.

The money was sent after Purdue entered bankruptcy protection last year in an effort to settle thousands of lawsuits accusing it of helping spark an opioid addiction and overdose epidemic that has contributed to more than 400,000 deaths in the U.S.

State attorneys general are among those trying to negotiate a nationwide settlement.

The committee of creditors that asked for recipients to return the money to Purdue said the contributions represent a conflict.

"The Political Contributions -- $185,000 in donations to associations whose members include the very public servants with whom the Debtors are attempting to negotiate a consensual resolution of these cases -- are precisely the sort of transaction that demand close scrutiny," lawyers said in the filing.

Parts of the legal skirmish had been resolved by the time lawyers filed the motion Friday night. The filing asked a federal bankruptcy judge to require Purdue to seek permission before making more contributions.

The governors groups did not respond to messages Friday from the AP and did not publicly commit to returning the money.

Ed Neiger, a lawyer who represents people with opioid addictions and their families in the case, said the contributions are a big problem.

"I'm not sure that can be interpreted as anything other than a bribe," he said in an interview.

Purdue defended the payments, describing them as "memberships," although the only members of the organizations are the elected attorneys general and governors.

"We have maintained long-standing membership in organizations that allow us to follow key industry-related issues that are relevant to our wide range of products and pipeline," the company said in a statement. "These memberships are completely proper and in line with payments Purdue and hundreds of other companies have made for years."

The company noted that when it filed for bankruptcy, it stopped making contributions to individual candidates and closed its political action committee.

At least 430,000 deaths in the U.S. since 2000 have been connected to overdoses from opioids, a category of drug that includes prescription pills such as Oxycontin and Vicodin along with illicit drugs such as heroin and illegally made fentanyl.