Well-armed in 2 sports: As a pitcher, Franks had Red Sox calling 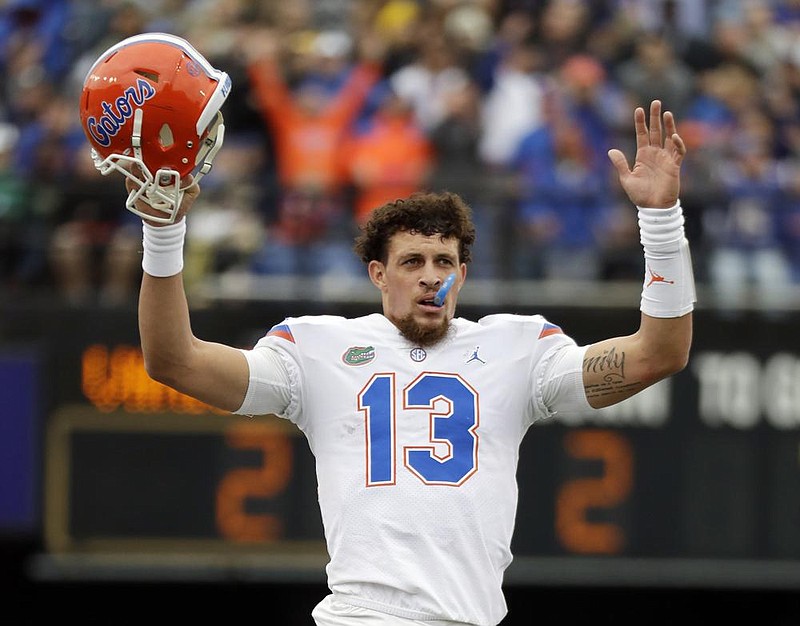 The third in a series detailing the other sports Arkansas athletes could have played collegiately.

FAYETTEVILLE -- Feleipe Franks typically does not answer random calls from numbers he does not have saved in his cell phone.

Last spring, though, for whatever reason, the former Florida Gators starting quarterback made an exception. He answered the cold call coming in from Boston.

On the other end of the line was a member of the Red Sox organization, and at the conclusion of the conversation Franks learned that the franchise was interested in selecting him in the upcoming Major League Baseball Draft.

"I hadn't played baseball in like five years," Franks told WholeHogSports. "Long story short, I threw this bullpen and two weeks later they drafted me. I hadn't played in a little while. It was pretty cool. Pretty crazy."

Following a day of spring drills with the Florida football team, Franks threw the bullpen for Boston representatives. He had geared up for the day by practicing for roughly a week and a half.

The Red Sox later took a chance on Franks, who says he reached 94 mph off the mound in the workout, drafting him with the 947th overall pick in 2019.

"It still came true, no matter how you look at it. It's awesome. I loved it."

He signed with the club for $40,000, according to a report from Boston Globe reporter Alex Speier. Franks was adamant at the time, however, that he remained committed to football and being a quarterback, first in college then hopefully the NFL.

Baseball is a backup option for the Crawfordville, Fla., native and former Wakulla High School standout. It's not a bad Plan B, either.

"He's a freakish athlete," Wakulla football coach Scott Klees told the Tallahassee Democrat last July. "I am not surprised at all the Red Sox drafted and signed him. He could do everything on the baseball field that he can do on the football field. There's not much he can't do.

"I know he loved baseball every bit as much as football growing up."

Franks said he had a bit of a strange baseball career. Like most kids, he played T-ball at an early age. He stuck with the sport until his junior year of high school, when he and his older brother, Jordan, currently a tight end for the Cincinnati Bengals, quit the team.

Franks played third base his freshman year as he moved back and forth between junior varsity and varsity, and he became a staple on varsity as a pitcher his sophomore season.

The next year, a racial incident caused Franks to pull the plug on high school baseball, he said.

"After that I just never thought about playing ever again," he added. "I was just all-in on football at that point."

But before giving up the game, Franks was thought of as a fairly promising baseball prospect. He was rated the No. 500 player in the class of 2016, according to Perfect Game. The outlet also listed him as the 117th-best player in Florida and No. 41 right-handed pitcher at 6-6, 215.

While Franks is quick to say he shouldn't be confused with a standout or star baseball player at Wakulla, he was no slouch while serving as something of a reserve player.

"I was pretty good at the plate. I wasn't bad," said Franks, who has passed for more than 4,500 yards in his college career. "My freshman year I had like three home runs or something like that. I wasn't too bad at the plate."

And on the mound, he was a predominantly fastball pitcher who would mix in a 12-6 curve ball and change-up.

Prior to signing with Florida out of high school, Franks was committed to LSU, where he had every intention of playing baseball and football. He was dead set on being a two-sport athlete.

"That's one of the things I wanted to do when I went to college," said Franks, whose favorite baseball player growing up was Alex Rodriguez. "I wouldn't go to a college where I couldn't play baseball and football coming out of high school. When I went to Florida, that was a big thing there as well.

"I wanted to play baseball and football there, it just never went through because I wanted to play quarterback. Once I became the starter at Florida, I didn't really think about baseball."

But he misses playing baseball every now and then. A third baseman, outfielder and pitcher growing up, Franks says his baseball background benefits him on the football field.

Above all else, it taught him to be a team player and grow through competition.

"I think baseball and everything that goes into playing the game -- hand-eye coordination, teamwork, camaraderie and trying to get to an ultimate goal -- helps with football," he said. "I think it's different with baseball as well because when I was transitioning to being a pitcher it kind of just made me sit back -- because you're not always on the field -- and be supportive of my teammates.

"You can't be a selfish player. Things like that you learn in baseball. That was a super awesome lesson for me."

Asked about Franks being taken in last year's draft at SEC media days in 2019, Gators football Coach Dan Mullen was proud for his quarterback, calling it a great honor to be drafted by Boston.

"Maybe when football's done, maybe he has a future in baseball," Mullen told reporters. "That'd be exciting for him. I'd be really happy for him."