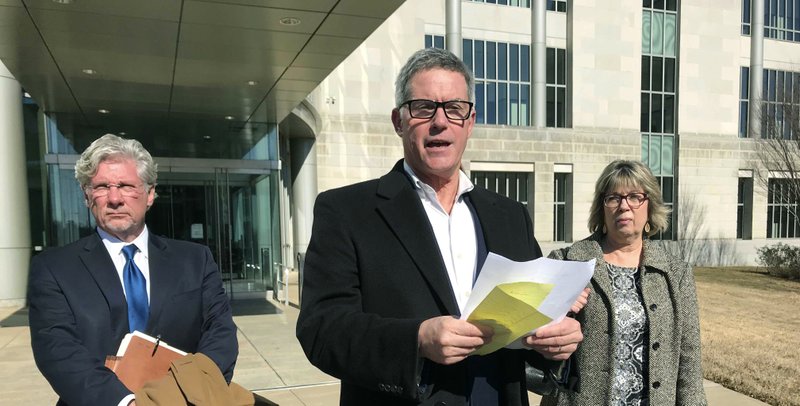 A federal judge agreed with prosecutors Wednesday in denying former state Sen. Gilbert Baker's request to be tried early next year by the judge instead of a jury on bribery, conspiracy and wire-fraud charges.

Baker, 63, is also a former political fundraiser, a past chairman of the state Republican Party and a former executive and music teacher at the University of Central Arkansas in Conway. His trial on accusations that he was the middleman in an effort to bribe former Faulkner County Circuit Judge Michael Maggio, who is now in prison, is scheduled to begin Feb. 22 and is expected to last about two weeks.

Chief U.S. District Judge D. Price Marshall Jr. said in an order filed Wednesday that Baker's case isn't too complicated for a jury to understand, agreeing with federal prosecutors' arguments in February after Baker requested a bench trial. Baker had complained that the case involves complex issues of state campaign finance and judicial election laws that should be decided by a judge.

In July 2013, Maggio lowered a $5.2 million jury verdict against the owner of Greenbrier Nursing and Rehabilitation Center to $1 million. His action occurred on July 10, the day after 10 $3,000 checks written by the nursing home's owner, Michael Morton, arrived at the home of Baker, a friend and political ally of Maggio. The checks were made out to political action committees that were primarily helping Maggio's campaign for a seat on the state Court of Appeals.

Morton, a Fort Smith businessman who hasn't been charged with a crime, said the money was meant for Maggio's judicial campaign but wasn't an attempt to influence the outcome of the lawsuit.

The lawsuit had been filed against the nursing home by the family of 76-year-old Martha Bull of Perryville, who died in in 2008 about two weeks after being admitted for an expected monthlong rehabilitation for a mild stroke and an abdominal illness. The family said a doctor was never summoned despite Bull's tears from pain and nausea, her cold and clammy skin, and blood in her stool.

Morton has called the timing of the checks written July 8, 2013, the same day his lawyers asked Maggio to void or cut the jury award to Bull's family, "coincidental."

He also noted that federal defendants who want a bench trial instead of a jury trial must obtain the court's approval and the government's consent.

Baker claimed that an exception should apply in his case; namely, that a trial by jury would deny him a fair and impartial trial.

But, Marshall said, "The Court is not persuaded. First, it is the Court's job to interpret the law, not the jury's. If there's some dispute about what the applicable law is, then the parties should air it in their pretrial motions. This case is not so complex that a properly instructed jury would be unable to apply the applicable law to the facts."

In February, federal prosecutors also objected to Baker's request to modify his conditions of pretrial release to allow him to consume alcohol and to eliminate a requirement that he undergo random drug tests.

They cited Baker's "recent history of prolonged methamphetamine and alcohol use," asserting that one of his close associates, whom they didn't identify, had acknowledged supplying Baker with methamphetamine from 2014 through the end of 2018. The prosecutors also noted that Baker had been seen buying alcohol, and coming and going from the associate's home, on several occasions in 2017 and 2018, and said that after he was indicted last year, urine tests showed he had twice violated a pretrial condition prohibiting him from using alcohol. 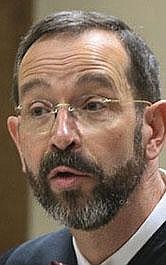