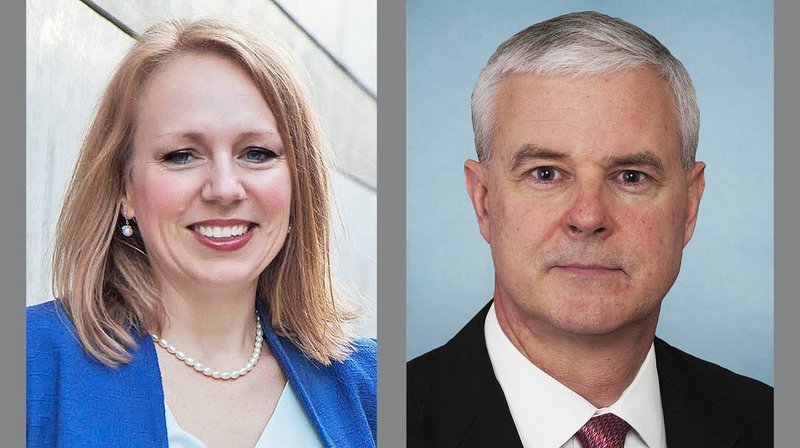 Celeste Williams, the Democrat challenging U.S. Rep. Steve Womack, raised more than twice as much money as the Republican incumbent during the year's second quarter, her campaign announced Wednesday.

The Bella Vista-area family nurse practitioner, who hopes to represent the state's 3rd Congressional District, collected $76,177 between April 1 and June 30, she said.

Womack, a former Rogers mayor, raised $32,260 during the same period, according to a quarterly campaign-finance report filed this week with the Federal Election Commission.

The five-term congressman, who represents most of Northwest Arkansas, continued to enjoy a large overall fundraising advantage, however, with cash on hand of $1.35 million.

During the quarter, she received 3,568 individual contributions, with an average donation of $16.72, her campaign said. None of the money came from political action committees, it added.

In an interview, Williams said the report "certainly shows some momentum."

"This is a time when we didn't do a single fundraising event, and I think that our message is resonating with people," she said.

The money was largely donated online, she said.

"I think people are excited because they feel like their voice is being heard and feel like they have a chance to ...support someone who will really advocate and fight for them in Washington," she said.

The Womack campaign did not comment on the second-quarter numbers.

Crawford, who has represented the district since 2011, faces no opposition on the November ballot.

During the quarter, his campaign donated at least $4,000 to President Donald Trump's reelection efforts as well as $1,000 to the National Republican Congressional Committee. Other contributions were made to congressional candidates in Texas, Illinois, California, Iowa, Virginia and Georgia.

Crawford also listed a $5,000 donation to the Northeast Arkansas Foodbank in Jonesboro.

The campaign declined to comment about its latest FEC filing.

In the 4th Congressional District, U.S. Rep. Bruce Westerman, a Republican from Hot Springs, raised $70,186 and had cash on hand of $1.15 million, the campaign said.

William Hanson, the Hot Springs Democrat seeking to unseat Westerman, reported second-quarter contributions of $1,740 and cash on hand of $7,105. He also listed debts and obligations of $41,900.

Wednesday was the deadline for submitting the quarterly campaign finance reports, though there sometimes is a lag before they're posted online.

Figures in some races had already been announced.

U.S. Sen. Tom Cotton, a Republican who now resides in Little Rock, had already reported raising $1.47 million for the quarter with cash on hand totaling more than $6 million.

Pine Bluff Libertarian Ricky Dale Harrington said he believed his total fundraising had recently topped $5,000. His form had not yet been posted Wednesday evening.

In the state's 2nd Congressional District, state Sen. Joyce Elliott, D-Little Rock, listed net contributions of $600,225 for the quarter, leaving her with cash on hand of $719,270.

He had cash on hand of about $1.46 million, his campaign said.

Candidates who raise or spend less than $5,000 aren't required to file with the FEC.