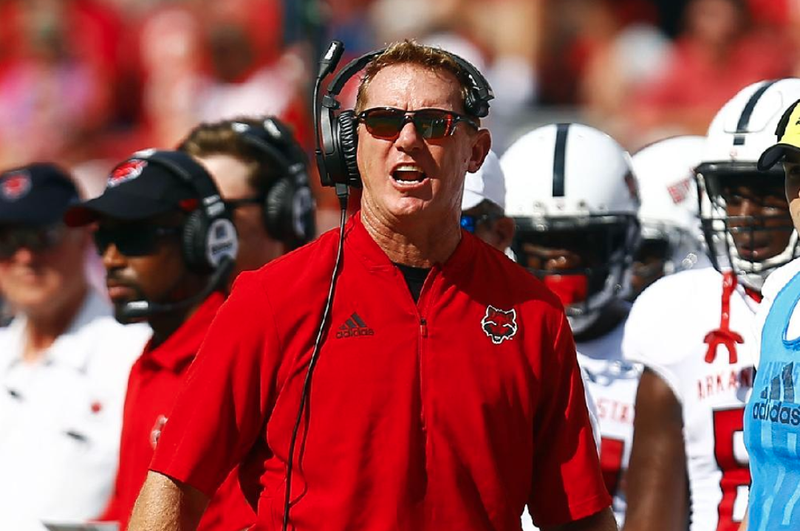 Arkansas State University's home opener Sept. 12 against Howard University was canceled Thursday after the Mid-Eastern Atlantic Conference announced its suspension of all fall sports due to the coronavirus pandemic.

The Red Wolves are now down to 10 games for the 2020 season. The Big Ten announced July 9 it would play conference games only, cancelling ASU's match-up with Michigan and possibly the $1.8 million payout ASU was expecting.

According to Arkansas State's game contract with Howard, the Red Wolves were expected to pay Howard $350,000 for the contest. ASU may not be subject to paying that amount as the contract states that "no damages shall be owed should an unforeseen event occur outside the control of either party." The contract says that includes an "epidemic" or "order or ruling of any ... athletic conference."

Arkansas State is now one of six FBS teams with only 10 games scheduled, joining Appalachian State, Boston College, Syracuse and Army. ASU's nonconference games that remain include at Memphis on Sept. 5 and Tulsa at home Sept. 26.

The Democrat-Gazette has reached out to Arkansas State for comment.