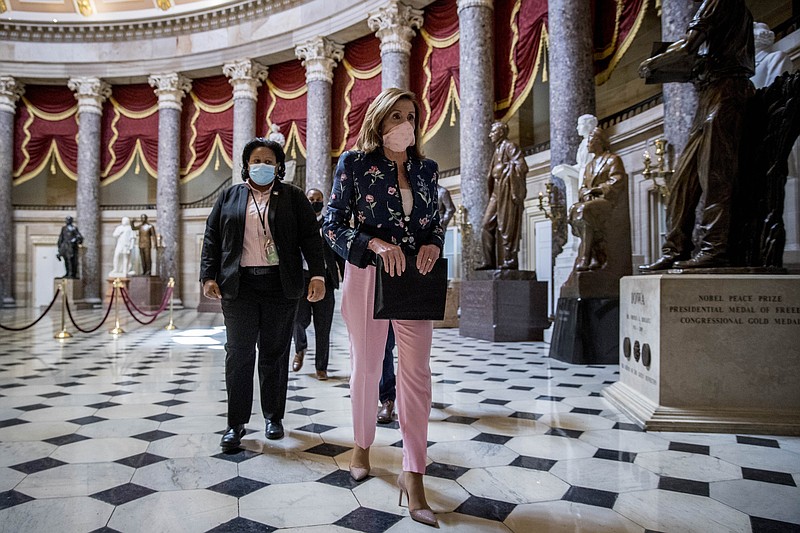 Senate Majority Leader Mitch McConnell, who is expected to roll out the GOP bill as soon as next week, said Wednesday that he conferred with Treasury Secretary Steven Mnuchin as the White House's point man on the talks prepares to negotiate with Democrats.

But having hit "pause" in May, as McConnell put it, Republicans now face a potentially more dire situation. They had hoped the pandemic would ease and the economic fallout would reverse. Instead, coronavirus cases are spiking, states are resuming shutdowns and parents are wondering if it's safe to send children back to school.

"Regretfully, this is not over," McConnell said during a visit to a hospital in Kentucky.

"There were some that hoped this would go away sooner than it has," he said, urging residents to wear masks and social-distance.

"The straight talk here that everyone needs to understand: This is not going away," McConnell said.

This would be the fifth virus rescue bill since spring, all told an unprecedented federal intervention to counter the times. Unlike any health crisis since the 1918 Spanish flu and an economic upheaval on par with the Great Depression, Congress is trying to engineer a comprehensive national strategy to bring the pandemic under control.

Both the House and Senate have similar funding priorities -- to help schools reopen, provide unemployment benefits for jobless Americans and ramp up health care testing, treatments and a vaccine -- but they differ broadly in size and scope.

House Democrats provide $100 billion for school reopenings in an education stabilization fund that Senate Democrats say could swell to $430 billion to include more money for child care, colleges and other educational needs. Senate Republicans are floating some $50 billion to $75 billion in education funds, but talks are still ongoing.

This week, GOP Sen. Joni Ernst of Iowa, along with Sen. Lamar Alexander, R-Tenn., the chairman of the Health, Education and Labor Committee, proposed child care grants to providers who safely reopen. Similar bills in the past have come with about $25 billion in funding.

"We want schools to be open, and they will be open," Trump told reporters Wednesday at the White House, before departing for an event in Georgia.

Trump's advisers are split, with some pushing an even more robust education expenditure, even if it riles Republicans intent on keeping record-setting deficits down. Some conservatives want the education dollars tied to school reopenings or even sent directly to parents, like a school voucher.

The two sides are also divided over how much aid to send to cash-strapped states and cities pleading for money and out-of-work Americans at a time of record-setting unemployment.

Republicans want to adjust the $600 weekly unemployment boost that expires at the end of the month. They say it's a disincentive to returning to work and want to reduce it to a few hundred dollars a month.

In its place, Republicans are looking at a return-to-work stipend as well as tax breaks for employers who upgrade workplaces with safety measures to prevent the spread of the virus.

Democrats want to keep the $600 jobless benefit boost, and Pelosi's bill would send nearly $1 trillion to states and cities to shore up budgets and avoid layoffs of municipal workers.

Congress is also considering redirecting some already-approved funds. For example, the popular Paycheck Protection Program of small business loans has leftover funding that could be used for a revamped business loan program from GOP Sen. Marco Rubio of Florida.

One uncertainty is how to improve the nation's performance on virus testing.

Both Republicans and Democrats complain that $25 billion in testing funds that were approved in April remain unspent even as certain parts of the country have testing shortages and widespread delays in testing results.

Pelosi's bill provides $75 billion more for virus testing and contact tracing, with directives to the federal government to set up a national testing program. She said Wednesday that it's time for Trump to invoke the Defense Production Act to provide equipment and supplies needed for a testing protocol.

Republicans have not said how much testing funding will be made available in the new bill. McConnell assured Kentuckians on Wednesday, "We are pursuing testing, treatment and vaccines like the country pursued the Manhattan Project in World War II." 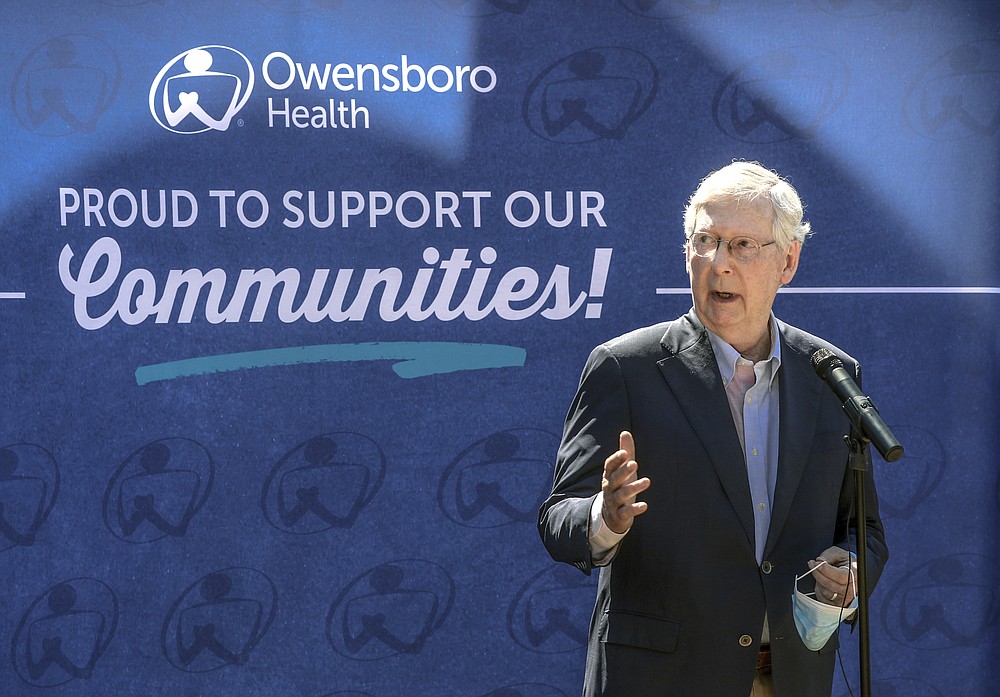 U.S. Senate Majority Leader Mitch McConnell speaks outside of the Owensboro Health Muhlenberg Community Hospital during a press conference, Tuesday, July 14, 2020, in Greenville, Ky. McConnell made the appearance to express his gratitude for Kentucky's front-line healthcare workers and to discuss the impact of the Coronavirus Aid, Relief, and Economic Security Act. (Greg Eans/The Messenger-Inquirer via AP) 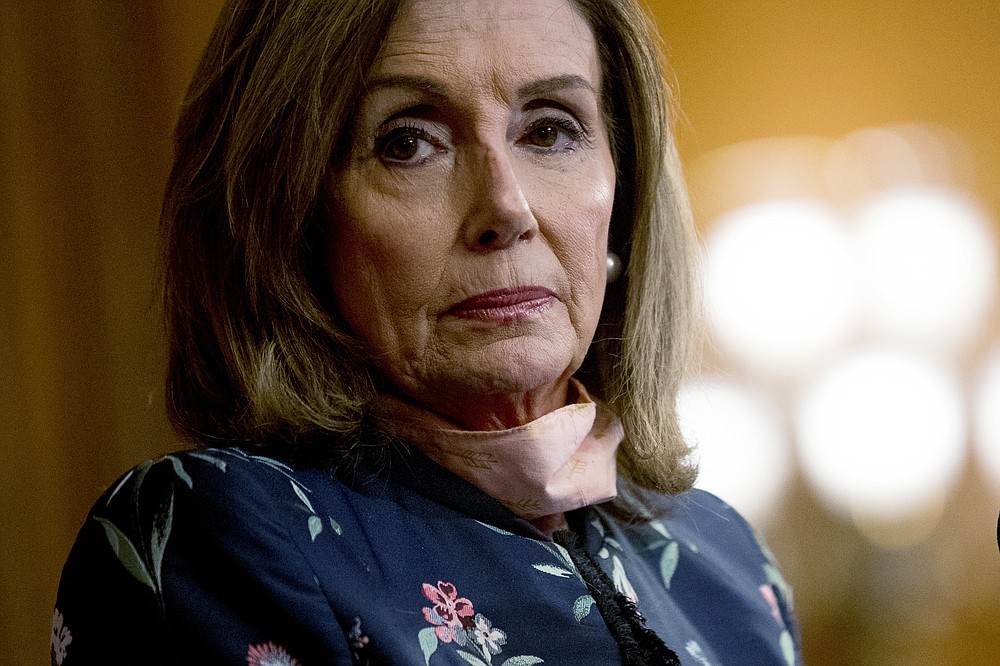