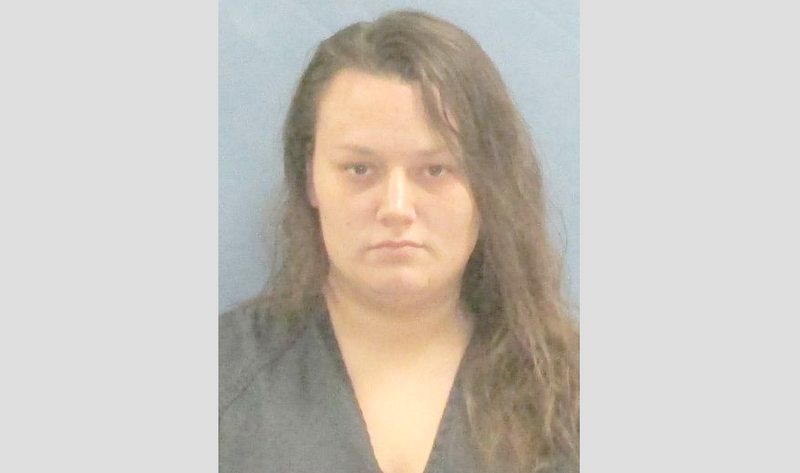 The girlfriend of a man accused of leading a Russellville-based white supremacist group that directed a violent methamphetamine ring pleaded guilty Thursday to helping him and another man escape from the Jefferson County jail in Pine Bluff last summer.

She admitted that on the night of July 29, 2019, she picked up her boyfriend, Wesley Gullett, 31, and another man who was jailed on unrelated charges, Christopher Sanderson, outside the jail, and drove them about 130 miles away, dropping them off north of Dover in Pope County. She admitted she also provided Gullett with some food and other supplies.

The men, who were both being held as federal prisoners, had piled bundles of clothing beneath the blankets in their cell to give the appearance they were asleep in their bunks, and then walked off the roof of the jail, past the fence, to escape.

Jailers didn't notice the men had disappeared until the morning of July 31.

On Aug. 1, the chief of the Dover marshal's office was driving in the city when he passed Gullett, whom he recognized, and turned around and arrested him without incident. Later that evening, U.S. marshals and the Arkansas State Police searched for Sanderson, of Jacksonville, in the Ozark National Forest near Pelsor, a community about 30 miles from Dover. They said he yelled out from the woods that he was ready to be picked up, saying,"I'm done."

A deputy U.S. marshal said Sanderson was extremely dehydrated and was taken to a hospital.

Gililland, Gullett and Sanderson were scheduled for a jury trial on the escape charges beginning Monday. However, the trial is likely to be postponed. Gullett's attorney, Leslie Borgognoni, said in a motion for continuance that the case "is not presently in a posture to proceed to trial" and that she didn't want to prejudice the other case, in which Gullett faces a possible life sentence if convicted. Borgognoni noted that the government doesn't oppose the request.

Federal prosecutors say Gullett is president of the New Aryan Empire, a white supremacist group that began in jails and prisons, and operated a methamphetamine ring until federal agents broke it up last year. Seventeen of 54 defendants indicted last year are accused of committing violent acts such as attempted murder, kidnapping and maiming as part of a conspiracy to distribute the drug.

Two jailers who were on duty at the time of Gullett and Sanderson's escape were later fired.

Gililland, who was represented by attorney Blake Hendrix of Little Rock, will be sentenced at a later date.