IN THE GARDEN: Rose rosette virus 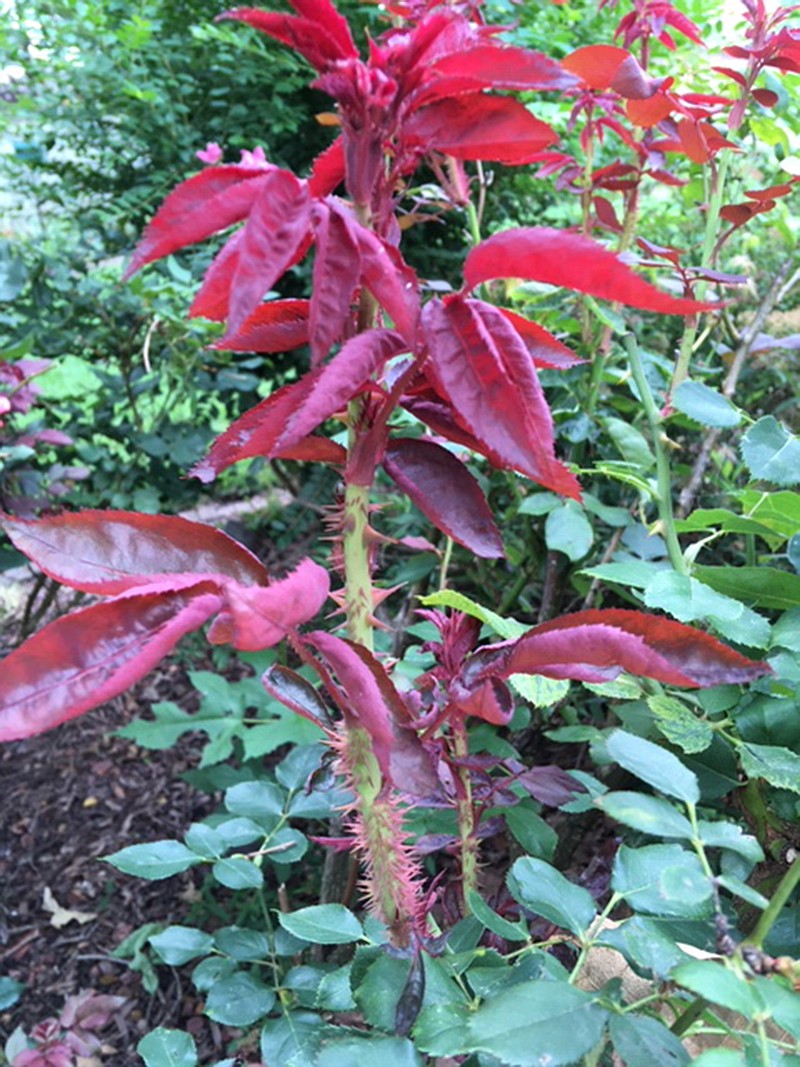 Rose rosette virus is spread by mites, which can be spread by wind. (Special to the Democrat-Gazette)

Q My wonderful Knockout rose bushes have caught the dreaded incurable rose virus. We have four rose bushes planted near one another and the two pictures I have sent show what we are seeing on two of them. We plan to remove the two bushes this week and are wondering if we should remove all four bushes. We do have other rose bushes in a flower bed about 50 feet away from these infected bushes. And we have a second question — would it be OK to plant roses in the same spot, or would you advise against it? Can you suggest a flowering bush that would bloom from spring to fall that is not susceptible to the virus?

A I would just remove the ones showing symptoms, but do keep an eye on the others. Rose rosette virus is transmitted by the feeding of a small insect-like creature called a mite. As it feeds, it moves the disease from one plant to another. Although the disease should not be in the soil, I would not recommend replanting another rose anytime soon. Especially if you are leaving the other roses in the garden. They might have mites on them and just not be showing symptoms yet, or they may not get it. If you do plant more roses immediately and the other two end up with rose rosette, then the mites could move to your newly planted roses as well. The mites could also be on the other roses in your yard. While they don't fly, they are easily transmitted by wind, and we have had a lot of wind lately. Inspect all of your roses weekly. I have had a few gardeners who spotted the symptoms early enough that they simply pruned out the damaged cane, well beneath where symptoms were showing, and they have seen no more damage. That is, unfortunately, the exception and not the rule. Good luck. 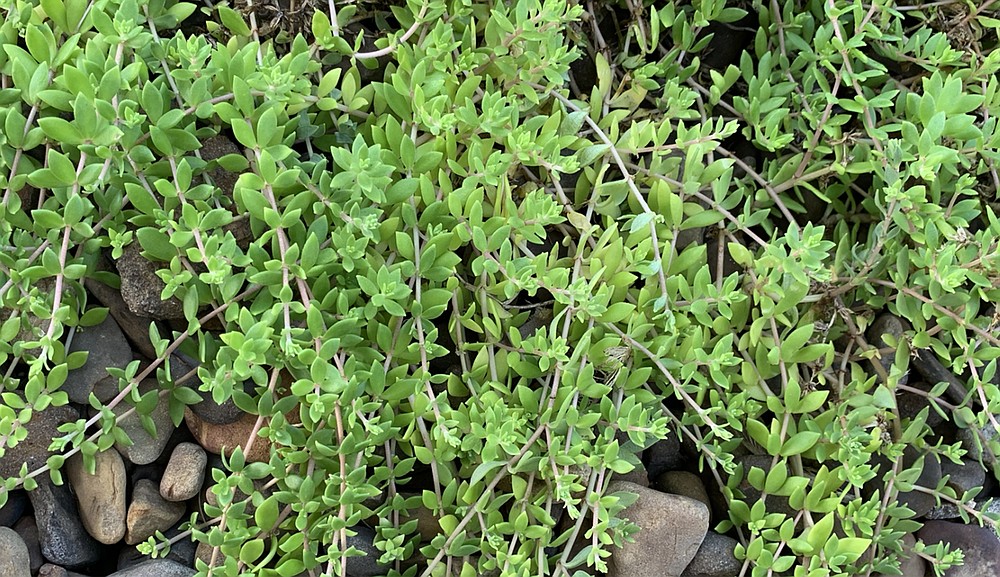 Sedum armentosum is a groundcover that can get out of hand, in the right spot. (Special to the Democrat-Gazette)

Q I transplanted some of this from my mother-in-law's yard in Kansas over 30 years ago. She called it groundcover. I was told it was sedum but was also told it wasn't sedum. Could you identify it for me, please?

A It is a sedum groundcover, Sedum sarmentosum. Be careful with this sedum, in the right location it can be quite aggressive.

Q Your weekly column in the Arkansas Democrat-Gazette has provided me many tips over the years, and I am hoping you can provide me with some guidance with my crape myrtle problem. I am not a crape murderer and have been trimming these to become trees along my driveway. A late spring freeze (28 degrees) killed all the new growth on my just-budding crape myrtles, so I waited to see what damage it would cause before asking for assistance. All of them survived but with varying degrees of damage and new growth. All of them have some limbs that appear to be dead, and all have new shoots from the bottom. The worst damage is depicted in picture No. 1, and typical damage is in picture No. 2. My questions are about what to do about the dead limbs. Do I trim the dead stuff off now, or wait until the normal late winter trimming period? When I do trim, how far down to the existing new growth that came out after the freeze do I cut? Do I cut off the new ground shoots now or wait until winter?

A You were not alone in having winter damage on crape myrtles. Some were hit in the fall with the early hard frost before the plants were fully dormant, and then some got a double whammy by losing new growth to a late frost. Your job now will be to retrain your crape myrtles back into trees. Remove all the dead growth and then limit the new suckers/sprouts to three to five, spaced evenly apart. If you leave all the new growth, you will end up with way too many trunks, and it will be more bush-like versus tree-like. 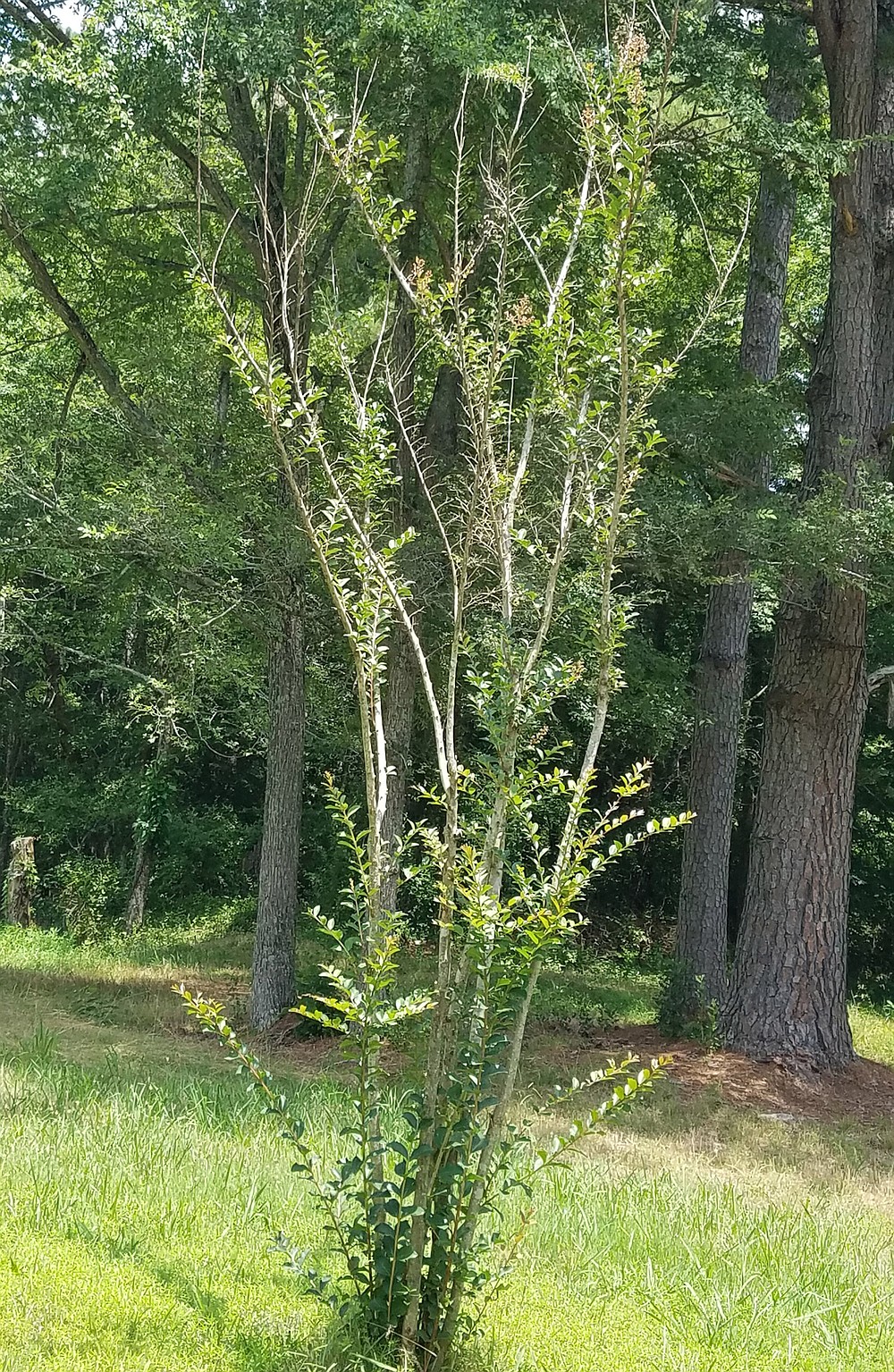 To begin retraining this winter-damaged crape myrtle into a tree, prune out the dead limbs and all but three to five of the sprouts. (Special to the Democrat-Gazette)

Q Many insect remedies call for insecticidal soap. Big box stores don't carry it. Where can I find?

A I have seen Safer brand, Bonide, Garden Safe, Natural Guard and Natria brands of insecticidal soap at many area box stores and local nurseries. If all else fails, you can make your own. Mix one or two teaspoons of Murphy Oil soap in a gallon of water. I would go with the lighter formulation now since temperatures are higher. Make sure plants are well watered before you spray, and avoid the heat of the day.