Activities at airport in Mena detailed 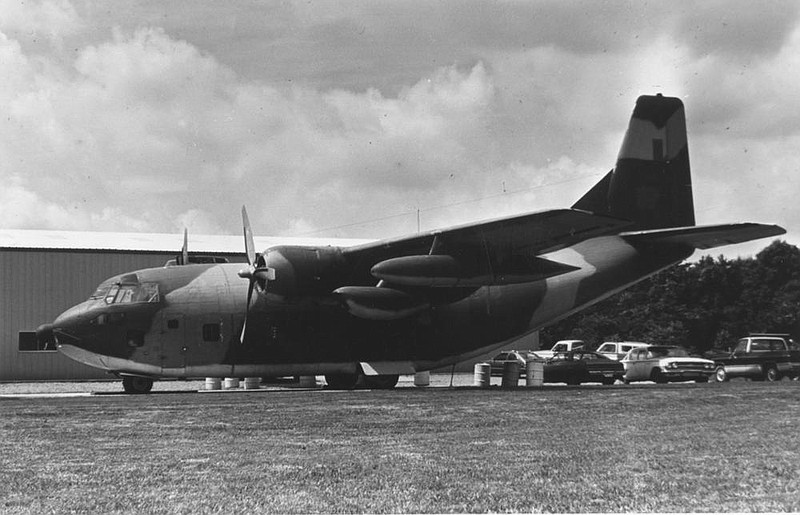 A C-123K cargo plane, like this one, was out tted at the Mena airport and “ ew with various cameras ... to obtain photographic evi- dence of the Sandinistas in the act of smuggling narcotics,” according to an entry in the Encyclopedia of Arkansas (Arkansas Democrat-Gazette file photo)

An "extensive joint investigation" by the FBI, Arkansas State Police and IRS revealed that Barry Seal used the Mena airport for "smuggling activity" from late 1980 until March 1984, according to an internal FBI document released last week.

Seal, a pilot, moved much of his smuggling operation from Baton Rouge to Rich Mountain Aviation at the Mena Intermountain Airport, according to the May 1986 FBI memo.

In February 1986, Seal was killed in a hail of machine-gun fire outside a Baton Rouge Salvation Army halfway house after allegedly crossing Pablo Escobar and the Medellin drug cartel.

"Prior to his death, Seal admitted to smuggling large quantities of cocaine from South America (Columbia) to United States and testified before Senate investigative committee," according to the FBI memo, which referred to a telephone call between agents in Little Rock and Miami.

People in Mena say the drugs never got there, that the drugs were jettisoned over drop zones in the Louisiana swamps before Seal's planes made it back to Mena.

"It's my understanding that no drugs ever came to the airport," said Fred Ogden, the current airport manager. "I've heard that stated by a lot of people."

Seal's mysterious activities have spawned books, movies and a cornucopia of conspiracy theories. 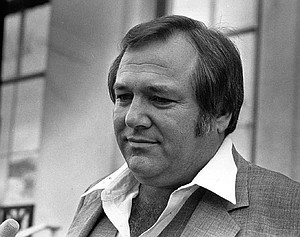 In its review of the 2017 movie "American Made" -- about Seal -- the New York Times called it the Conspiratorial Industrial Complex.

After a barrage of requests from different people and media outlets under the federal Freedom of Information Act, on Wednesday the FBI released more than 1,000 pages of its file on Seal: vault.fbi.gov/recently-added. About 25 pages of that trove refer to Arkansas or Mena. Many names in the documents have been redacted.

Connor Hagan, a spokesman for the FBI in Little Rock, said the release of so much information into the FBI's public "vault" doesn't mean that the documents haven't previously been made public. He said parts of it could have been provided to people under previous information requests. Hagan said he didn't know how many pages of material on Seal have yet to be made public by the FBI.

In the 1980s, the Mena airport was the reported base of a drug-smuggling, money-laundering and arms-smuggling ring run by Adler Berriman "Barry" Seal, according to an Encyclopedia of Arkansas entry on the airport.

"There are also allegations that the U.S. Central Intelligence Agency used the airport as a base of operations to help train pilots and troops for the intervention in the Nicaraguan uprising by the Contras during the 1980s," according to the encyclopedia entry, which was written by Robert Sherwood of Georgia Military College.

Counterrevolutionaries, known as Contras, were battling the Sandinistas. And the U.S. was covertly backing the Contras.

"According to some reports, the [Mena] airport, from 1981 to 1985, was a major transit point for the entrance of cocaine and heroin into the United States," Sherwood wrote. "The estimated value of the narcotics smuggled through the facility is $3 [billion] to $5 billion. For a portion of this time, the alleged ringleader of the drug smuggling, Seal, appeared to have been working with the CIA and the Drug Enforcement Agency. The goal was to expose the involvement of the Nicaraguan Sandinista regime as a major supplier of cocaine from Colombia."

One mission involved a C-123K cargo plane that was outfitted at the Mena airport.

"The aircraft flew with various cameras used to obtain photographic evidence of the Sandinistas in the act of smuggling narcotics," Sherwood wrote. "Allegations later surfaced that many of the gun shipments sent to Nicaragua as part of the Iran-Contra Affair were sent from the Mena Intermountain Municipal Airport. In essence, not only was the airport used to smuggle illegal drugs into the United States, but it was also a departure point for weapons used to arm the Contras in Nicaragua."

According to a 1988 Senate Foreign Relations Committee report, Seal's associates at the Mena airport were also being investigated.

"Despite the availability of evidence sufficient for an indictment on money laundering charges, and over the strong protests of state and federal law enforcement officials, the cases were dropped," according to the report. "The apparent reason was that the prosecution might have revealed national security information, even though all of the crimes which were the focus of the investigation occurred before Seal became a federal informant."

"In other words, the charges of drug smuggling and money laundering were not enough to warrant the release of information about the use of the airport in the Iran-Contra Affair," wrote Sherwood for the Arkansas encyclopedia.

The FBI in Little Rock began investigating Seal's operation at the Mena airport in February 1984, according to the recently released FBI document. The name of another person under investigation was redacted.

"At the time Seal started cooperating with DEA Miami, he had an established base at Rich Mountain Aviation and had frequent contact with subjects," according to the document.

But there were still questions regarding the Mena airport and people who worked there, according to the FBI memo.

"Little Rock [FBI] is attempting to establish that [redacted] modified, maintained and stored Seal's aircraft with the knowledge that he was involved in cocaine smuggling activities prior to Seal's plea bargaining agreement on March 24, 1984," according to the memo.

FBI agents in Miami wanted to know what Seal might have told people at Rich Mountain Aviation regarding his smuggling activities, according to the document.

A 1983 document in the recently released trove referred to a telephone conversation between the FBI and Polk County Sheriff A.L. Hadaway.

Hadaway said an informant told him a "narcotic smuggling operation" was headquartered out of the Mena airport and that a man named Barry from Baton Rouge was in charge of it.

The New York Times and "West 57th," a CBS television news show, were working on stories about CIA activities at the Mena airport, according to a 1987 FBI memo released last week.

"The original information dates back to the activities of a pilot, Barry Seal (now deceased), who is purported to have flown guns to South America from Mena and drugs back into the United States," according to the memo.

"The information indicates that Seal was an informant for DEA at the time but also working as an operative of the CIA. During the past few years, the activity at the airstrip has aroused the interest of local law enforcement, who then attempted to conduct some investigations but were blocked by the U.S. attorney."

"I initiated a grand jury investigation in relation to money laundering through the Mena airport in 1985," Hutchinson said Friday. "I resigned from the office in November of 1985, and my successor took over the investigation. I started it and pursued it but was unable to complete it because I left the office. No investigation was blocked."