This week, I got my plant fix by visiting a nursery in Mt. Vernon that I had not been to in years.

Jeb Leggett started his business in Little Rock, but moved Custom Landscape in 1996 to Mt. Vernon as a wholesale nursery growing a wide variety of mainly woody plants--trees and shrubs, with some unusual varieties. 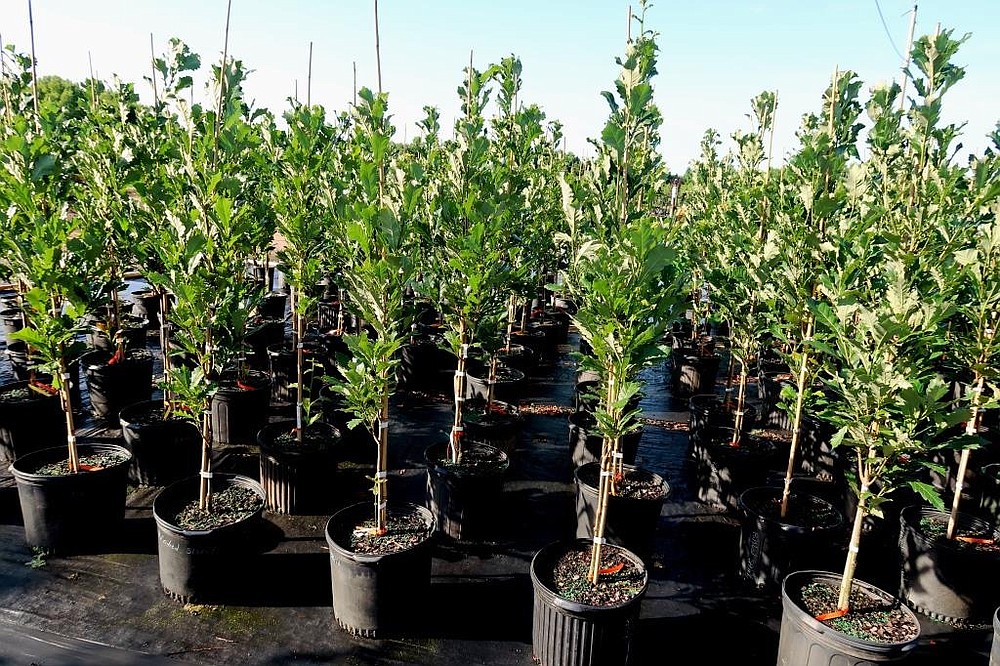 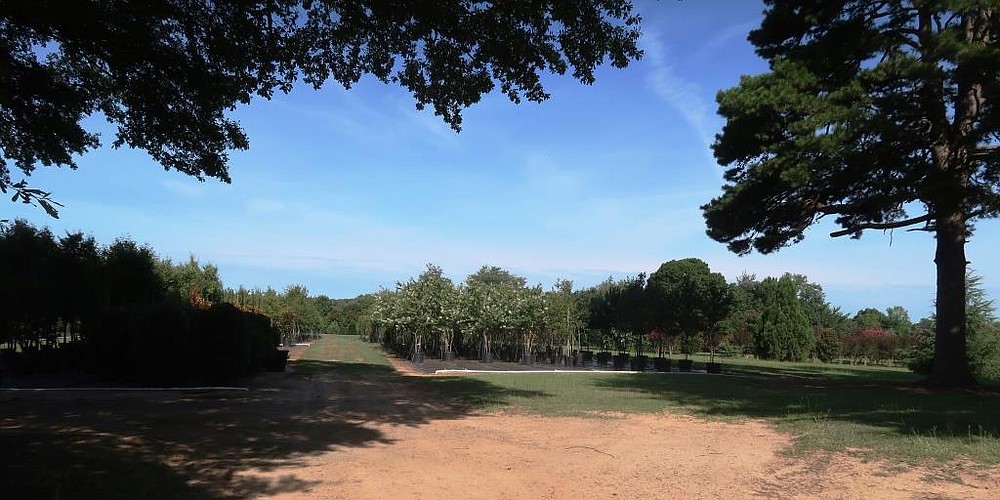 That was probably the last time I visited, so I was amazed at the vastness of this nursery and the quality of the trees and shrubs. If you are looking for annuals and tropicals, you won't find them here. While they do handle some perennials, this late in the season, the numbers were small. They also don't have a large stock of small potted shrubs and trees, but there are some.

However, if you are in the market for larger trees and shrubs, this is your place. The smallest containers are typically 3-5 gallons, but they go up to 25 gallon specimens, and they have a tree spade that can dig even larger trees.

The nursery is now open for retail and wholesale business and is open Monday through Friday from 8 a.m. until 5 p.m. and on Saturdays from 8 a.m. until noon. They are closed on Sundays. We got there as soon as they opened to beat the heat. We started in the sun beds and ended in the shade hydrangea/hosta area. We had a great time exploring. My biggest complaint is that most of the plants aren't labeled and prices are not listed. I think this harkens back to wholesale only days, where clients often called in an order and they packaged it up and delivered. Now we had to find Jeb and ask him specific varieties and prices. 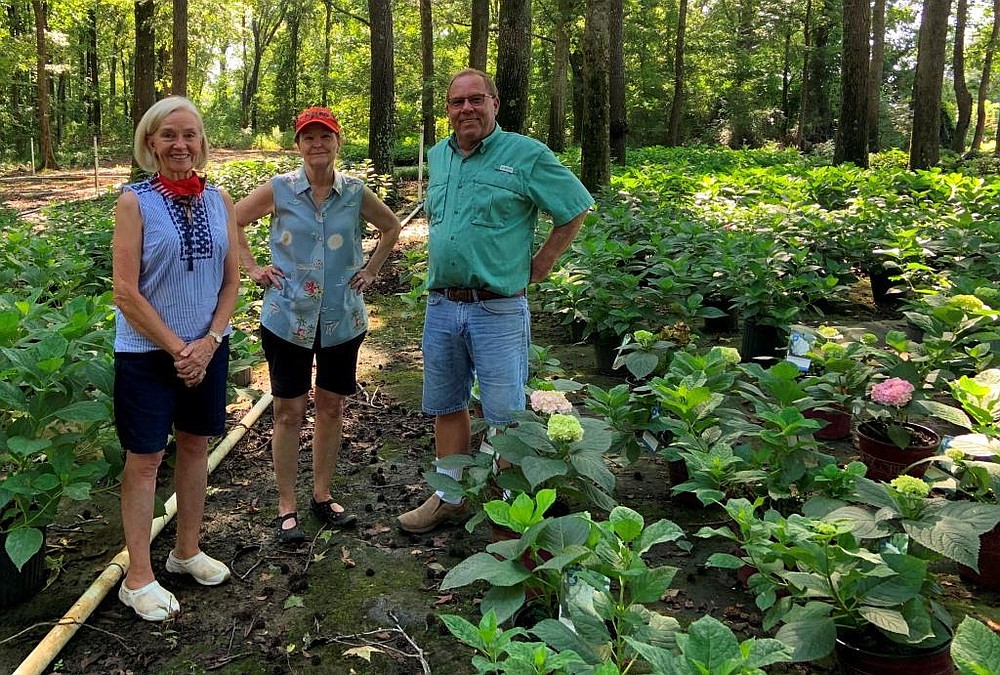 While none of really needed any plants, you know what I am going to say next--and yes, we did buy plants. Carol and I came home with an evergreen dogwood Cornus angustata 'Empress of China', 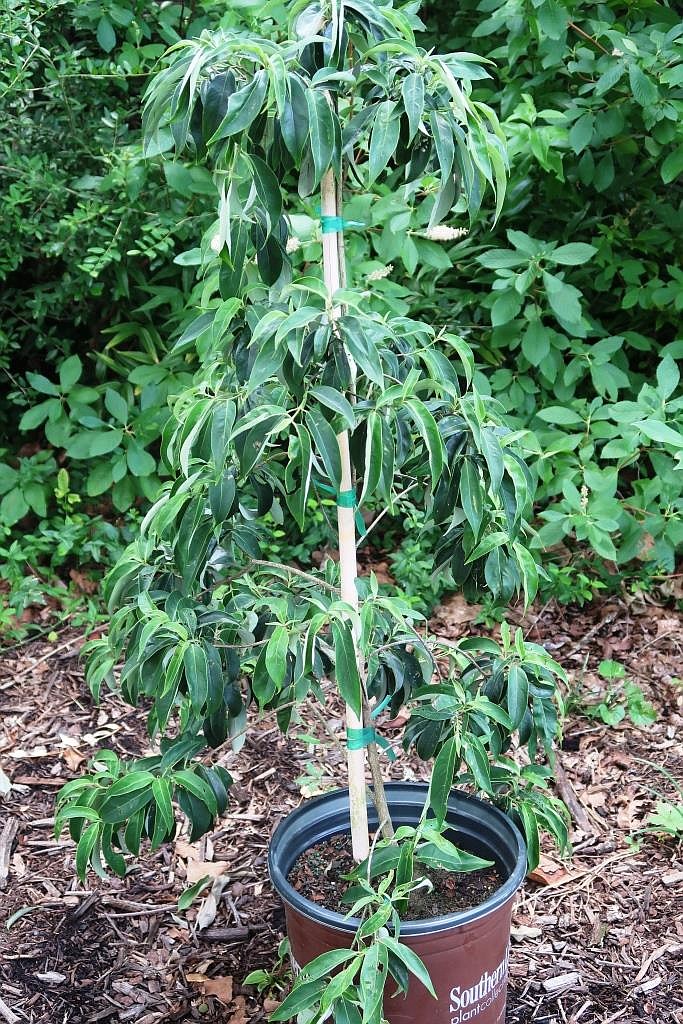 and I also got a Fatsia 'Spider's Web', 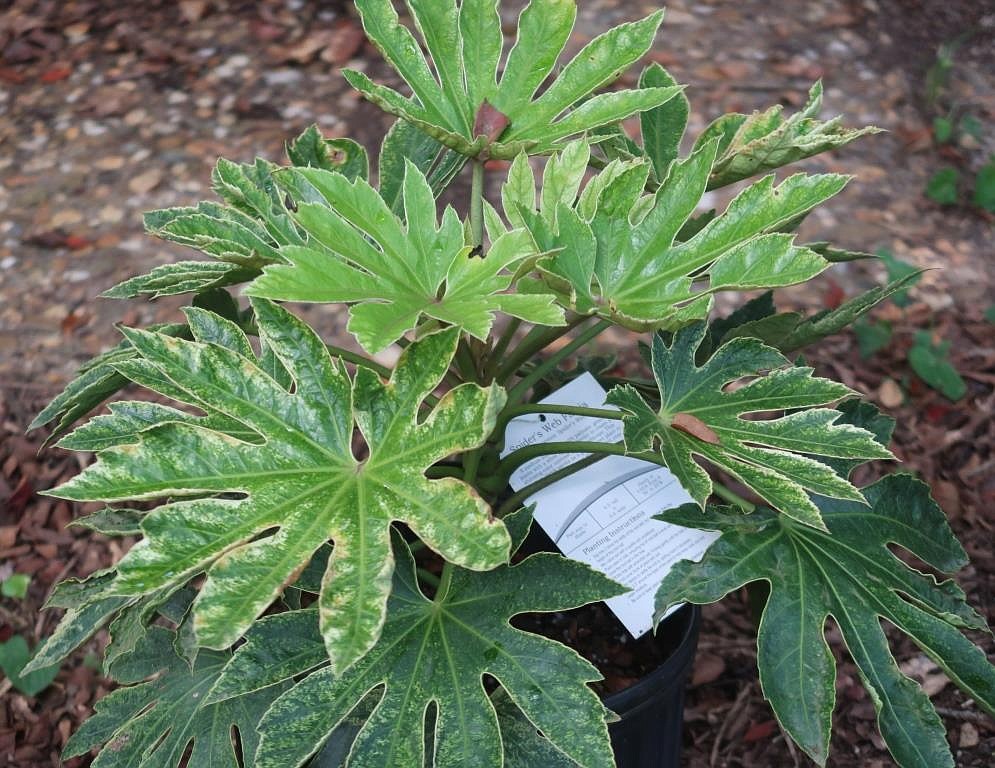 a rose bush, and a unique rosemary called 'Chef's Delight'. 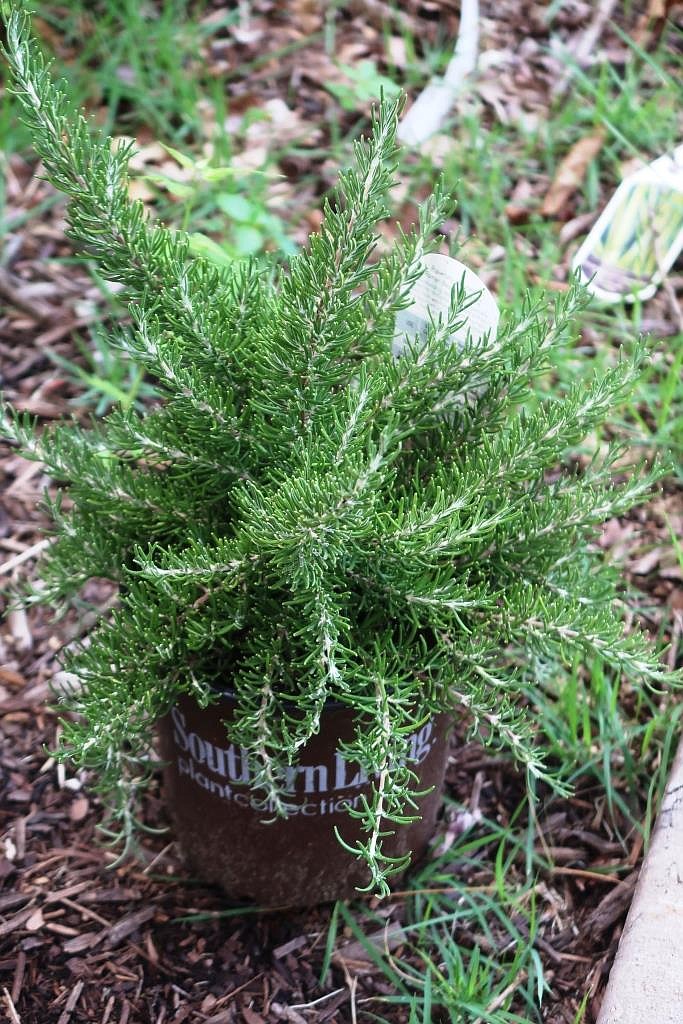 The car was actually pretty full on the way home.

With the weather we are having, I am not planting anything any time soon, so they are in their pots under the sprinkler system. We were smart to get there early. This week the weather has been so hot and humid that we would not have stayed long had we gone later in the day.. In Mt. Vernon, we had a nice breeze early in the day, and ended up riding the gator with Jeb later, which added to the breezy effect.

I will be heading back this fall for some other plants. This is a hidden gem in Faulkner county. This is not a place you will be driving by and think, oh let's stop in and see what they have. You need to plan a trip. It is not far from Little Rock, but off the beaten path. To see what else he has to offer, visit his website.