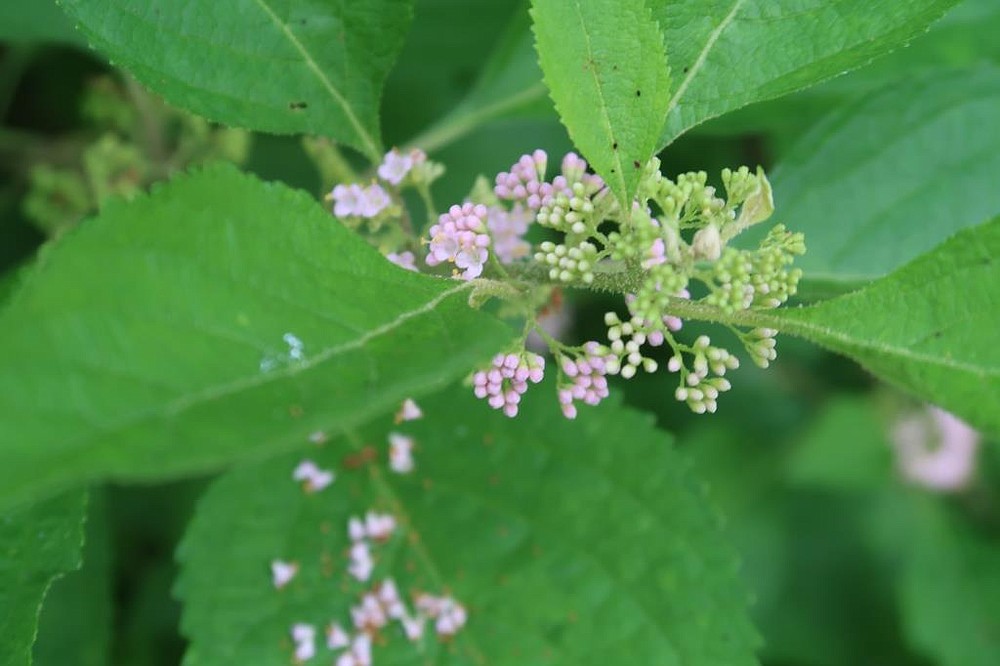 Callicarpa americana – American beautyberry or French mulberry are common names. This native shrub is a member of the verbena family and is at its showiest in the fall when the clusters of ringed berries turn brilliant shades of purple, 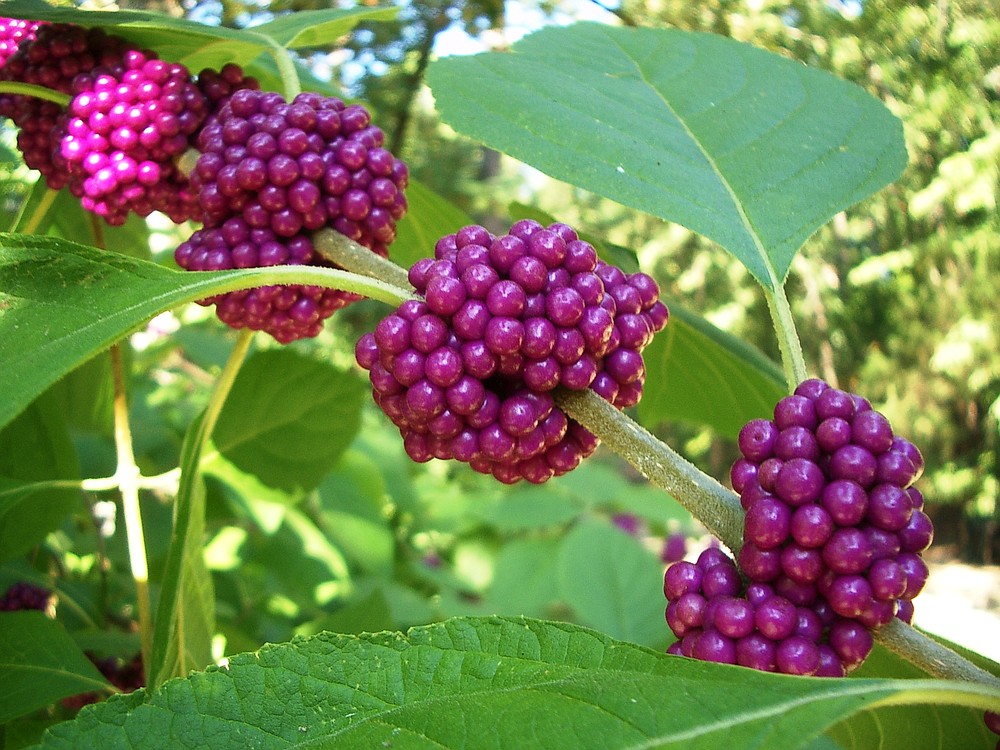 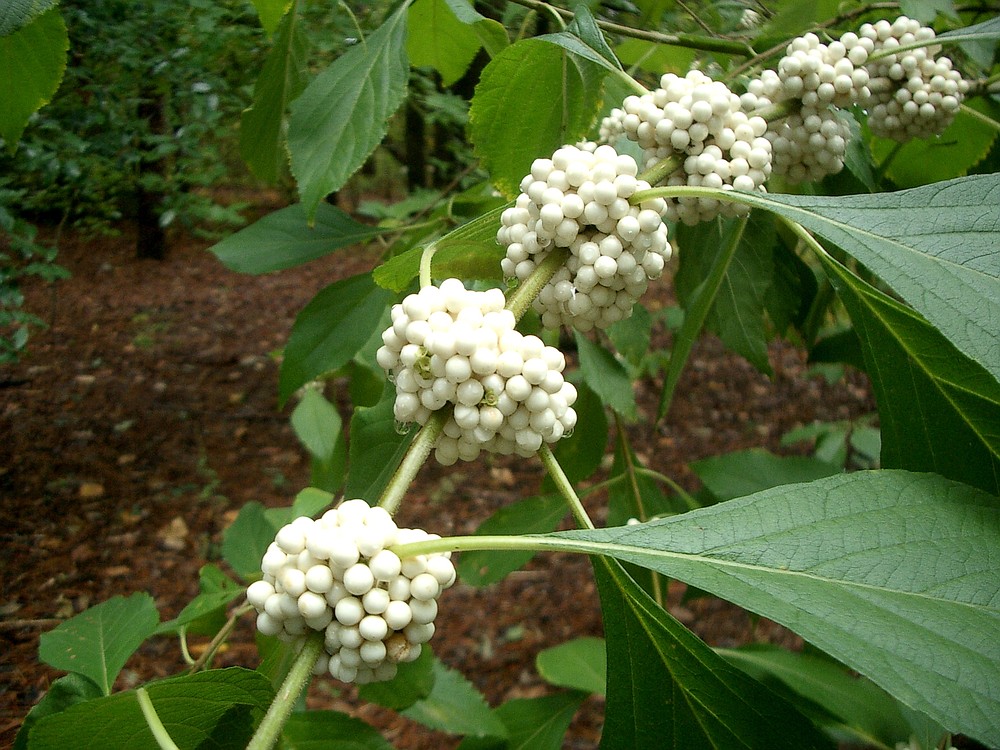 During the summer months, it produces small clusters of pale pink flowers which are the precursor to the berries. It blooms and sets fruit on the new growth, so you can prune it as much or as little as you want before growth begins. If left unpruned it can grow up to feet tall and 8-10 feet wide. It will grow in full sun to partial shade, but berry set will be best where it gets at least 4-6 hours of sunlight. While typically disease and insect free, in recent years we have seen some crape myrtle bark scale on a few plants. Let’s hope that doesn’t multiply. An added bonus is that before the leaves shed, they turn a brilliant yellow. 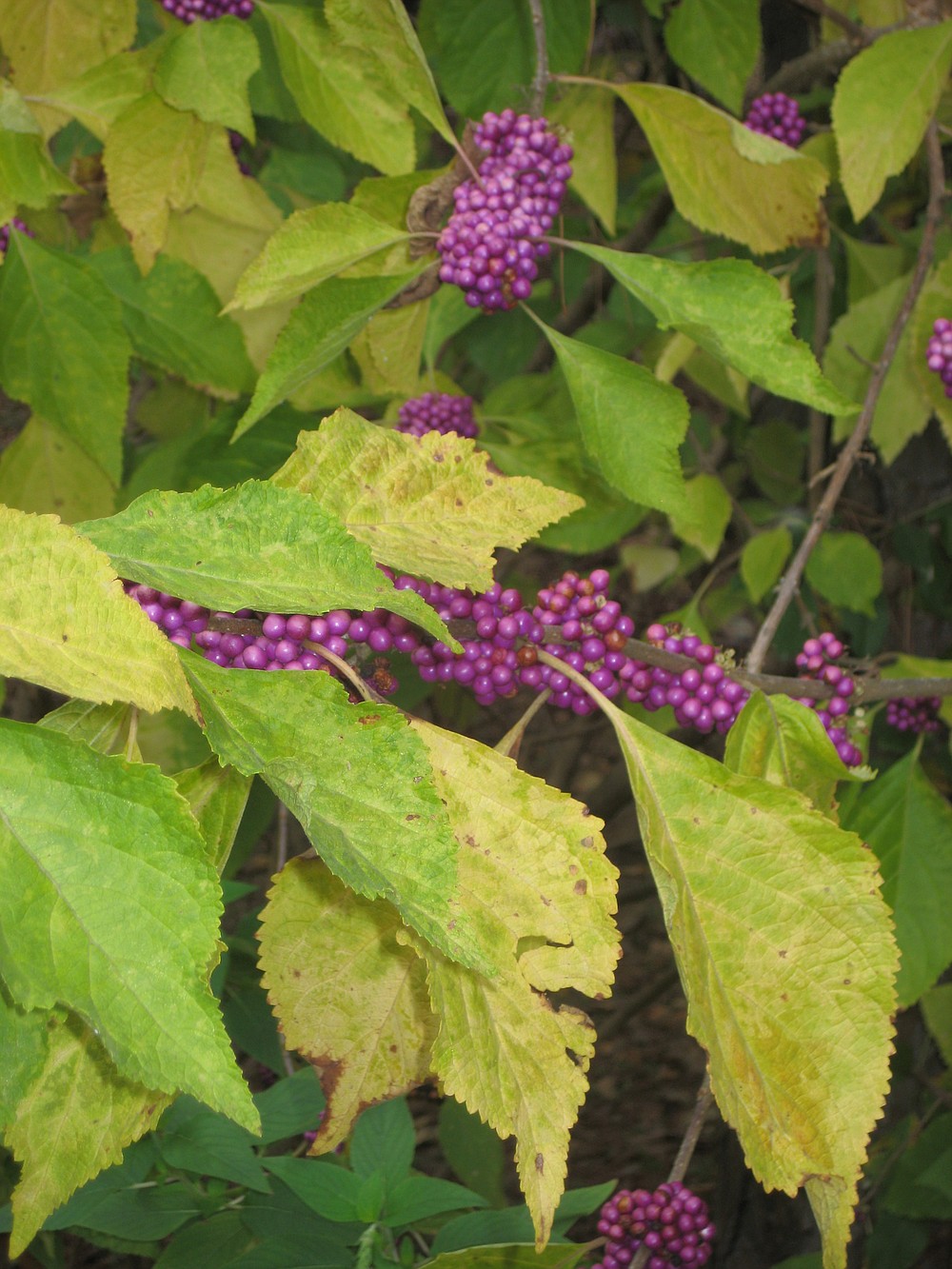 The color combination of yellow and purple is stunning. It is fairly drought tolerant but berry set will suffer from prolonged periods of drought.

While I have never eaten the berries, everything I have read says they are not very tasty, but a jelly could be made from them. As tiny as the fruits are, that seems like too much work for me—but they I am not a jelly fan either. 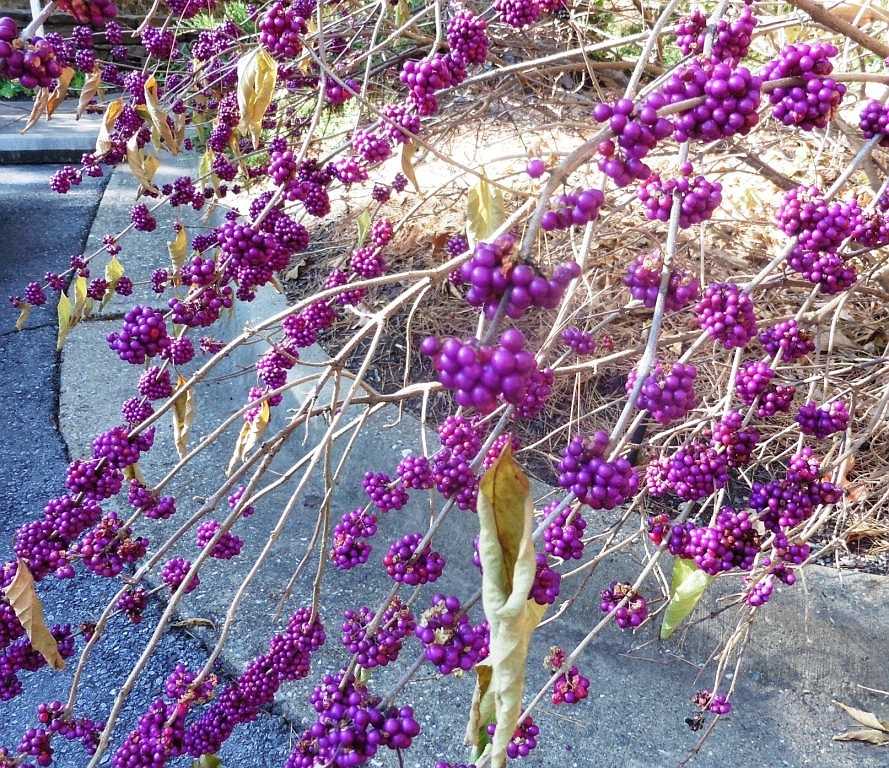 I would rather leave the fruits for the birds. 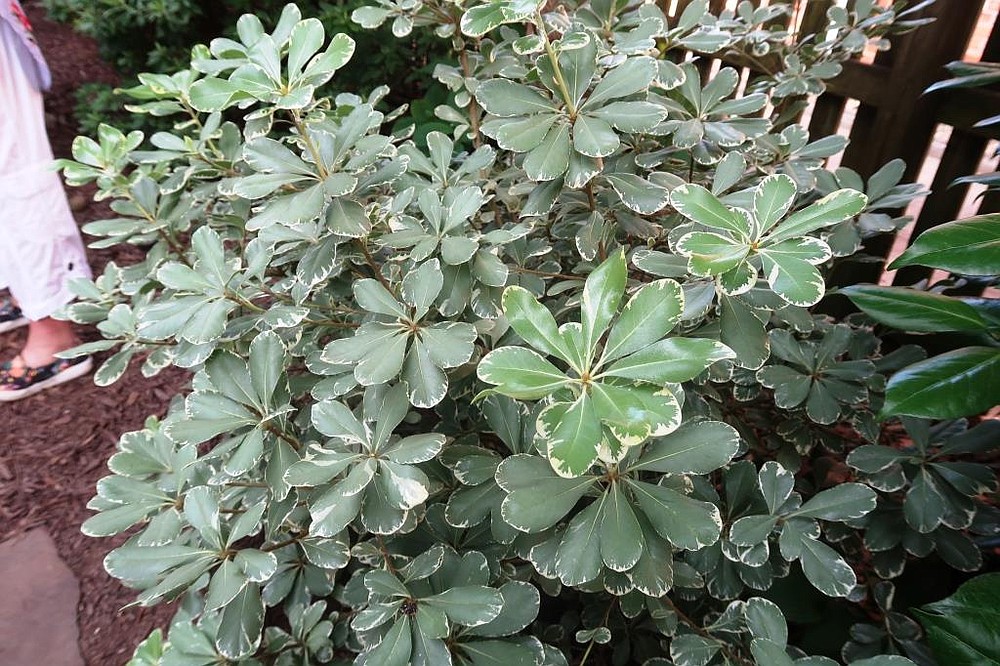 This Asian evergreen shrub comes in both a green and variegated form. 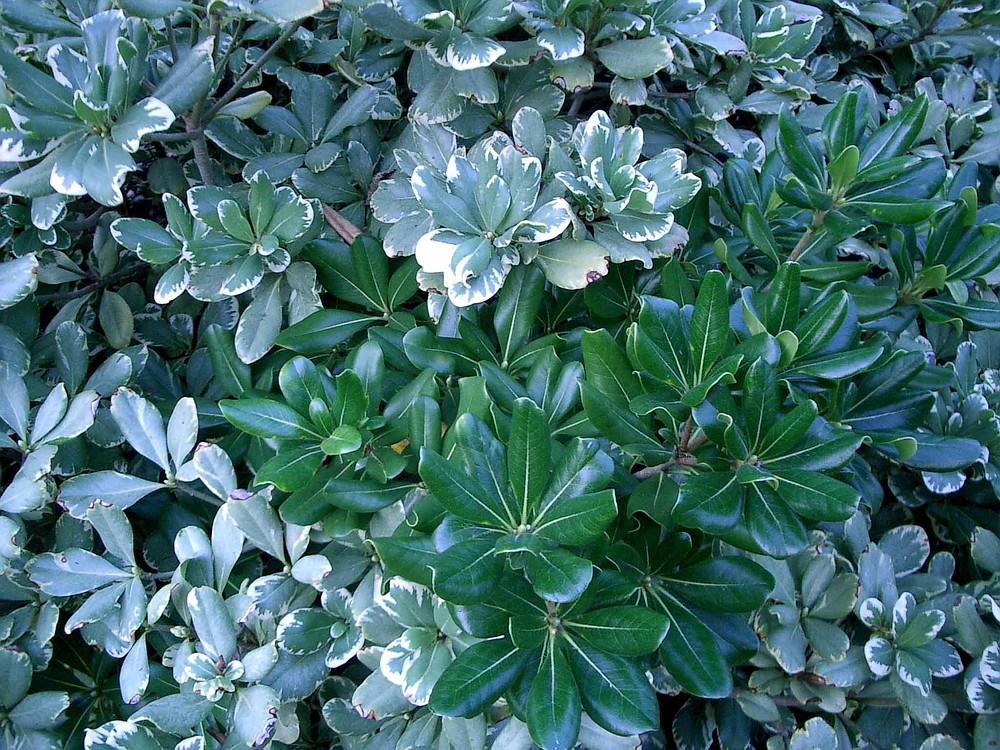 Supposedly there are 200 varieties, which can vary with overall size and hardiness. Most are only hardy to 10-15 degrees without damage, so this plant is not recommended in the northern tier of Arkansas. While the plant will grow in full sun to fairly deep shade, some afternoon shade is recommended the further north it is grown. Remember that plants that suffer from winter damage do better in a more protected spot, and afternoon sun is best avoided. While grown primarily for its foliage, there are sweet-smelling small white flowers in the spring. 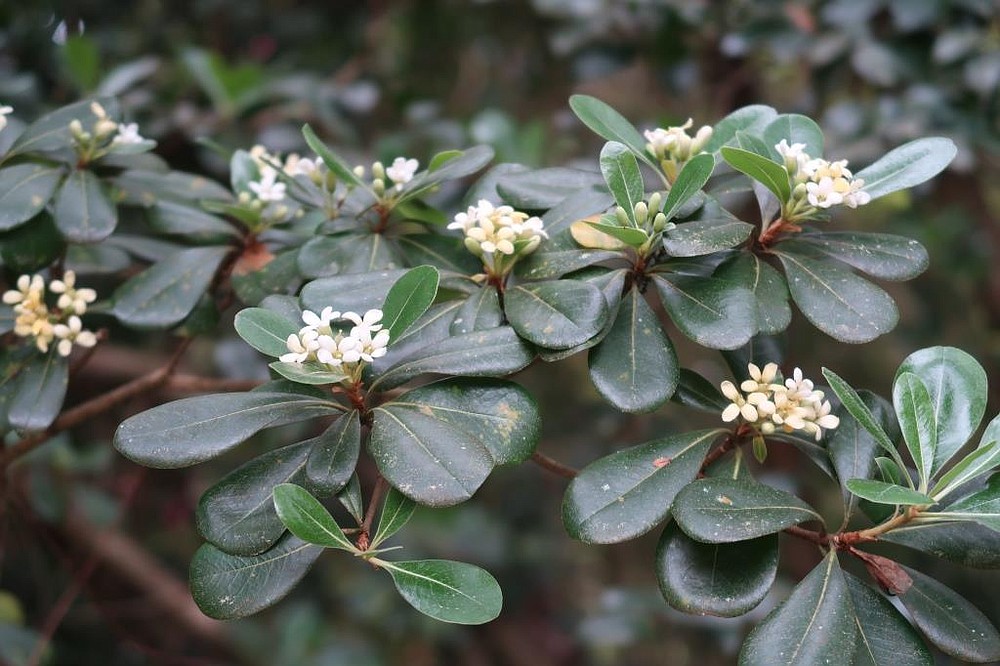 This shrub is more common in south Arkansas. Mature size is usually 6-8 feet tall and wide with most varieties. There are some dwarf forms as well. They are fairly tolerant of a wide range of soil types, but do prefer good drainage. Once established, they are fairly drought resistant. 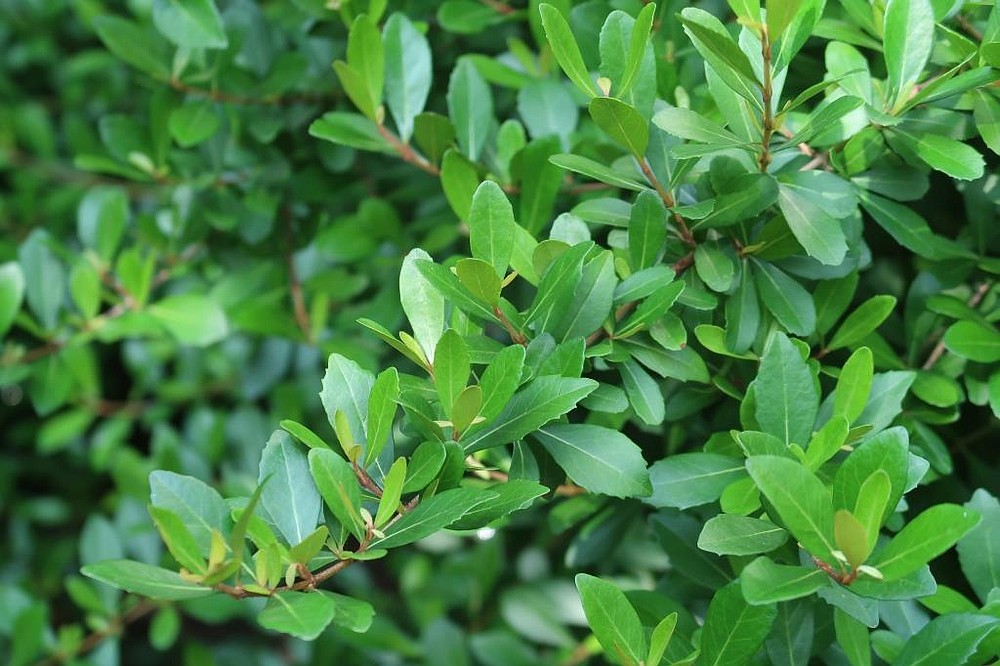 commonly called small-leaved viburnum or Walter’s viburnum looks nothing like what most people think of as a viburnum. The leaves look very similar to a yaupon holly leaf. This semi-evergreen plant has a rounded growth habit. In milder climates it will be evergreen, and in colder winters it will shed up to half its foliage. The standard variety can grow as a large shrub or small tree, but there are more compact forms available. 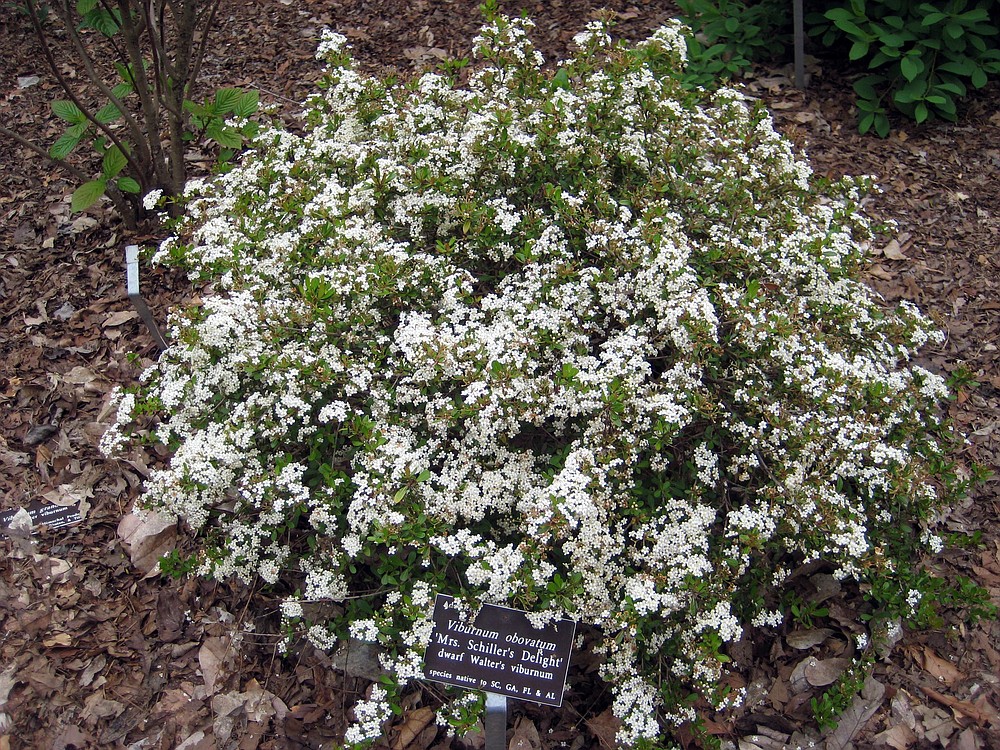 The first time I saw the plant it was in bloom in North Carolina at Raulston Arboretum. The variety was a dwarf form called Mrs. Schiller’s Delight. 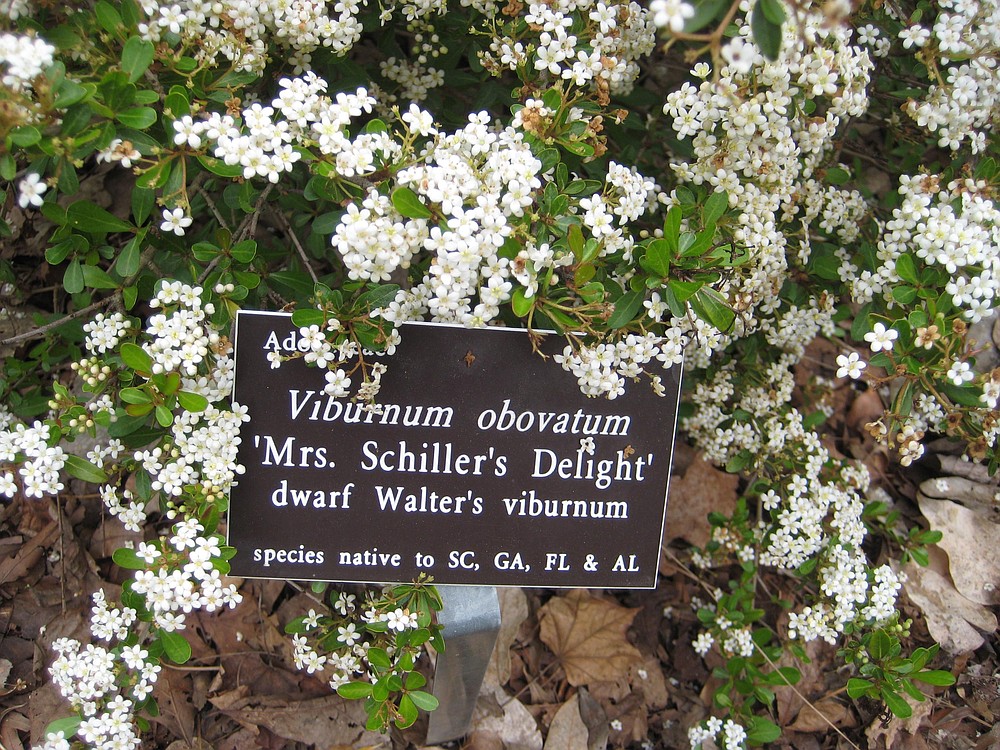 The plant is native to the southeastern United States along the coastal plane from South Carolina, to Florida, Georgia and Alabama. It blooms with small clusters of white flowers 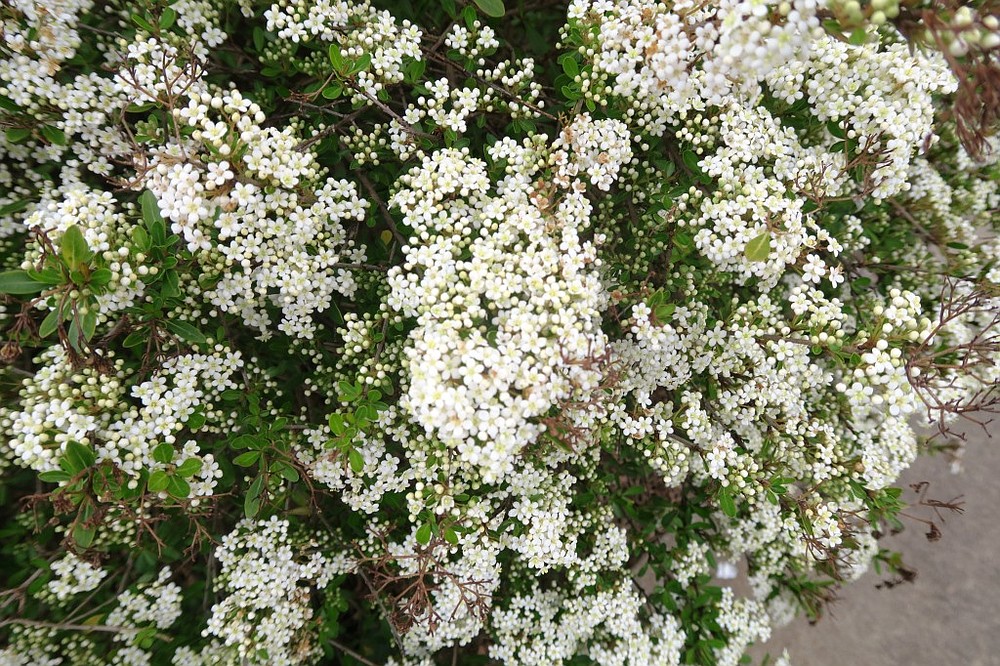 in late winter to early spring. Small black fruit will form after the flowers. It does need regular watering when dry. It blooms best in full sun, but will also grow in more shade.