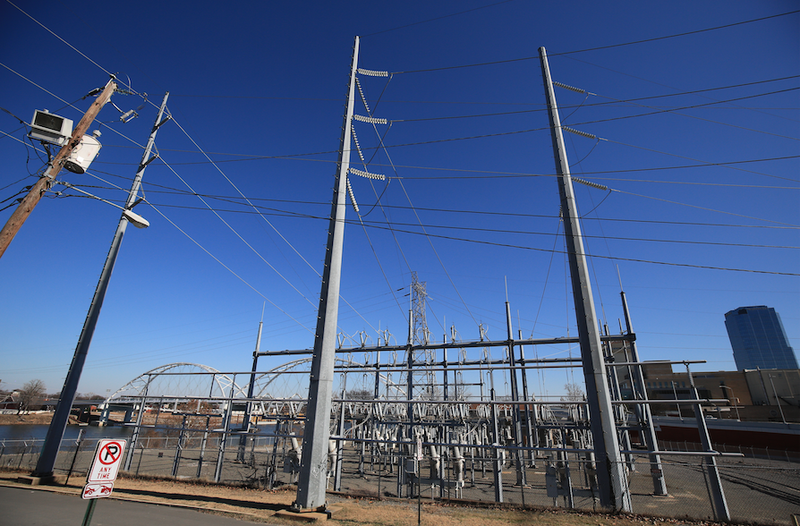 Entergy Arkansas customers are in line for a $15 million refund by the end of the month, though the electric utility is contesting an order from the state Public Service Commission to make the payment.

The commission ordered the refund on July 1 in a blow to Entergy, which originally asked to impose a $135 million rate increase for its Arkansas customers.

The refund is due on July 31, according to the commission’s ruling, but Entergy is requesting more time to ask for a rehearing in the case and also wants to pay out any refund over 12 months.

That request is opposed by the commission staff and the Arkansas Electric Energy Consumers Inc., both of which contend Entergy Arkansas likely won’t win an appeal and is delaying the ordered refund.

“We think this is a big win for our customers,” Steve Cousins, executive director of the consumer group, said Monday. “We were facing a big rate increase and now we’re going to get a refund.”

Residential customers would receive a one-time average refund of $8 if the utility is ordered to issue a refund this month. If Entergy is allowed to spread the refund over 12 months, that average residential user would receive about 67 cents per month, an Entergy spokeswoman said Monday.

The docket at the commission was opened in May when Entergy filed for a $135 million rate increase. The proposal would have increased rates by $62 million for residential customers and by $70.4 million for businesses and industrial customers.

Entergy claimed the rate increases, which would have been in place for two years, were needed to make up for federally ordered reimbursements that the Arkansas utility made to other Entergy-owned utilities in neighboring states.

The commission rejected that request and instead found that Arkansas ratepayers were overcharged, noting that Entergy used “improper accounting” procedures.

The ruling said that Entergy’s proposed rate increase “is not in the public interest” and also pointed out that residential and business customers in Arkansas should not be responsible for Entergy’s wholesale business.

“Were this commission to hold otherwise, [Entergy’s] retail ratepayers would be held solely responsible for [Entergy’s] wholesale business costs, an obligation which belongs entirely to [company] shareholders,” the order said.

The commission ruled that the refund of $13.7 million, plus interest, should be made by July 31. The total refund would be about $15 million, according to estimates from Entergy.

Entergy’s preferred route is a rehearing and then a decision on a refund.

“This way, we don’t find ourselves in the position of refunding money and then having to re-collect it from customers,” spokeswoman Kacee Kirschvink said Monday.

“Accordingly, we believe this is a reasonable request to avoid customer confusion and bill inconvenience by having to re-collect monies that were refunded if the [commission] reconsiders or modifies the order on rehearing.”

Public Service Commission staff and the consumer group oppose any delay and are adamant that Entergy should issue the full refund by the end of the month.

“This whole thing was pretty bold on Entergy’s part,” Cousins said Monday. “This whole docket was about benefiting their shareholders, not their ratepayers.”

New Orleans-based Entergy Corp. delivers electricity to customers in Arkansas, Louisiana, Mississippi and Texas through operating companies in each state.

The current case in Arkansas dates back to 1982, when the Arkansas utility and its sister companies agreed to joint planning for the generation and transmission of electricity.

From 2000-2009, Entergy Arkansas made sales of short-term energy to companies outside the Entergy system. The Louisiana Public Service Commission challenged the sales, and federal regulators ruled against Entergy.

To comply with the federal ruling, Entergy Arkansas in December 2018 made payments of $135 million to its affiliates in Louisiana, Mississippi and Texas. That money was then refunded to customers in those states.