MUSIC: Margo Price not afraid to alienate some fans 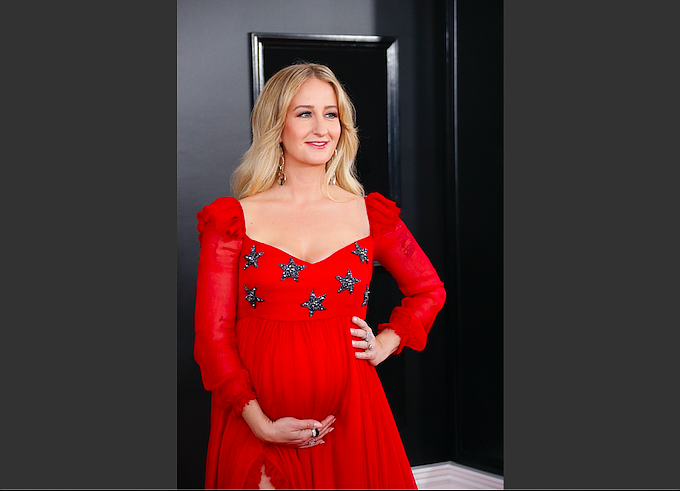 Margo Price has a new album titled “That’s How Rumors Get Started.” There’s no doubt what kind of music it contains: “Because of the way that I sound, I’m gonna be labeled country until I die. It doesn’t matter what instruments I put behind it.” (Los Angeles Times/TNS/Marcus Yam)

With her wise and tender new album finally out, Margo Price woke up the other morning determined to focus on the positive.

Then she went to the grocery store.

"I drove to this one I like downtown — it's pretty clean and everybody there wears a mask," the country-rock singer said from her home outside Nashville. "But coming back up Broadway, there were a bunch of dumb tourists wandering around with straw hats and fanny packs and no masks on, like they don't have any idea what's going on."

You can understand her distress: In March, Price, 37, pushed her third LP, "That's How Rumors Get Started," from its original May 8 release date after her husband and guitarist, Jeremy Ivey, contracted covid-19. (Price suspects that Ivey — with whom she has a 10-year-old son, Judah, and a 1-year-old daughter, Ramona — picked up the virus in late February in New York when the couple played the annual Tibet House benefit concert at Carnegie Hall.)

Caring for Ivey and their children put the demands of promotion far from Price's mind. Even now, with her husband having recovered — Price herself was asymptomatic — she's liable to steer a conversation away from music toward the alarming scarcity of Tennessee's intensive-care beds.

"I think the * about to hit the fan," she said of the pandemic — and at a moment, of course, when nationwide protests against racial injustice are further elevating America's temperature. On Instagram, Price has been alternating photos of herself — with posts in support of Black Lives Matter, including one marking what would have been the 27th birthday of the late Breonna Taylor.

None of this figures explicitly into the songs on "That's How Rumors Get Started," which Price recorded in late 2018 at L.A.'s storied EastWest Studios with production help from her friend Sturgill Simpson.

As with her first two albums — 2016's "Midwest Farmer's Daughter" and 2017's "All American Made," which led to a Grammy nomination for best new artist — "Rumors" places private struggles in a broader social context; it's a record about hitting the bottle and about staying too long in a dead-end relationship that's also a record about sexism and income inequality.

"Some folks do and others preach," she sings over fuzzy electric guitar in the homily-ish "I'd Die for You," "Some learn hate that others teach."

To cut "That's How Rumors Get Started," Price's debut for Loma Vista Recordings after a stint on Jack White's Third Man label, the Illinois native convened a crack studio band that included drummer James Gadson (known for his work with Bill Withers and Marvin Gaye), bassist Pino Palladino (the Who, D'Angelo) and keyboardist Benmont Tench of Tom Petty's Heartbreakers.

Together they crafted a polished but deeply felt sound that leaves behind some of the retro-country stylings of Price's earlier stuff in favor of a '70s-rock vibe to which Tench said her high, pleading voice was naturally suited. "This wasn't a stretch for her," the keyboardist said. "It just flowed."

Q: The new album feels very LA to me, but maybe I just think that because you made it here. Was '70s LA in your mind?

A: Oh yeah. I've had people tell me that this album is countrypolitan or sounds like Rosanne Cash. I'm like, "Really?" I wasn't going for that at all.

Q: I mean, the title contains the word "Rumors."

A: How much more obvious could I be? I love Tom Petty and Linda Ronstadt and obviously adore Stevie Nicks like every girl.

Q: Did you discover rock and country at the same time?

A: My grandmother always played country music — that's what I heard at their house. And my mom listened to the radio stations that were playing what was current.

Q: How did the members of your live band react when you told them you were hiring other players for this album?

A: It was an awkward conversation at first. I have a loyalty to my band; we're family. And we'd been playing some of these songs on the road. But I wanted to do something different so I could maybe break the Americana glass ceiling. And, you know, when I told them I got Benmont Tench and James Gadson, they were like, "Ohhh, OK."

Q: Gadson's career in particular demonstrates how closely rooted gospel and R&B and country and rock are. Did you realize that as a kid?

A: When I was really young I thought about them as separate traditions. They have separate radio stations, you know? Even now, sometimes it feels like people want to take a side. But these country purists can be so nauseating. You don't like Aretha Franklin? Something's wrong with you. Because of the way that I sound, I'm gonna be labeled country until I die. It doesn't matter what instruments I put behind it. It could be a fiddle or it could be a synth, and people are gonna be like, "Well, she's country."

Q: And obviously because you're white.

A: I struggled with that for a long time. A Black performer like Etta James — that's how I wanted to sound. But there's Dolly Parton records from her really early days that are so doo-wop-sounding, not country at all. Her song "Busy Signal" is completely a soul song.

A: I see the comments. I put up a photo of Obama smoking a cigarette, looked like he was enjoying it, and these people were arguing for days. But I'm not gonna get involved because you can't argue with stupid. There have been so many times where I've put in some kind of thoughtful response to somebody, and it rarely does any good. I'm not really worried about losing a few fans. I think I'm gaining an equal amount. And I'm seeing some of my peers, maybe they posted a black square on their page, maybe they're hiding stuff in their (Instagram) Stories: "Oh, I'm doing something." But it's obvious who doesn't wanna mess up their page of photos with some blunt truth that everybody needs right now.

Q: What did you make of the fact that country singers Chase Rice and Chris Janson both recently played shows with little apparent thought about the spread of covid-19?

A: It's completely irresponsible. And it's going to set live shows back farther because this is not going away any time soon. I don't even know if I can have my kid go back to school in the fall, and people are partying in downtown Nashville at Kid Rock's bar. ... I don't understand how they just get a slap on the wrist and a fine. We need to start thinking about actual consequences because people are dying.

Q: You're an avowed Bob Dylan fan. What do you think of his new album?

A: Somebody said it's like everybody's snowed in in a cabin in the middle of nowhere and Bob's like, "I got these songs, guys." We were just waiting on pins and needles, and it's such a gift right now. The night that "Murder Most Foul" came out, my husband and I were sitting outside getting drunk by the fire and we were just blown away. I bet I've listened to the record 20 times, easy. It's a little unhealthy, the obsession.

Q: Are you inspired by an artist making such vital work so late into his career?

A: Without a doubt. I've been a little worried, just feeling like I'm missing out on some of the best years of my performing. But when it comes down to it, I think I've only gotten stronger as a writer and a singer.

Q: Missing out because of covid-19, you mean?

A: Yeah, missing touring and being able to perform these songs. And being a woman my age, it feels like there's even more stress. But I've been making the joke that I'm gonna come out of this like Tina Turner after she left Ike. Ike is the coronavirus, and I'm gonna have a serious comeback moment.