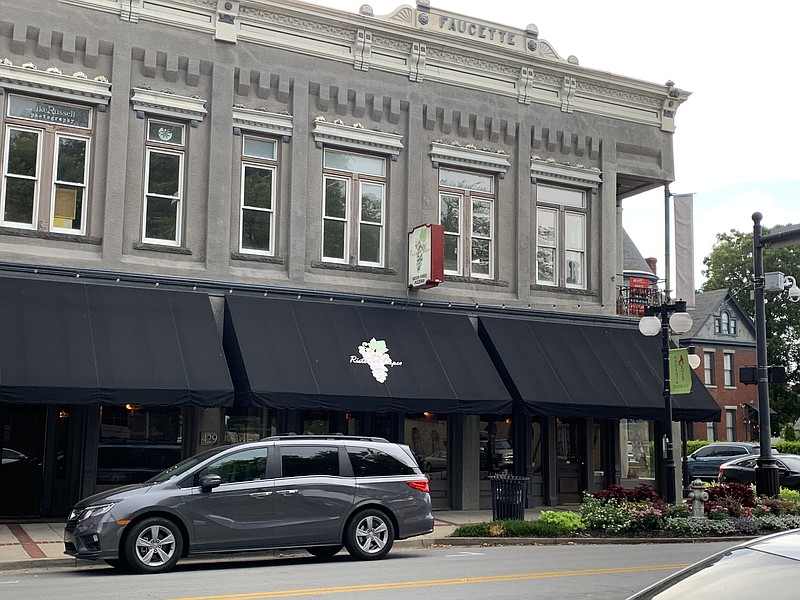 The Pantry Crest, 722 N. Palm St., in Little Rock's Hillcrest neighborhood, has reopened for curbside pickup only, 5-9 p.m. Tuesday-Saturday. The restaurant had remained closed while its "parent," The Pantry on North Rodney Parham Road, had remained open for takeout; the west Little Rock restaurant reopened its dining room July 6. The phone number is (501) 725-4945; the menu is available at the website, littlerockpantry.com.

And Ristorante Capeo, 425 Main St., in North Little Rock's Argenta District, reopened Monday for dine-in and to-go orders, while maintaining 6-foot social distancing and a limit of 10 people per table. Hours are 5-9 p.m. Monday-Thursday and 5-10 p.m. Friday and Saturday. The phone number is (501) 376-3463; the menu is available and customers can order online at capeo.us.

Meanwhile, Judy Adams, owner of Little Rock caterer Catering to You, in an email blast last week to customers, announced that out of caution for her health and that of her workers, "I do not want to wait until someone here is infected, so we are closing for two weeks, beginning Monday." She will continue to fulfill existing catering orders, she said, "but curbside pickup will be stopped for those two weeks. I will re-evaluate at that time and hopefully the cases will have slowed down." The caterer's Fayetteville location will remain open.

The shop closed in March "to preserve our business as a whole ... and to put our staff in the best position to be able to take care of themselves and meet their needs" and "in order to conserve resources," according to the Facebook post. "We figured it would be a short-lived decision. We had no idea what we were in for."

Mitchell said in the post that the landlord approached him and his wife and business partner, Trina, in June about extricating themselves from their five-year lease, and while at the time they decided they wanted to stay, indications that business in the River Market was not likely to increase any time soon convinced them to close permanently.

The original shop on Oak Street in Conway will continue to operate. "We believe that this is an opportunity for us to pivot and that it will allow us to refocus our attention to our original Conway store and make some exciting improvements and upgrades to what we offer our customers and staff there," Mitchell posted. 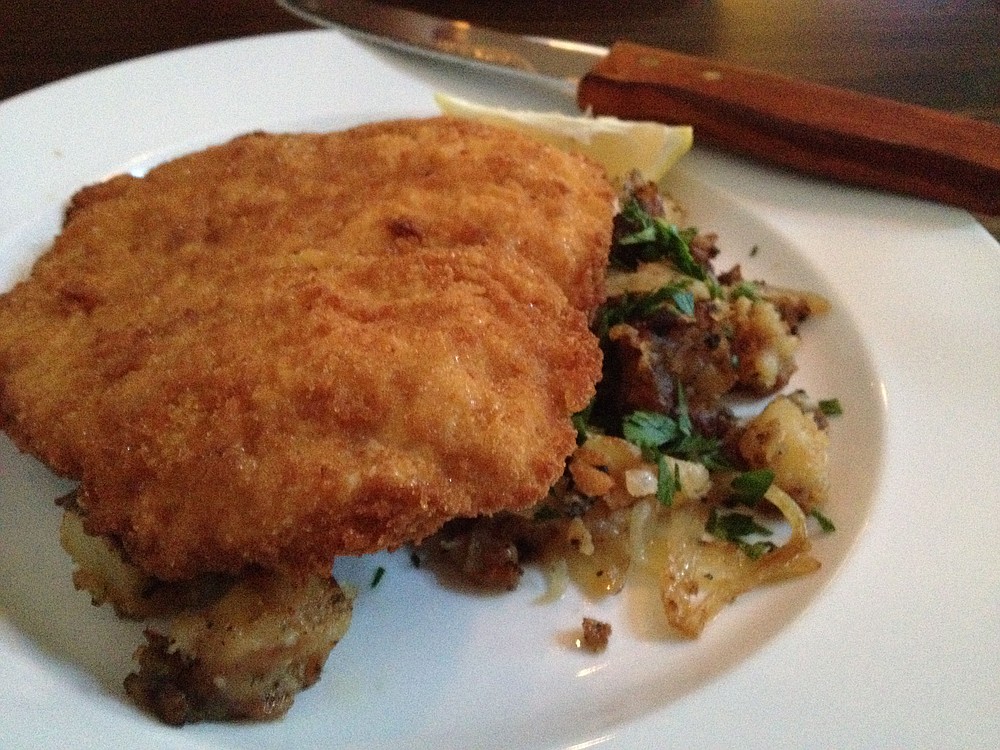 You can now get Wiener Schnitzel to go from from The Pantry Crest. (Democrat-Gazette file photo)

The Alabama-based Rock N Roll Sushi franchise-chain operation is set to open its second Little Rock location Aug. 5 in the former Atlas Bar, 1224 Main St., initially for takeout and opening up for dine-in the week after Labor Day. Haybar Real Estate's Lauren Frederick, who also got Arkansas franchisees Chris Kramolis and Jason Alley into their first location at 12800 Chenal Parkway, says the quick turnaround is largely because the kitchen equipment remained in place; remodeling will include building a sushi bar and some changes to the decor. She says the downtown location could have a couple of South Main specific items but by and large it will be the same as the rock-theme menu in west Little Rock, available at rnrsushi.com. The phone number there is (501) 313-4241. 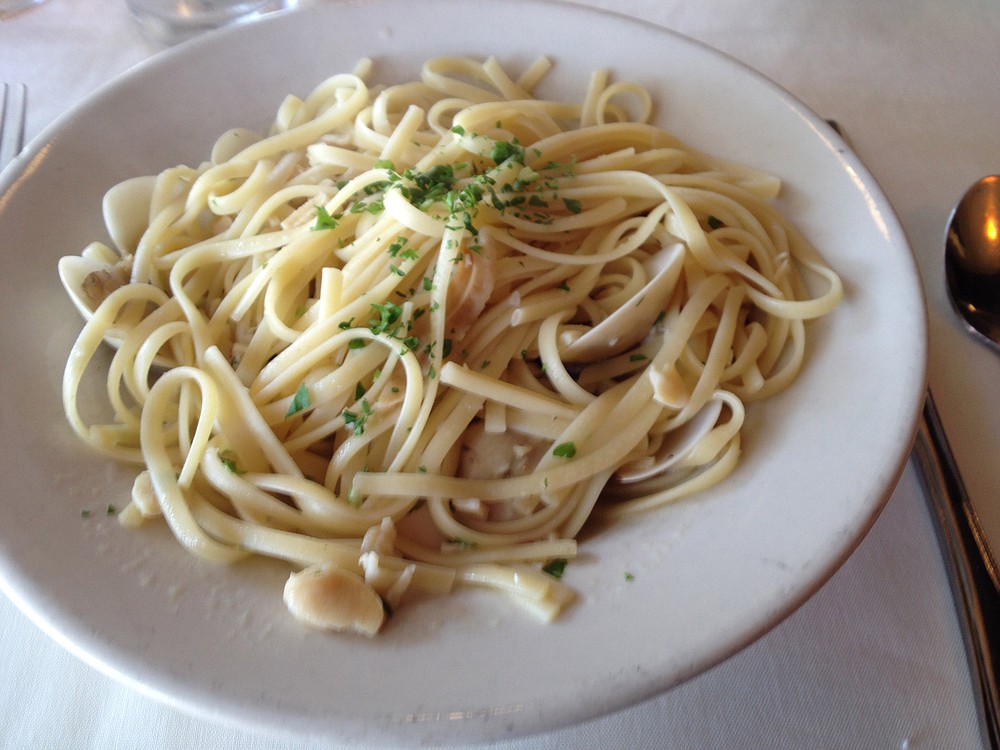 The family of Flint Flenoy, who had operated the second of his Flint's Just Like Mom's in the state office building at 1515 W. Seventh St, Little Rock, has taken over the space and reopened it as Rock City Kitchen, 6 a.m.-2 p.m. weekdays. Owner Joe Vincent has described the menu as "all-American with a bit of local Little Rock flare"; it includes burgers, wraps, wings, salads, breakfast items and vegan options. It's not unlike that of Flenoy's original place, which has been popping in and out of open status in the Union Plaza Building, 124 W. Capitol Ave. (The reduced number of downtown workers has made it tough to determine at any given time whether he'll do enough business to keep the doors open.) The phone number is (501) 500-2015; at last check, the website, rockcitykitchenar.com, still lists it as "coming soon." The Facebook page is facebook.com/Rock-City-Kitchen-101245874942039. Flenoy, meanwhile, is also running Flint's at the Regions in the former Sack-It Grill space on the ground floor of the Regions Building, 400 W. Capitol Ave., Little Rock.

East Sixth Brewing Co., 822 E. Sixth St., Little Rock, which had closed last weekend after "an employee's possible covid-19 exposure" came to light, according to a post on the Facebook page (facebook.com/eastsixthbrewingco), reopened Tuesday for curbside hand-off only after "our test results came back negative for covid-19." Hours, for the time being, are 11 a.m.-6 p.m. daily. Call (501) 374-2791; the website is eastsixthbrewingcompany.com.

Maddie's Place, 1615 Rebsamen Park Road, Little Rock, which has delayed its reopening several times based on the high number of covid-19 cases in the state, now has an Aug. 3 target opening date. Co-owner/chef Brian Deloney has been pretty good about posting updates on their Facebook page (facebook.com/maddiesplacelr); the phone number is (501) 660-4040 and the website is maddiesplacelr.com.

The Little Rock outlet of Fayetteville-based Grub's Bar & Grille, 10700 N. Rodney Parham Road, Little Rock, posted July 13 on its Facebook page (facebook.com/grubslittlerock) that it has suspended operations "during this unprecedented time," promising an update soon. The phone number there is (501) 313-2085; the website, grubsbargrille.com.

The Burger King attached to the Shell station, 12524 Chenal Parkway, Little Rock, where it meets West Markham Street, has closed, all the signs have been removed and the phone number, (501) 221-2310, has been disconnected.

And the Taco Bell, 4324 Camp Robinson Road, North Little Rock, has closed and it is no longer listed on the chain's website, locations.tacobell.com/ar/north-little-rock.html. An eagle-eyed reader reports that the building has been repainted "monochrome" and the windows papered over, indicating something is in the works to replace it, and no, we don't know what, yet, but we'll keep an eagle eye peeled.

After 25 years, Todd Gold is leaving his post as associate dean of culinary arts and hospitality at the University of Arkansas-Pulaski Technical College Culinary Arts & Hospitality Management Institute to become food and beverage director for the new Saracen Casino Resort in Pine Bluff, which will include seven restaurants, a brewery, a convention center and more than 300 hotel rooms.

"I'm looking forward to a long-lasting partnership," Gold said in announcing the change. "I have already assembled what will be the best culinary and hospitality team arguably anywhere, but without doubt in the state of Arkansas. Soon, Arkansans and many from surrounding states will be headed to Pine Bluff for a culinary and hospitality experience that will be second to none."

Gold will continue to teach part-time at the college and will remain the chairman of the institute's advisory board.

We reported last week on new entertainment districts in Little Rock and North Little Rock where patrons can carry drinks outside the venues from which they bought them. Starting Wednesday, there's also one in Fayetteville, covering most of the Dickson Street entertainment district and the Fayetteville Square. Stacy Ryburn, reporting for the Northwest Arkansas Democrat-Gazette, says the boundary roughly covers Lafayette Street to the north; East Avenue and Mountain Street to the south; and West Avenue. "One trail to the south stretches along School Avenue from Mountain Street to Prairie Street. Another trail to the west reaches Powerhouse Avenue." Within the district, 10 a.m.-10 p.m. daily, customers can buy drinks at participating businesses and carry them with them in disposable, green-striped cups that the city will provide. You can't take cups into other businesses or give them to other people and you must also wear a branded wrist band and provide ID.

And food delivery service Bite Squad is looking to hire 200 new contract drivers in the Little Rock area. You must be 18 or older, have a valid driver's license, proof of auto insurance and a smartphone. Apply at bitesquad.com. The company says it provides masks, gloves and sanitation spray to all its drivers while offering no-contact delivery for all restaurant orders.