The University of Arkansas at Little Rock women's basketball team has a new addition after it was announced Wednesday that Mississippi State transfer Bre'Amber Scott received an NCAA waiver to compete immediately in 2020-21.

Scott, a graduate of Little Rock Central, transferred to UALR in the spring after two seasons at Mississippi State. During her time with the Lady Bulldogs, she averaged 4.9 points per game, including a 20-point performance in the 2019 SEC Championship Game. She shot 45.7% from the field, 37% from beyond the arc and 70% from the free throw line. She also totaled 70 rebounds, 40 assists and 33 steals.

"I am both excited and thankful the NCAA granted Bre'Amber her waiver to compete immediately," UALR Coach Joe Foley said in a news release. "She will make an immediate impact on our program and we are glad that she is able to return home, attend her hometown university and represent her hometown team."

Scott brings some needed experience to the Lady Trojans, who will have five true freshmen and one senior in 2020-21. UALR's schedule has yet to be released. 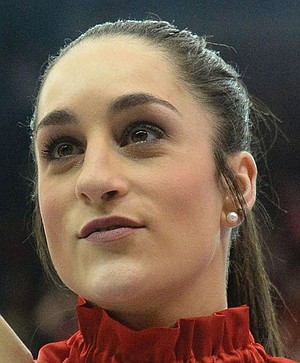 FAYETTEVILLE -- University of Arkansas gymnastics Coach Jordyn Wieber has added a second graduate transfer to bolster the Razorbacks' roster for 2021.

Maggie O'Hara, a University of Michigan graduate, will join the Razorbacks for her final season of eligibility in 2020-21 while pursuing a master's degree in kinesiology.

O'Hara specialized on the balance beam and uneven parallel bars with the Wolverines, topping out at 9.875 on both events in 2020 as career highs. Arkansas was strong on the beam last season, but struggled on the bars.

A native of Lexington, S.C., O'Hara joins Abby Johnston, a former Nebraska Cornhusker, as potential impact newcomers for the Razorbacks in year two under Wieber.

"We are thrilled to welcome Maggie to the Arkansas Gymnastics family," Wieber said in a release. "I am looking forward to seeing her contributions to our team this upcoming season on bars and beam. She has a wealth of experience in NCAA gymnastics already and is ready to be a leader, both in the gym and in the classroom." 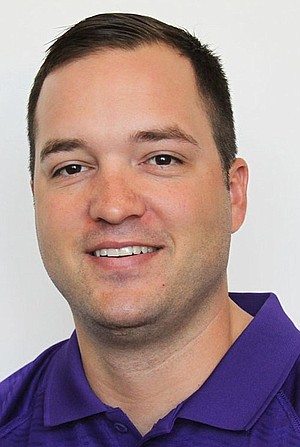 The University of Central Arkansas was picked to win the Southland Conference on Wednesday.

The Bears received 12 of 22 first-place votes and 190 total points in the conference's preseason poll, which was released during its Virtual Media Day. Sam Houston State (four first-place votes, 170 points) came in second in the poll, followed by Nicholls State, Southeastern Louisiana and McNeese State.

"The Southland Conference is as deep and talented from top to bottom as I have seen in my 14 years of being in the conference as a player and coach. Anything can happen on any given week," Coach Nathan Brown said in a news release.

UCA had a league-high 13 players named to the preseason All-Southland Conference first and second teams last week, and return nine starters on both offense and defense from a team that finished 9-4 last season.

The Bears are scheduled to open the season Aug. 29 against Austin Peay in Montgomery, Ala.

Lee will meet Anna Kate Nichols of Little Rock at 8:30 a.m. today for the title. Nichols defeated Madison Holmes of Paragould 5 and 3 in Wednesday's other semifinal.

On the boys side, Springdale's Samuel Tandy will face Logan McDonald of Alexander, while Fayetteville's Palmer McSpadden meets Rhett South in this morning's semifinals. The winners will meet for the championship at 1:30 p.m.