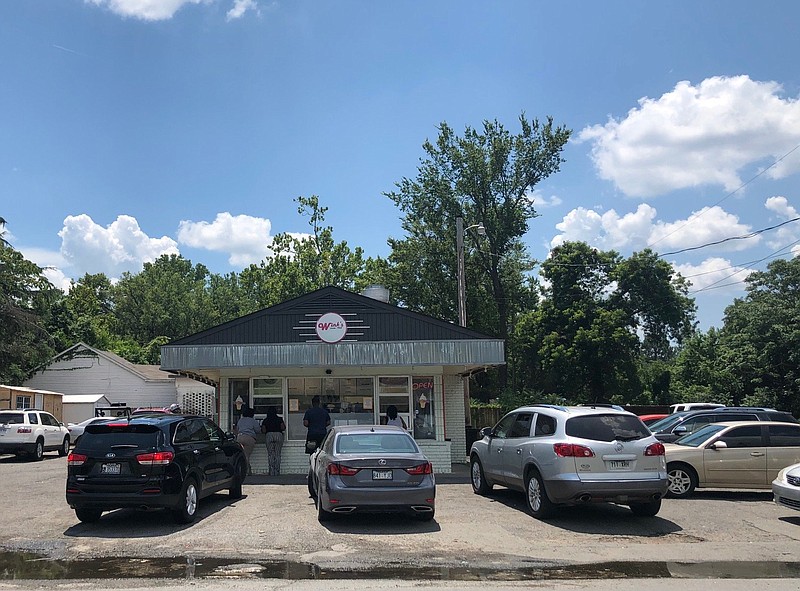 It was a busy lunchtime earlier this month at Wink’s Dairy Bar, which has been in business in North Little Rock since 1968.

For eating out during the pandemic age, there is probably no place more apt than a dairy bar.

Most dairy bars, after all, don't even offer indoor seating. One simply places an order through a window, gets the food in a sack and moves along. Physical distancing is simply part of the architecture.

And the fare often consists of hot, quick, inexpensive combos of burgers, sandwiches, hot dogs and sides along with cool yummies like shakes, sundaes, banana splits and cones.

Wink's Dairy Bar in the Rose City area of North Little Rock has been doing it this way since 1968 when it was opened by its namesake, the late Winford William "Wink" Walls.

Situated in a brick building at 2900 E. Washington Ave., Wink's — now owned by Walls' daughter, Diane McNutt — is a classic dairy bar with a hearty menu and a sweet-tooth pleasing selection of ice cream-based treats and pies.

Food is such a trigger for memories, and Wink's reminds me of long-lost places like the S&E Burger Ranch and the Kreme Freeze in Helena, where I grew up. These were among the first restaurants I was aware of as a child and my earliest dining-out experiences are associated with them. Getting a cheeseburger, fries and a milkshake with my parents from S&E was a special occasion long before Happy Meals and Quarter Pounders.

So I was feeling more than a little sentimental when my wife, Lori, and I made the 10-minute drive from home — where we both work nowadays — to sample Wink's for lunch.

And sample we did. 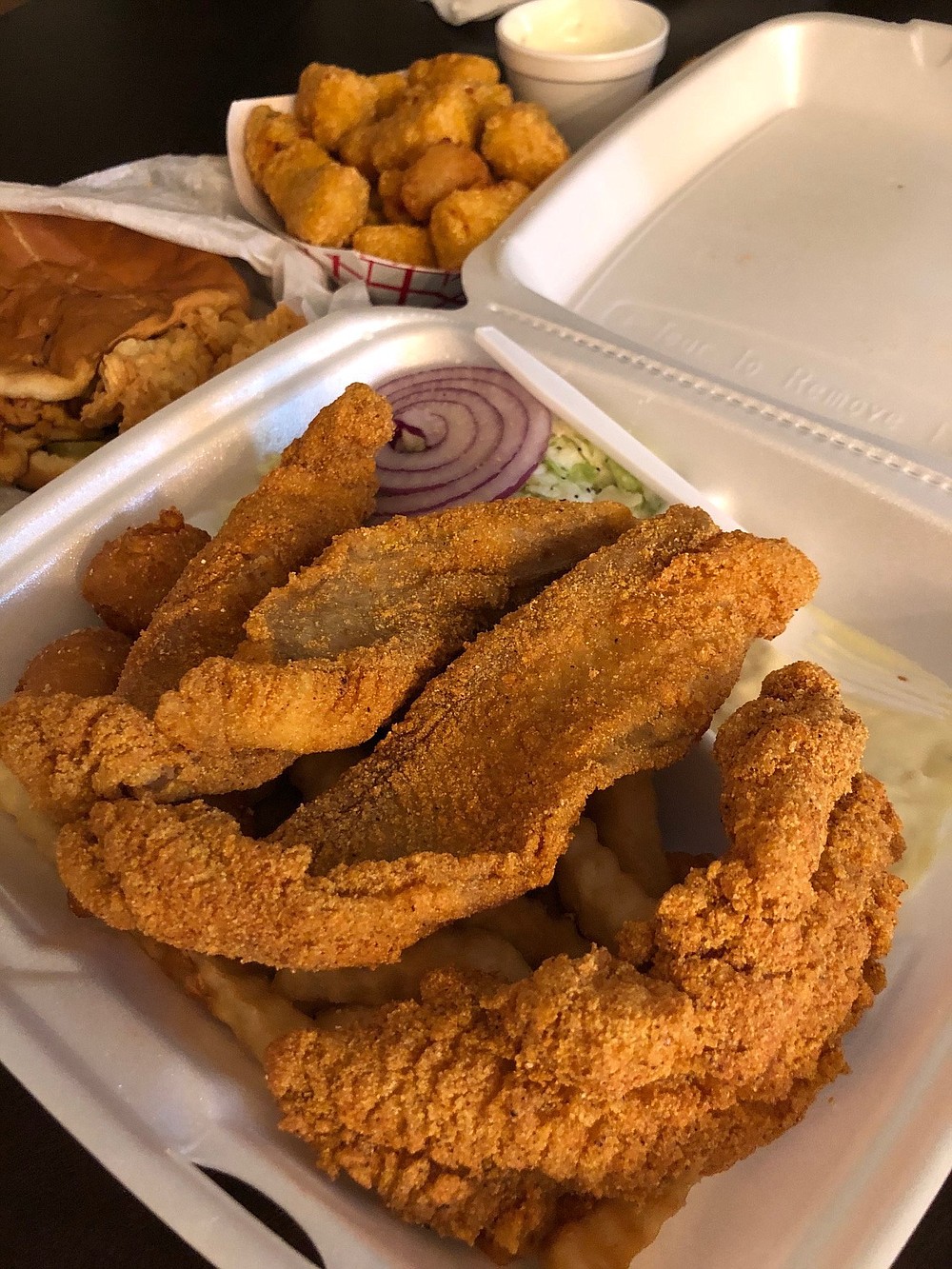 It's madness, I know. But some of this was going to be revisited as leftovers, which is our excuse for such fried, fatty, sugary gluttony. Also, we wanted a nice sampling of Wink's fairly broad offerings.

We wisely arrived just after 11 a.m. to beat the lunch rush, gave our order at one of the two windows then sat in the car and listened to the radio as we waited. A smattering of golden fried tater tots was on the ground nearby and we pitied the person who dropped them.

It didn't take too long to get our meal, although this is a good spot to mention that call-in orders are accepted, and we hustled back to the house to unpack our feast.

Most things traveled well, though the crinkled french fries ($2.50, small), were deathly cold.

I was most anxious to dig into the Steak Sandwich ($5.20), a fried beef patty topped with lettuce, tomato and mayonnaise on a fresh, soft bun.

It was all I'd hoped for, with its crunchy exterior and slightly peppery meat. The toppings were well distributed — especially the tomato and mayonnaise — and complemented the patty without overwhelming it.

Not so with the Chili Cheeseburger ($4.25, small). Lori thought the burger was overpowered by the chili, which she said had a sort of kick that she couldn't quite identify.

We both loved the Frito Pie ($4.20, small). It came packed into a small Styrofoam cup with corn chips smothered with chili and cheese and was topped — surprisingly to me at least — with lettuce and tomato.

The chili was nicely seasoned and not runny. The chips held up well enough, but soggy corn chips are part of the salty, meaty alchemy that makes for a tasty Frito Pie. 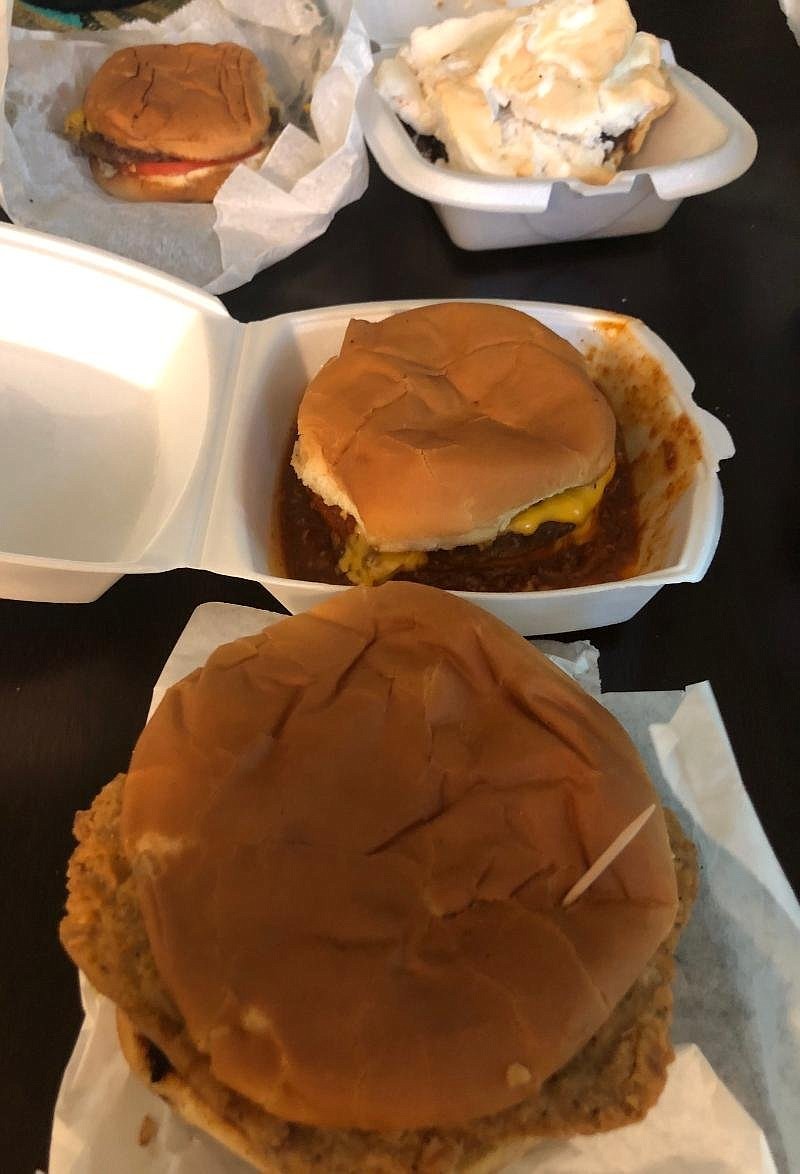 A Steak Sandwich (foreground), Chili Cheeseburger, Cheeseburger and a slice of Chocolate Pie were ordered from Wink’s Dairy Bar.

I was also pleased with the Cheeseburger ($4.10, small), which I ordered mostly loaded (no pickles, of course). It was a nice, flavorful, dairy bar burger and the small was a perfect size. (Wink's offers combos that come with jumbo burgers or sandwiches, fries and a medium drink and range in price from $8.40 for a Hamburger Combo to $9.55 for the Chicken Sandwich Combo.)

Lori was excited about her order of six Hot Tamales with Chili and Cheese ($8.65).

Slathered in chili and melted cheese, these tamales are not the most photogenic of foods, but she liked the flavor and texture and ate them by slathering spoonfuls onto salted crackers, which came with her order. The tamales also warmed up nicely for supper.

The Onion Rings ($3.10, small) were what I dream of when I dream of onion rings: perfectly fried, fat ovals of breaded onion goodness. The Corn Nuggets ($3.20, small) were also expertly fried and benefited nicely from being dipped into ranch dressing, which was included in our order.

A trip to a dairy bar isn't complete without an ice cream treat or two, so we ordered a Chocolate Shake ($4, large) and a Strawberry Sundae ($4.60, large). 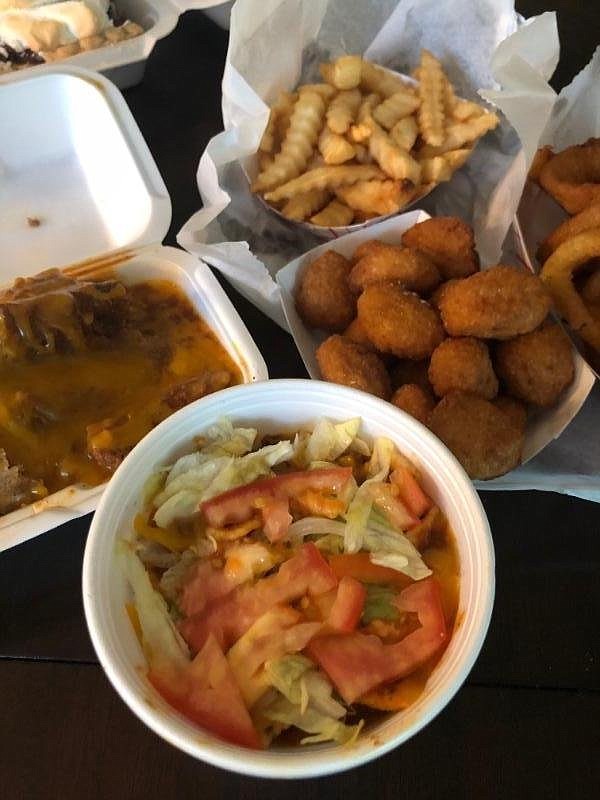 The sundae, which came in a Styrofoam cup, was a minimalist affair of soft-serve ice cream topped with sugary, strawberry syrup. The best part was that the syrup thoroughly saturated the ice cream, though fresh strawberries and some whipped topping would have been nice.

The shake was creamy, chocolatey bliss.

Oh. Speaking of chocolate. We couldn't pass up a slice of Chocolate Pie ($3.50), which was velvety smooth and topped with a small mountain of airy meringue.

We called ahead on our second visit, but it was much busier this time and we had to wait about 15 minutes after we arrived to get our order.

I got the Catfish Basket ($11.95) — four pieces of catfish, french fries, slaw, tartar sauce and hush puppies — and a large Vanilla Shake while Lori chose the Crispy Chicken Sandwich ($5.75), Tater Tots ($2.65 small) and a Diet Coke $1.90 large). We also revisited the Corn Nuggets, but decided to live dangerously this time and went with the spicy version, which was a great choice because the nuggets had a just-right amount of heat. And did we detect some cheese in there? We're still not sure, but they were yummy.

Everything — even the fries —was still warm when we got home. The catfish filets were nicely fried, flavorful and filling. The slaw, hush puppies and fries were fine supporting players, but the catfish was the rightful star of this basket.

The chicken sandwich was nice and crispy, though it needed a little help from a mustard-mayo sauce we had in the fridge. The tots were golden and salty. And while the vanilla shake wasn't as creamy as the chocolate one from a few days earlier, we still dug it.

Our visits to Wink's certainly brought back nostalgia for dairy bars past, and I was happy to find that the fare is just as good now as it is in my memory.