Pedaling Perspectives: Documentary a vehicle for the human spirit 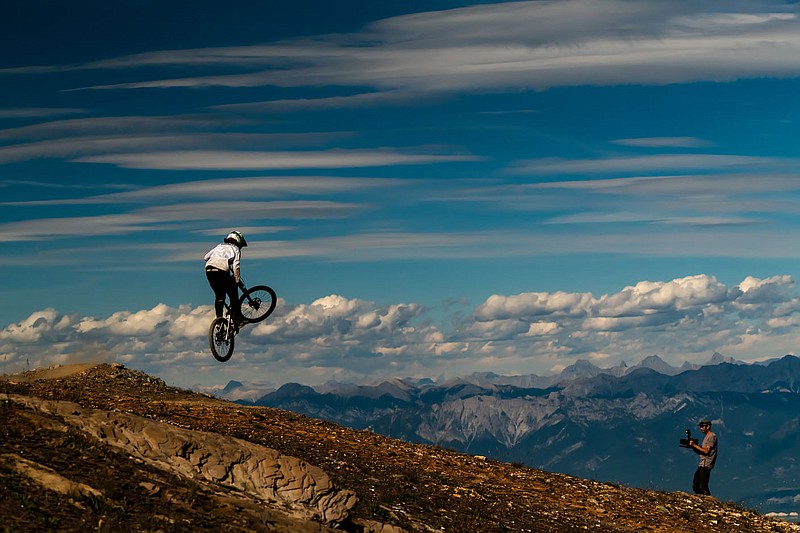 Extreme sports media company Teton Gravity Research premieres its new full-length documentary “Accomplice” at drive-in theaters across the country in celebration of the roots of mountain biking, as well as the community that forms around two wheels. (Courtesy Photo/Bruno Long)

"The world's so complex these days, it's just a great way to get out and celebrate something a little simpler."

Director and editor Jeremy Grant premieres his new film with Teton Gravity Research at drive-in theaters across North America this week. "Accomplice" celebrates the riders, bikes and adventures of the mountain biking world.

"The film also pays homage to the timelessness of mountain biking, so there is a vintage feel to it that's right at home at a drive-in," Grant muses.

Though the film was originally supposed to tour in traditional theaters, after having experienced the film at a drive-in himself, Grant assures it's a wonderful way to experience the full-length documentary.

"Accomplice" chronicles some of the best mountain biking athletes in the world, Grant explains. Upper-echelon athletes doing "the craziest things in the world, in the most remote locations." But underneath the classic, action-sport elements of the film, it's ultimately a love letter to a bicycle, Grant reveals -- celebrating how the bicycle is more than just a mode of transportation, it's a vehicle for the human spirit, as the film's description notes.

"Across the board, there was a huge desire to have a long-format film that celebrates the sport and its roots," Grant says of working with the sports media company, but also after gauging interest among his friends from around the globe -- friends who just happen to be some of the best mountain bikers in the world. "But then in the same breath, we've kind of modernized it and told not just stories of superheroes, but a lot more human stories. There's a piece about [a rider] who had a spinal chord injury and is now just back on the bike. Trying to share a few more of those underdog stories and less just celebrating the champions, all the communities it brings together and things like that felt like something that should be celebrated on film."

As Northwest Arkansas continues its ascent as a biking haven and true, travel-worthy destination for serious bikers, Grant acknowledges that's something he's noticed across the country. Mountain biking infrastructure offers not only great tourism benefits for a region, but the community that is built in and around the sport is finally starting to "walk the walk," so to speak, in regards to its touted inclusivity.

"The beautiful thing about mountain biking is it's big and it's getting bigger, but it isn't this huge celebrity sport," Grant explains. "These guys are the best in the world, but they're still very human, very humble. So it becomes very contagious getting to hang around with that many incredible and inspiring individuals.

"I think in general, the outdoor community has always preached inclusivity, and now everyone's becoming aware that you have to practice it and push toward it as well, and not just talk about it," he goes on. "There's never been a 'You're not allowed to do this' [attitude], but it's an intimidating sport to start, and it's becoming more inclusive."

Which, consequently, has extended to the artistic side documenting the sport, Grant reasons.

"I don't think mountain biking is leading the charge on this, but I think entertainment in general is becoming more about inclusivity than exclusivity. There are action sport films that celebrate only the very best, an elite group. And now I think a lot of films are trying to extend their hand and invite more people into it, and with that comes sharing different people's perspectives, not just the world champs'."

WHERE — 112 Drive-In in Fayetteville