UCA not in a rush to make a decision 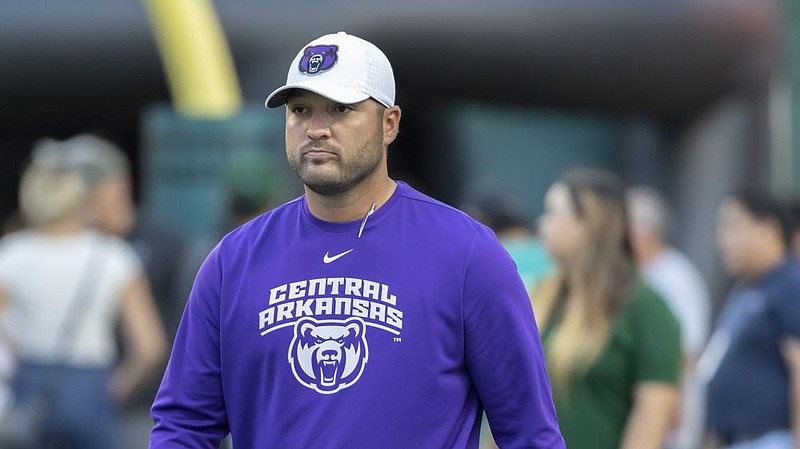 University of Central Arkansas Coach Nathan Brown said “football has to happen” whether it is played during the traditional time of year or during the winter and spring. (AP file photo)

University of Central Arkansas Coach Nathan Brown believes 2020 could be a special season for his team. That is, if the season is played.

Currently, Brown, UCA and the Southland Conference have full intentions on playing a fall football season despite multiple other FCS conferences postponing or canceling its fall sports due to the coronavirus pandemic.

"We are planning to proceed with the 2020 football season as scheduled, I would stress in the fall," Southland Conference Commissioner Tom Burnett said during the conference's media day Wednesday. "To some degree, we're going to have to be responsive to what other conferences do, but right now our intent is to motor forward and play the schedule as it currently lies."

For UCA, which was picked to win the Southland Conference, it just wants a chance to play. And the Bears don't care when.

"I think football has to happen. Whether the 2020 season is played in this calendar year or is played in the winter-spring season of 2021, you have to play football," Brown said. "I know as a program, we've got a great group of guys back. I think this is one of the more exciting teams we've had in recent history and that's what makes it even more exciting in wanting to get out there and play, is we feel like we've got a good product. ... So, we're willing to do whatever it takes to play football."

Other FCS conferences have already opted for a spring season, including the Mid-Eastern Athletic, Southwestern Athletic, Ivy League, Patriot League and Colonial Athletic.

UCA Athletic Director Dr. Brad Teague said the conference has no intentions of making any quick decisions until the larger conferences do, specifically the Big 12 and SEC which don't intend to make a decision before August. Teague added that UCA has tested 300 athletes and staff across football, volleyball, soccer and cheer, with only eight positive tests -- each of those cases have fully recovered. The issue, Teague said, is that "we need every state and every sports program to be the same so we can play. And that's going to be difficult."

"These four months have flown by," Teague said. "And I think we've done a good job of communicating and keeping our coaches and staff in the loop. But the problem is, we're not in the loop ourselves. We don't know what's coming tomorrow. That's just the hardest part, trying to give valid information when we don't have it."

The financial impact, Teague said, if conferences continue to cancel fall sports and schools aren't able to get cases under control, would put UCA's athletic department in a tough position.

"We don't intend to cancel sports. I think it's counter intuitive to what the university needs in terms of student enrollment," Teague said. "As long as we can bring the revenue in before the end of the fiscal year, which is June 30, 2021, we're okay. So if we play Missouri in the spring and still get our revenue, play our men's basketball nonconference games and still get that revenue prior to June 30th, it's fine. The issue would be if we don't play Missouri and we don't play our nonconference basketball schedule, we would lose $1 million from those two sports."

But for now, Brown isn't worried about who UCA will be playing in 2020. He knows his players will be able to adjust, just as they have the last four months.

"Young people, 18-22-year-old college athletes can adjust on the fly," Brown said. "That's what makes them great football players, great student-athletes. So our guys have handled this very maturely and very positively for the most part so far. And I told our guys before they left that the most important part of this whole process is going to be that the teams that are going to have the most success in the fall are the teams that are going to be self-motivated. And I think our guys were self-motivated, had good leadership and held each other accountable."