WHO chief faces off with Pompeo 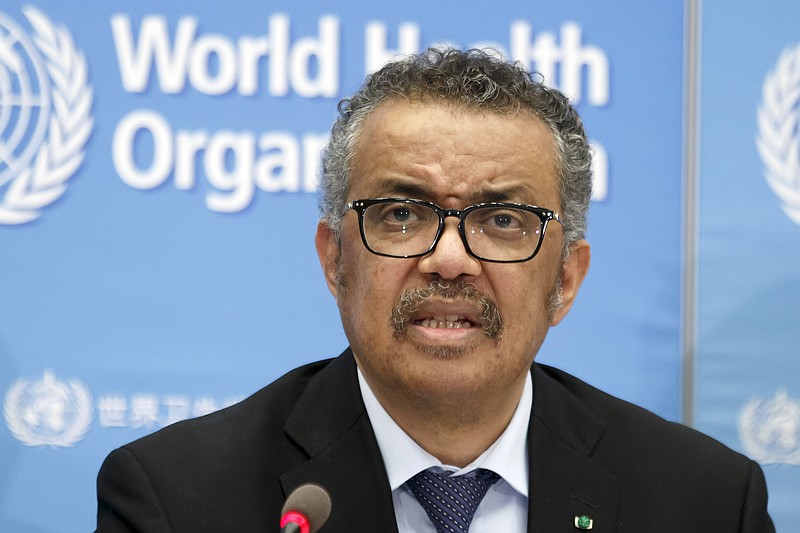 GENEVA -- The director-general of the World Health Organization accused Secretary of State Mike Pompeo on Thursday of "untrue and unacceptable" allegations during the coronavirus pandemic after British media reported that Pompeo made a comment about the health agency chief having been "bought" by China.

Director-General Tedros Adhanom Ghebreyesus said WHO was focused on "saving lives" as he condemned the reported comments by Pompeo at a closed-door event this week in London.

"The comments were done, I think on Tuesday -- last Tuesday. And the comments are untrue and unacceptable, and without any foundation for that matter," Tedros told reporters in Geneva. "If there is one thing that really matters to us and which should matter to the entire international community, it's saving lives. And WHO will not be distracted by these comments."

British newspapers reported Wednesday that Pompeo claimed Tedros had been "bought" by the Chinese government.

Pompeo was not asked about his reported comments at a news conference in Denmark on Wednesday. Before that appearance, The Times of London, citing unidentified attendees, reported he told a gathering of British lawmakers that the U.S. had intelligence suggesting Tedros had been "bought" by China's government and that his election as WHO chief in 2017 had led to the death of British nationals.

The State Department did not immediately respond to queries about the British reports and Tedros' remarks.

At a private meeting in London on Tuesday, Pompeo allegedly said there was firm intelligence to show that a deal had been done to get Tedros the job of WHO director-general -- and that this had resulted in the deaths of U.K. citizens from coronavirus, people familiar with the matter said.

Three of those who were present at the meeting, speaking on condition of anonymity because the discussion was private, said Pompeo told them he believed China had bought the WHO chief. He didn't give details of what he meant but said there was intelligence to support this comment.

In recent months, the administration has criticized WHO's handling of the pandemic and its alleged deference to Beijing. President Donald Trump has ordered the United States to withdraw next year from the agency it has bankrolled and supported for decades.

[Video not showing up above? Click here to watch » https://www.youtube.com/watch?v=-lfap9jPT1Q]

"One of the greatest threats we face continues to be the politicization of the pandemic. Covid-19 does not respect borders, ideologies or political parties," Tedros said Thursday. "I have said it many times: Covid politics should be quarantined, and I'm appealing again to all nations to work together. Politics and partisanship have made things worse."

Tedros' defensiveness was echoed by other WHO officials, who rallied around the agency's integrity and actions -- and its chief.

"We are proud, proud to be WHO. And we will remain so. And we will serve the vulnerable people of the world, regardless of what is said about us," said Dr. Michael Ryan, the WHO's emergencies chief.

Added Maria Van Kerkhove, the technical lead on the WHO's emergencies program: "I feel the need to say something as an American, as a proud WHO employee. I have had the honor and privilege to sit next to Dr. Tedros and Dr. Mike Ryan for I don't know how many days since the beginning of this pandemic, and I have never been more proud to be WHO."

British Prime Minister Boris Johnson's officials were asked about Pompeo's comments and confirmed that the secretary of state had not made similar remarks in his meeting with the premier Tuesday.

Information for this article was contributed by Jamey Keaten and Matthew Lee of The Associated Press; and by Kitty Donaldson of Bloomberg News.