There was much excitement in the Carson household this week. A space event that will not happen for another 6,800 years---Comet Neowise was in the Arkansas skyline. My husband is a space enthusiast extraordinaire. He read up on where the best place to go see it, and religiously studied the sky conditions for cloud cover. On his first outing (yes, there were more than 1) he said it was incredible, but he wasn’t at the best angle. Katie and her husband Ben, joined him. Ben was equally as excited. Clay was amazed I had not joined them. The next day he went out and scouted for a better location and said he had it all figured out for that evening. This time I went. The kids met us out there. 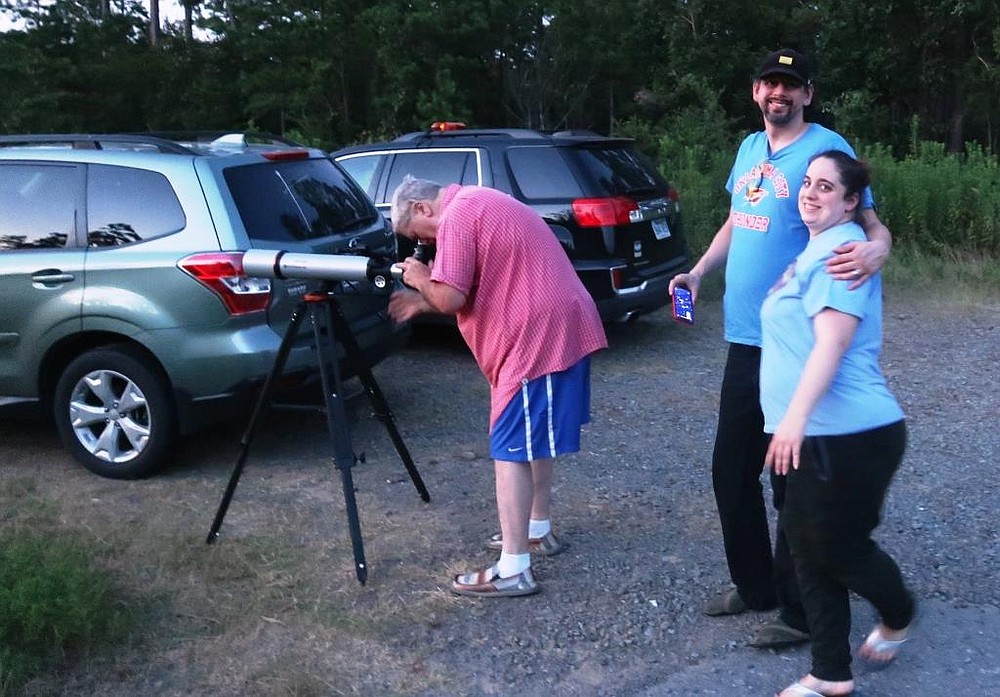 We had to go well before dark to get the telescope set up and make sure we got the perfect site. We were on a small gravel road with weeds all around it, so guess what else joined us—mosquitoes, and I had no bug spray. We waited 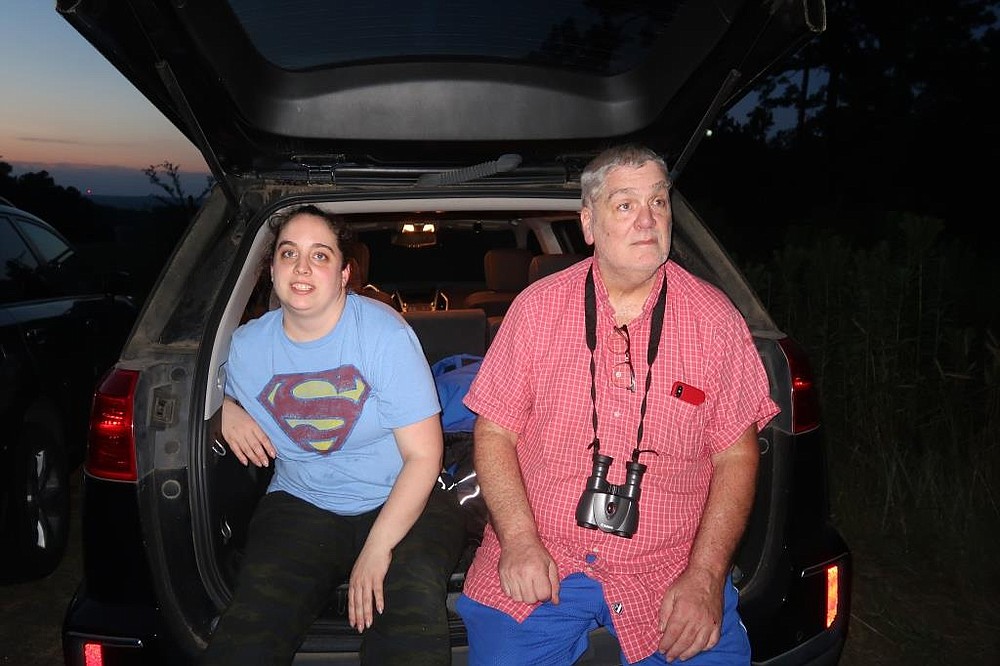 and watched the sky darken and the starts started coming out. 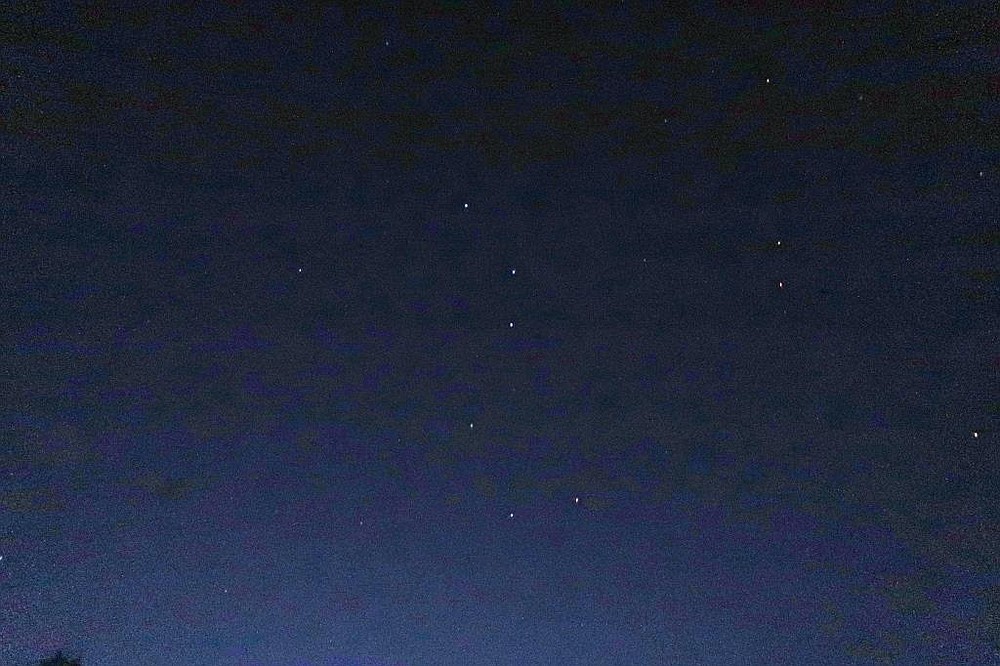 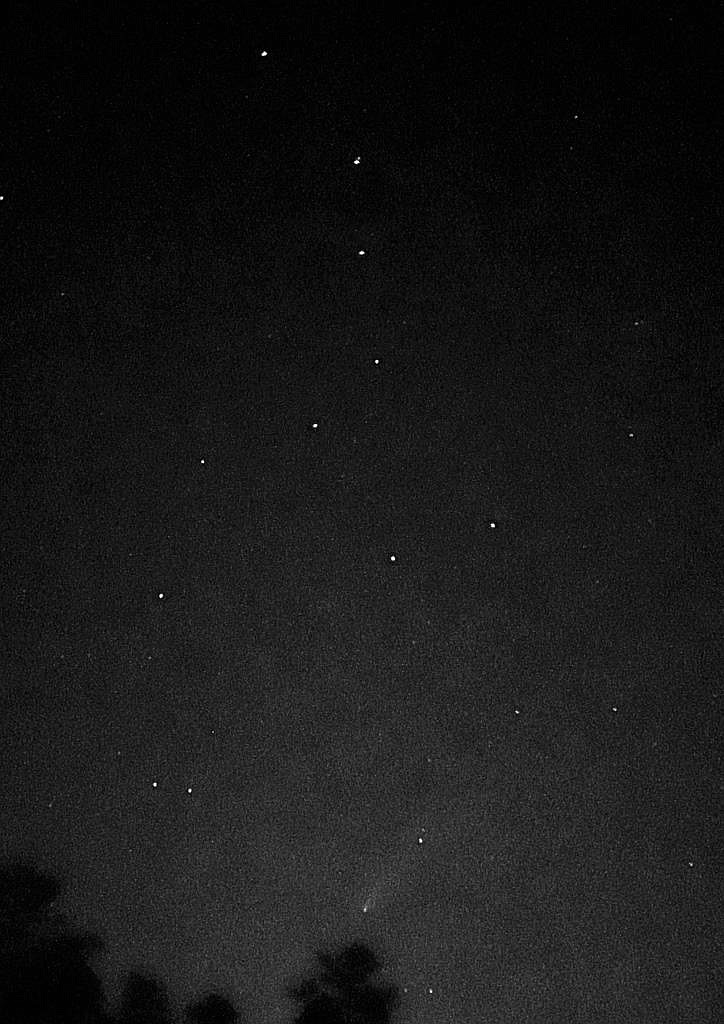 and I saw it too with and without the aid of the telescope. If you look at these pictures it is beneath the big dipper at the bottom of the screen. 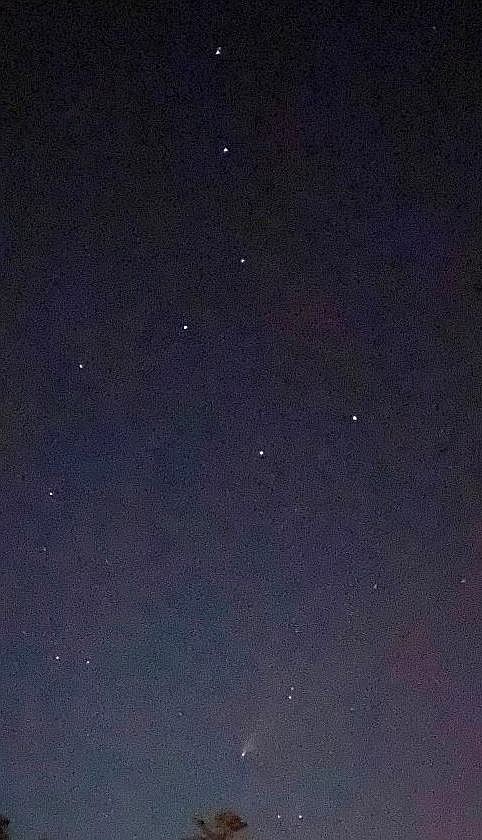 Yes, that small flare is what all the excitement was about. I was expecting some dramatic fireball shooting through the sky,

so to say I was a bit underwhelmed is putting it mildly. Obviously space knowledge is not my strong suit. But, I can now claim to have seen Comet Neowize. The dazzling display that I read about from NASA wasn’t too dazzling. I have to say I was more in awe of the beautiful night blooming moonflowers that were on the deck when I came home. Each to their own. Clay has been back out again with Ben, and I believe is heading out again tonight. I don’t think I can stand any more dazzlement!