Goldman to pay Malaysia $3.9B 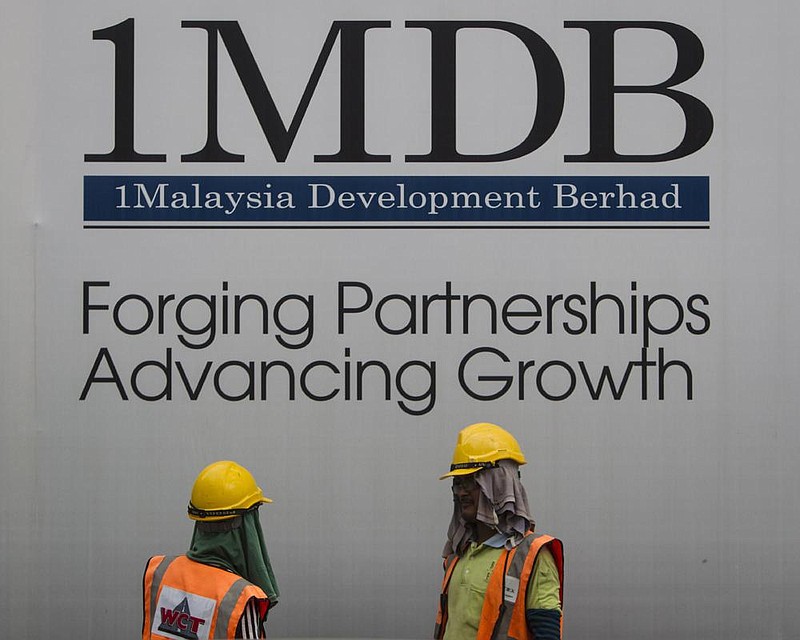 The 1 Malaysia Development Berhad fund was intended to fuel economic development but, prosecutors say, was instrumental in a money-laundering scheme, with funds used for expensive purchases and to finance the movie “The Wolf of Wall Street.” (AP)

Goldman Sachs said Friday that it had reached a $3.9 billion settlement with Malaysia to resolve criminal charges that the bank was involved in a scheme to launder billions from one of the country's investment funds.

U.S. and Malaysian investigators have said that roughly $4.5 billion was misappropriated from 1Malaysia Development Berhad, a fund intended to fuel economic development projects for Malaysia that was instead used to launder money. Instead, the pilfered funds were used for yachts, expensive homes and even helped finance the movie "The Wolf of Wall Street," according to prosecutors.

Goldman Sachs arranged $6.5 billion in bonds for the fund in 2012 and 2013, earning more than $600 million in fees. But according to Malaysian authorities, Goldman secured the work with the help of bribes arranged by two former bank employees and others.

Goldman Sachs, which has denied the allegations, said it had learned "important lessons."

"Today's settlement is an important step towards putting the [Malaysian fund] matter behind us and will help enable the Malaysian government to move forward with additional recovery efforts and to execute on its economic priorities," the investment bank said Friday in a statement.

[Video not showing up above? Click here to watch » https://www.youtube.com/watch?v=M6sQKV2ND-k]

As part of the settlement, Goldman Sachs will pay $2.5 billion to the Malaysian government. It also will guarantee the nation receives another $1.4 billion from the proceeds of fund assets seized by other nations.

In exchange, the Malaysian government said that it will drop its criminal and regulatory investigations into the bank.

"We are confident that we are securing more money from Goldman Sachs compared to previous attempts, which were far below expectations," Malaysian Finance Minister Tengku Zafrul Aziz said in a statement. "We are also glad to be able to resolve this outside the court system, which would have cost a lot of time, money and resources."

The settlement doesn't resolve an ongoing Justice Department and regulatory investigations into the case.

Goldman Sachs should receive a stiff U.S. penalty that requires it to plead guilty, said Dennis Kelleher, president of Better Markets, which has been critical of the bank's part in the case. Anything less "will once again show that Wall Street's biggest, wealthiest, most politically connected banks are still too-big-to-jail," he said.

The $3.9 billion settlement is large but dwarfed by settlements big banks have reached in the past for the shoddy mortgages that caused the last financial crisis.

Goldman Sachs has repeatedly apologized for its part in the scandal, which in 2018, then-Attorney General Jeff Sessions called "kleptocracy at its worst."

The investment fund was created in 2009 under former Malaysian Prime Minister Najib Razak as a vehicle for Malaysia's economic development. Najib, who had authority over all the fund's investments and personnel, was ultimately ousted in 2018. The same year, the nation announced criminal charges against Goldman Sachs.

The billions stolen from the fund were spent around the globe, including on the L'Ermitage Hotel in Beverly Hills, Calif.; condominiums, penthouses and mansions in California and New York; and paintings by Vincent van Gogh and Claude Monet. U.S. authorities have said some proceeds went to funding the production of the movie "The Wolf of Wall Street."

Jordan Belfort, whose life inspired "The Wolf of Wall Street" -- and who served 22 months in prison and paid millions in restitution for money laundering and securities fraud -- sued Red Granite Pictures for $300 million in January. In the complaint, Belfort said he wouldn't have sold the rights to his story if he had known the film was funded with dirty money.