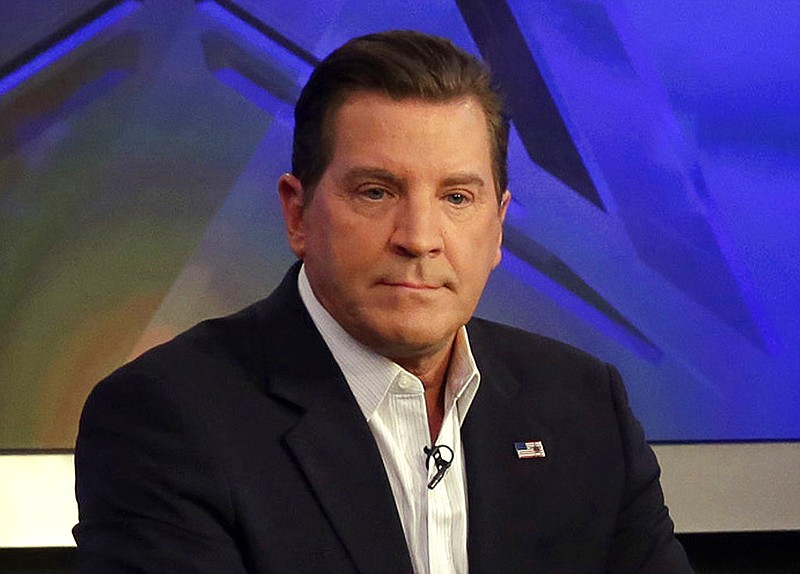 Eric Bolling, the host of "America This Week" on Sinclair Broadcast Group stations, appears on "The Five" television program on the Fox News Channel in New York in this July 22, 2015, file photo. (AP / Richard Drew )

NEW YORK — The Sinclair Broadcast Group said Saturday it is pulling from the air an edition of its “America This Week” program that discusses a conspiracy theory involving Dr. Anthony Fauci and the coronavirus.

Sinclair spokesman Michael Padovano said Sinclair hopes to add context and other viewpoints and still air the controversial segment on the next week’s edition of “America This Week.”

Meanwhile, Fauci, the nation’s top infectious disease expert, talked in detail in a new podcast about the “serious threats” and hate mail directed his way.

“America This Week” is hosted by Eric Bolling, a former Fox News Channel personality, and sent to stations Sinclair owns in 81 markets. The show it initially distributed for this weekend’s show featured an interview with Judy Mikovits, maker of the widely discredited “Plandemic” video, and her lawyer, Larry Klayman.

Mikovits, an anti-vaccine activist, said she believed that Fauci manufactured the coronavirus that causes covid-19 and shipped it to China. There has been no evidence that the virus was produced in a lab, much less any of Fauci’s involvement.

Bolling did not push back on the claim, or show any evidence of checking its veracity. He followed up with a segment interviewing radiologist Dr. Nicole Saphier, a Fox News contributor, who said she thought Fauci “in no way, shape or form has been involved in the manufacture of this virus.”

During the segment, first revealed by Media Matters for America, a chyron on the bottom of the screen read “Did Dr. Fauci create coronavirus?”

Bolling told CNN Business that he wasn’t even aware of the “Plandemic” video before his bookers arranged for Mikovits’ appearance. He told CNN that “frankly, I was shocked when she made the accusation.” He said he brought Saphier on to challenge what he called a “hefty” charge.

The 26-minute “Plandemic” video emerged this spring and promoted a series of questionable, false and potentially dangerous theories. Online platforms Facebook, YouTube and Twitter took actions to slow its distribution.

Kelly McBride, a senior vice president and ethics expert for the Poynter Institute, a journalism think tank, said Saturday that such controversial theories should only be presented if accompanied by thorough reporting on their accuracy.

“One has the responsibility to vet the information that they’re putting in front of an audience,” McBride said. “There’s no way to put information out like that responsibly because it’s so far-fetched.”

Before pulling the episode, Sinclair had tweeted that it did not endorse Mikovits’ theory. But the company said, “We’re a supporter of free speech and a marketplace of ideas and viewpoints, even if incredibly controversial.”

A hero to some for his blunt talk about covid-19, Fauci has been the target of criticism by supporters of President Donald Trump. It was revealed this spring that he was given security after receiving threats, and he talked about it in some detail on “The Axe Files” podcast recently with David Axelrod, an aide to then-President Barack Obama.

Fauci says he is receiving “not only hate mail, but actual serious threats against me.”

“I mean against my family, my daughters, my wife,” he said. “There are people who get really angry at thinking that I’m interfering with their life because I’m pushing a public health agenda.”

When it comes to hate mail and serious threats against him and his family, Fauci said, “I don’t really see how society does that.”

“I could understand, very well, that you have to be careful because of the negative consequences of things like shutting down,” he said. “That’s understandable, which is the reason we’re all trying to open up America again in a way that is safe, that we an do it in a measured fashion. But the hostility against public health issues is difficult to not only understand, but difficult to even process.”