Multi-sport athletes may have to choose 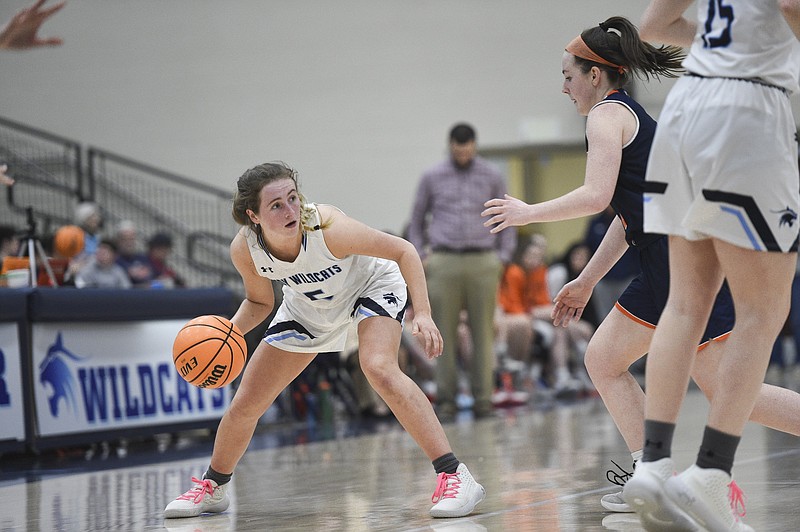 Caylan Koons, a two-sport standout at Springdale Har-Ber, may have some tough decisions to make if seasons have to overlap this spring because of schedule changes caused by the coronavirus pandemic. (NWA Democrat-Gazette/Charlie Kaijo)

The second of a three-part series about the effects the continued outbreak of covid-19 and the surge of positive tests across the South could have on fall sports.

Caylan Koons is used to going nonstop. Her summers are normally filled with Junior Olympic volleyball tournaments or AAU basketball events. She's used to hustling from one event to another.

But the covid-19 pandemic put the brakes on those activities.

The two-sport standout at Springdale Har-Ber, like many other athletes, was forced to work out on her own during the spring when school, sports and so many other things were shut down because of the virus.

"It was very difficult at the beginning," said Koons, an all-state performer in both basketball and volleyball. "But I'm a morning person and very routine-oriented.

"Every day became basically the same for a while. Wake up about 8, get a good breakfast and do the workouts that my coaches sent."

Fast forward to today, and Koons is back in practice with her Har-Ber teammates. Well, sort of.

The 5-9 standout is practicing her social distancing along with ball-control and shooting skills, while wearing a mask.

"It's super weird," Koons said. "You can't be around anyone. You can't touch anyone."

Koons' experience could get more unusual if what's taking place in some other states is adopted in Arkansas.

Officials in New Mexico and Washington have already decided to flip contact sports like football and volleyball to the spring to give spiking covid-19 cases a chance to subside.

It's also being discussed in Louisiana, Virginia and Michigan. California and the District of Columbia have said sports won't begin until at least January.

At least one doctor said pushing the season back isn't a bad idea.

Dr. Rand McClain, a specialist in sports medicine, said pushing seasons for contact sports like football to the spring could be helpful.

"We have more time to learn from others' mistakes," said McClain, who owns a practice in Santa Monica, Calif. "We can learn more about the virus and take advantage of treatments that are underway as we speak."

Ultimately though, he said he would be for canceling the season for contact sports in high school. He said he believes professional and college football have the ability to keep the athletes safer in a controlled environment and the financial backing to administer advanced testing. Those things are just not available for high schools, he said.

"If you can do the right things, you can prevent it," McClain said. "I think you draw the line at high school. You know there's not enough money to do the amount of testing required. Add to that the population you're dealing with. College, that's where we're weighing the maybes.

"But at the high school level, someone's definitely going to drop the ball. That's why in my opinion for what it's worth, I think you draw the line at high school."

Lance Taylor, executive director for the Arkansas Activities Association, said sports in the state will start on schedule -- for now.

"We're prepared to move forward," Taylor said. "We think we've got some guidelines in place that will keep our students safe and that's our No. 1 goal."

Taylor acknowledged he and his staff will remain flexible to try to make sure students are able to participate in athletics and activities, which he said are a key part of their high school experience. There's even been discussion about possibly extending seasons for spring sports like track and field, baseball and softball into the summer if necessary, Taylor said.

"We would look at going into the end of June if that's what it takes for these kids to have the experiences they deserve," he said.

Some of those things were snatched away last spring when schools were shut down and spring sports were canceled because of the virus.

He also pointed out issues with flipping seasons.

"You start moving seasons around, then you start affecting kids who want to play multiple sports," Taylor said. "We want those kids to have their childhood memories. We don't want to do what we had to do [this] year.

"College recruiting for these athletes also becomes affected if different states are doing different things. College coaches have specific times to go out and see players."

That's a big deal for athletes like Koons, who will be entering her junior year. She has a scholarship offer for both basketball and volleyball already. But moving high school volleyball to the spring could conflict with Junior Olympic events where college coaches flock to see potential recruits.

Kain Johnson, an all-state quarterback and starting point guard for the Elkins basketball team, has no scholarship offers in hand yet. The senior said he just wants the chance to play and show off his skills. If that has to be in the spring, so be it.

"I'd rather that happen than not play at all," Johnson said. "I really want to play in college. I don't know what sport yet, but I don't know how it will all work out."

"What if we jump in and flop them and then we get a spike in covid cases later and we end up canceling the spring sports," Conaway said. "Then your baseball program has lost two seasons. The possibilities and obstacles get kind of scary.

"It sounds like that's just an easy flip. But once you start seeing what it really looks like, it gets cloudy. It's going to take everybody doing their part."

Harrison Athletic Director Chris Pratt said he has already been discussing lots of potential scenarios with coaches, including the potential of sharing facilities if soccer and football were both played in the spring.

"Some spring sports don't even have schedules done," Pratt said. "Heck, nobody's prepared to run a track meet right now. If you're going to play football in the spring, then turn around and play a full season in the fall. That's not good for kids either."

Drew Dudley, a rising senior at Shiloh Christian, has spent the summer rehabbing a torn labrum in his right (throwing) shoulder he suffered in January. He played cornerback for the Saints' Class 4A state runner-up football team and patrolled center field for the baseball team.

The 6-2, 180-pounder, who could be a two-way starter this season for the Saints' football team, said he's tried to turn the negative of the pandemic into a positive for him.

"I think a lot of people are seeing it as a bad thing," Dudley said. "I think I've taken good advantage of the time to try and rise above the competition."

Koons said she has a positive take on her experience during the pandemic.

"I believe God put this in the right spot," Koons said. "I needed a rest physically and mentally. Finding that routine, I was pretty proud. I don't have any siblings. It's just kind of me. But my parents helped me a lot."

Surrounded by uncertainty, she said she tries to remain on an even keel each day.

"I'm definitely trying to stay calm and not stress," Koons said. "Just trying to go with the flow and see what the future holds and live my life with my family." 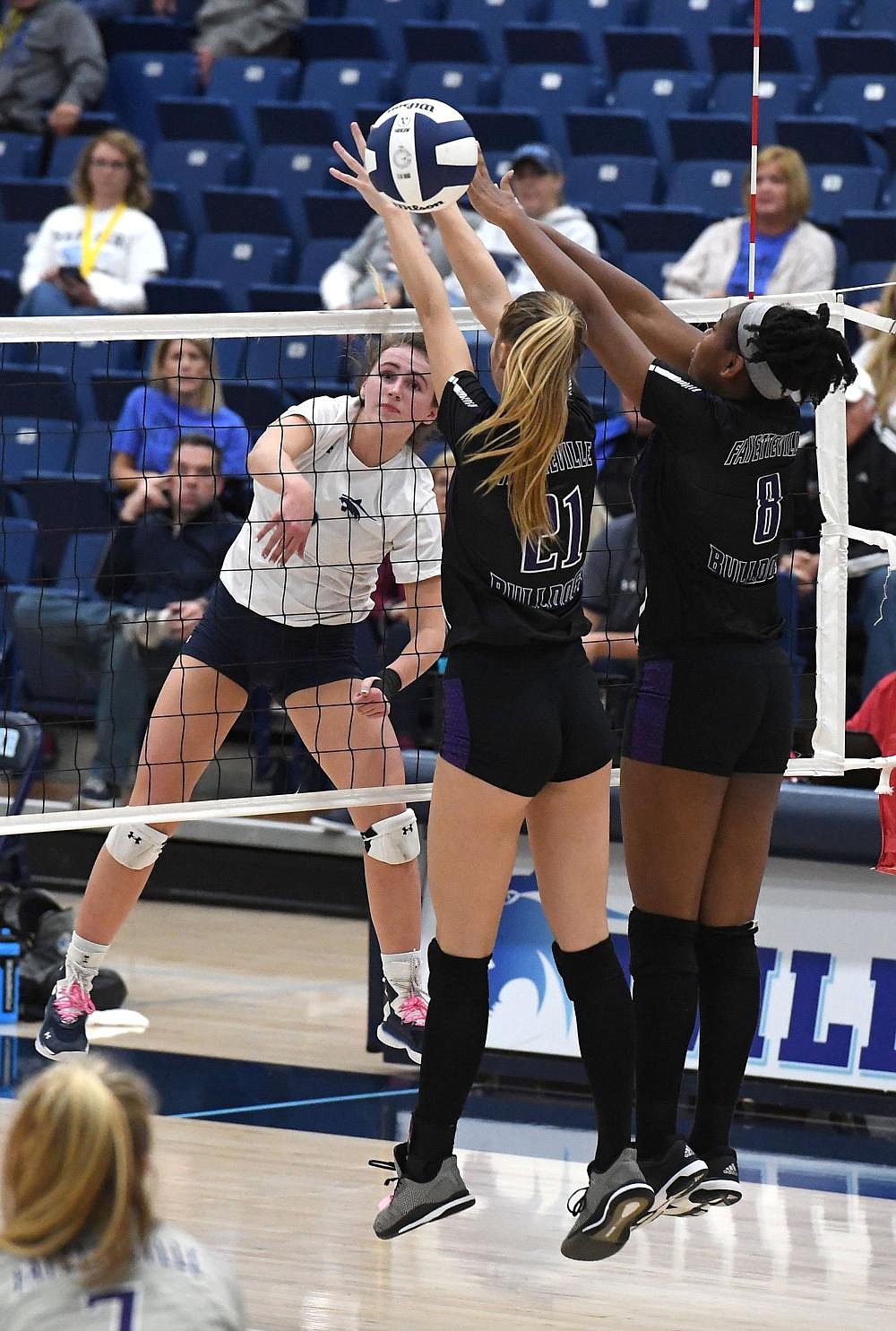