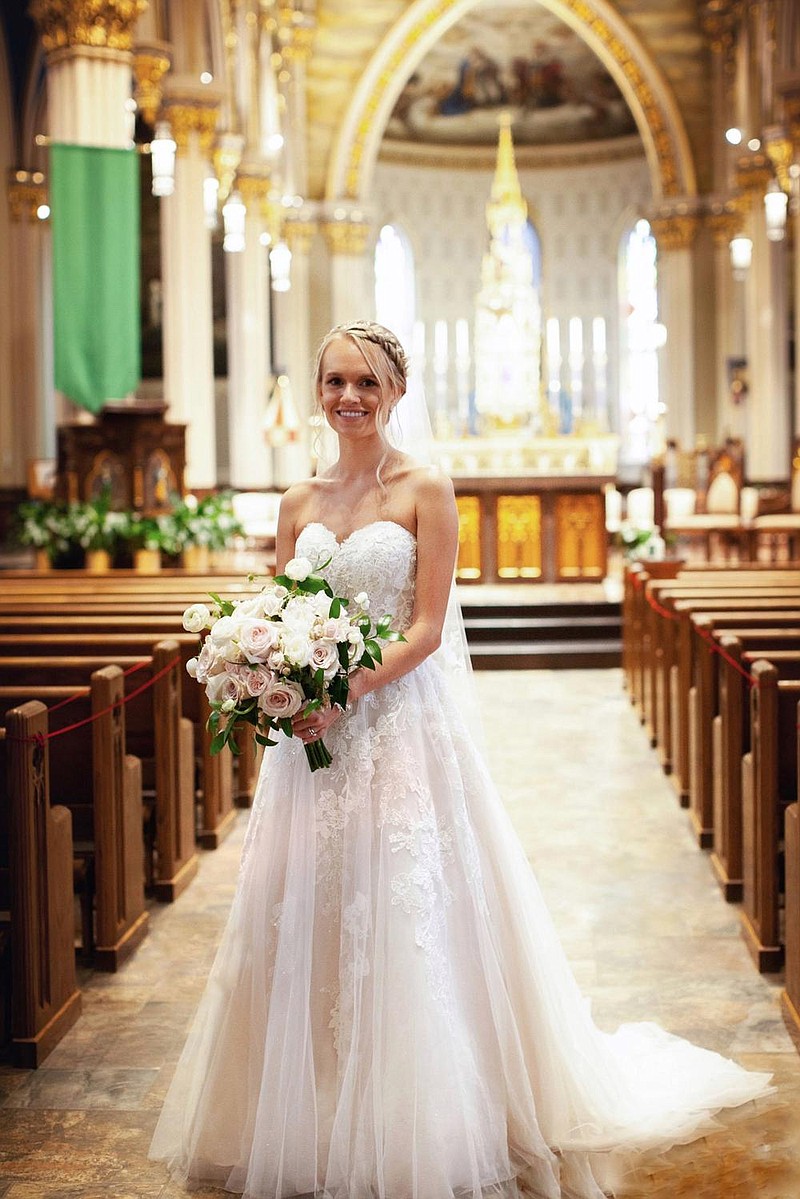 The bride is the daughter of Marissa and William O'Hayer of South Bend, Ind. Her grandparents are the late Angelina and John McMahon, the late Elizabeth Klein and the late Robert E. O'Hayer.

The Basilica was decorated with garden arrangements of pink and cream hydrangeas, roses and peonies. Music was by organist Patrick Kronner and vocalist Danielle Svonovic.

Given in marriage by her parents, the bride wore a strapless A-line gown embellished with ivory appliques. She carried a rounded bouquet of ivory and blush roses, ranunculus and sweet pea.

Mary Slowiak of Indianapolis was maid of honor. Bridesmaids were Veroncia Sawyer of Minnetonka, Minn.; Mary Kate Hall of Seattle; Chelsea O'Hayer of Ann Arbor, Mich., sister-in-law of the bride; Brianna Bitting of Chicago; Michaela Fallon of Columbus, Ohio; and Riley Seay of Little Rock, sister of the groom. They wore blush pink gowns and carried bouquets of blush and rose pink lisianthus.

Best man was Reed Seay of Little Rock, brother of the groom. Groomsmen were Brennan Anderson of Dallas; Chris Musteen of Benton; Tom Pollei of Lafayette, Ind.; Joseph Hickman of Chicago; Dr. Patrick O'Hayer of Ann Arbor, Mich., brother of the bride; and William Boehner of Santa Monica, Calif. Guests were seated by Chayse Staten of Columbus and Bryce Barton of Seattle.

After the wedding a reception was held at Downe's Club, Notre Dame.

The bride has a bachelor's degree in neuroscience at the University of Notre Dame and is a medical student at Indiana University School of Medicine.

The couple will live in Columbus after a honeymoon at Block Island, Rhode Island.