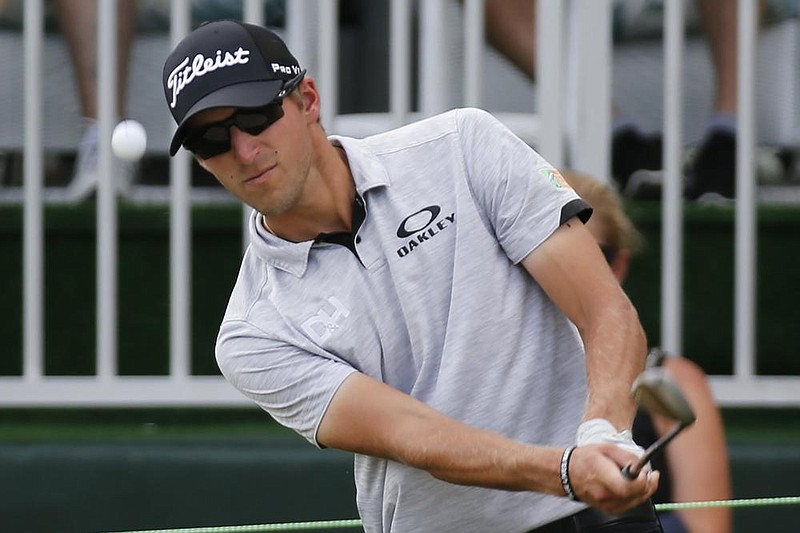 Richy Werenski chips up to the 17th green during the third round of A Military Tribute at The Greenbrier golf tournament in White Sulphur Springs, W.Va., Saturday, Sept. 14, 2019. (AP Photo/Steve Helber)

After sharing the halfway lead, Thompson and Werenski traveled on vastly different paths to each shoot 3-under 68 before walking together to the clubhouse even again. They were at 15 under at the TPC Twin Cities.

Charl Schwartzel shot a 66 in the third round, pulling even with Tony Finau for third place at 13 under. Max Homa posted a 64, making a big jump to fifth at 12 under.

Thompson, who entered the week well below the cut for the FedEx Cup Playoffs in 151st place, made three consecutive birdies on the front nine. The 35-year-old, whose only career tour win was at the Honda Classic in Florida in 2013, knocked in another one on the 590-yard, par-5 12th hole to move to 16 under.

Thompson held a four-stroke lead until the 15th, when his game on the greens suddenly faltered. His 8-foot putt for birdie went long, and he settled for par.

Werenski, who was one spot off the FedEx Cup cut last season and came to Minnesota in 89th place, birdied the 15th hole to move up. So did their playing partner Finau, making up for three earlier bogeys.

Thompson rolled a 15-footer too long on the 17th green, too, taking just his second bogey of the entire tournament as a light rain began to fall on another muggy and breezy afternoon in this suburb north of Minneapolis as the heat index reached the upper 90s.

Thompson, whose best finish on this virus-interrupted tour schedule was a tie for eighth at the RBC Heritage in South Carolina, started 18th with even more trouble by hitting his drive into the drink. There were 248 balls hit into water hazards over Thursday and Friday, the most through two rounds on the PGA Tour this season.

Thompson's next try after the penalty stroke landed in the green-side bunker, but he saved par with a clutch chip out of the sand that landed 7 feet from the cup. Werenski, whose 63 in the first round is tied for the low score of the tournament, birdied that hole.

NEWCASTLE, England -- Renato Paratore won the British Masters for his second career victory on the European Tour on Saturday after closing with a 2-under 69 containing his first bogeys of the week.

The Italian golfer's first dropped shot of the tournament came on his 63rd hole -- at No. 9 in his final round -- to end his bid to become the first player to win a European Tour event without a bogey since Jesper Parnevik in the 1995 Scandinavian Masters.

Paratore also bogeyed the 11th hole but recovered the consistency he had previously shown at Close House Golf Club to play the last seven holes in one under par and claim his first title since the Nordea Masters in 2017.

Paratore finished on 18 under overall, three strokes ahead of Rasmus Hojgaard (70).

Lee Westwood, the tournament host and the only player competing this week sitting in the world's top 50, slumped to a closing 79 which included an 8 on the par-three 9th hole. He finished in 70th place -- the last of the players who made the cut -- after starting out as favorite. 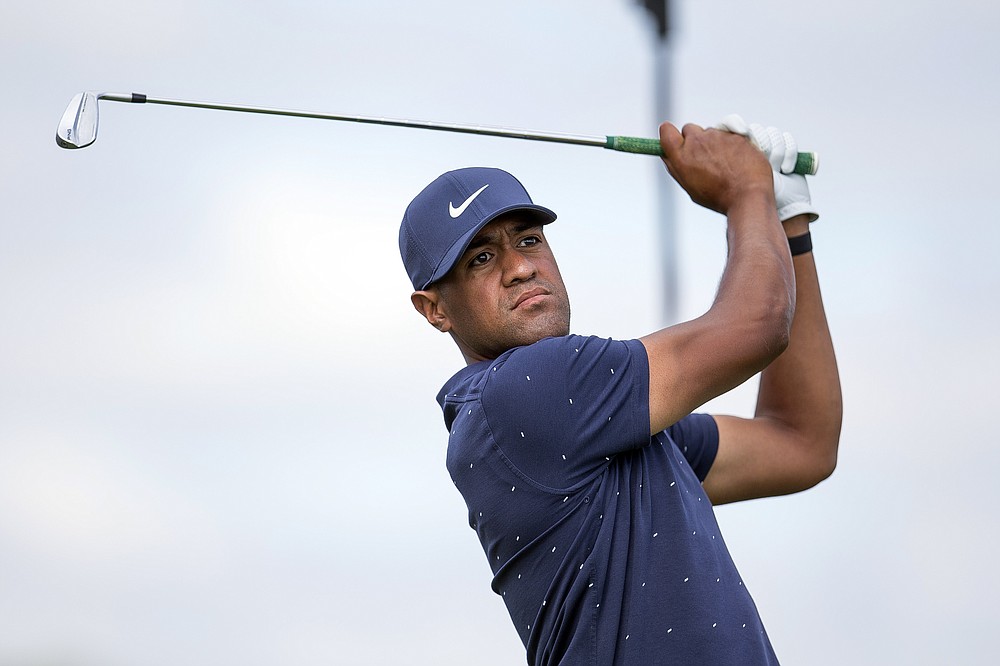 Tony Finau tees off on the fourth hole during the first round of the 3M Open golf tournament in Blaine, Minn., Thursday, July 23, 2020. (AP Photo/Andy Clayton- King) 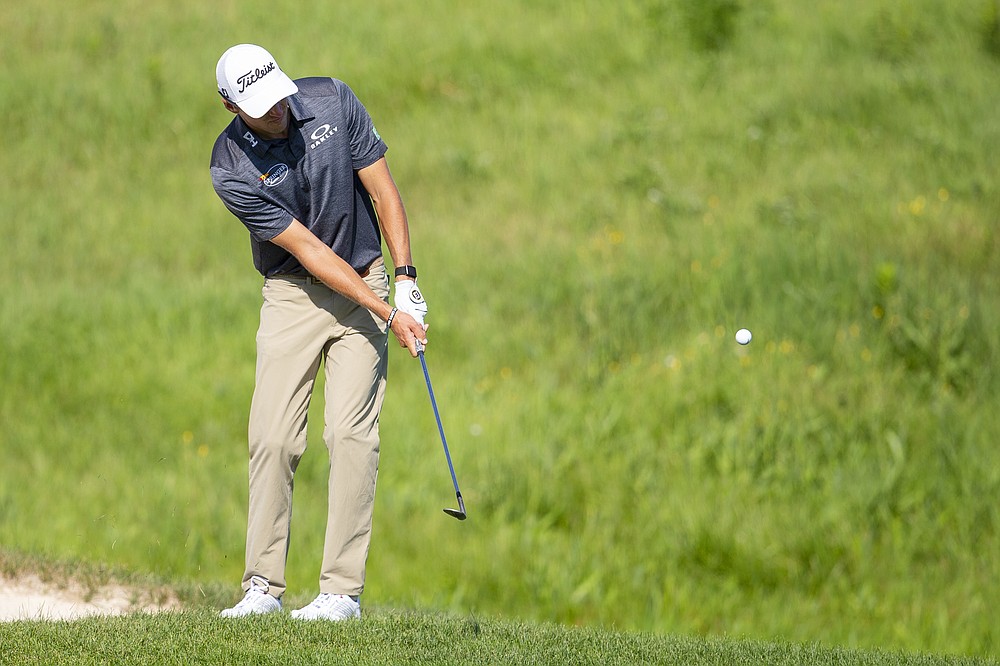 Richy Werenski chips on the 18th hole of the during the first round of the 3M Open golf tournament in Blaine, Minn., Thursday, July 23, 2020. (AP Photo/Andy Clayton- King) 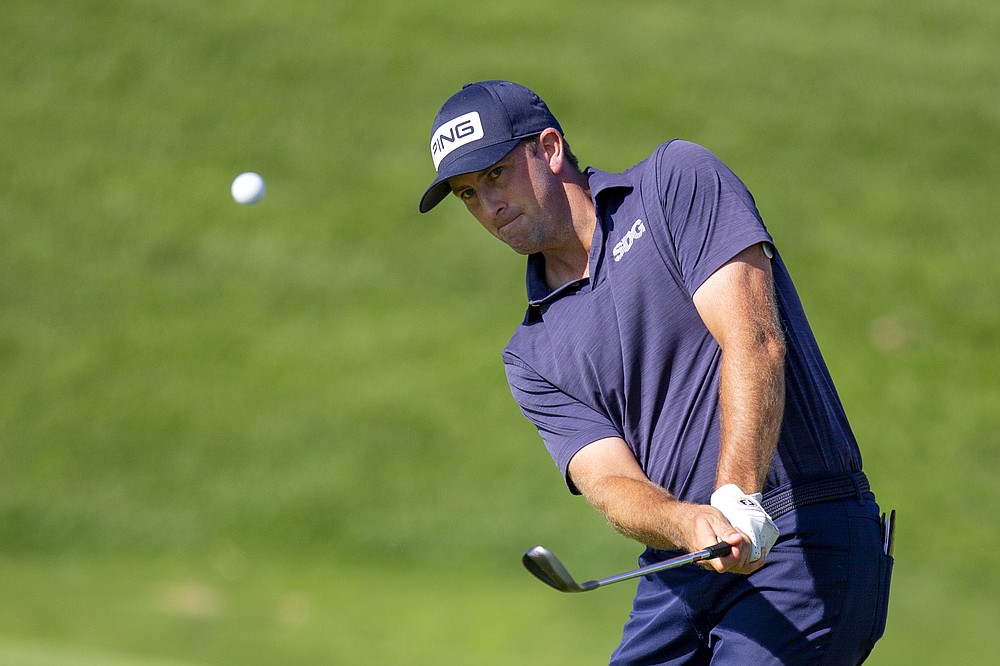 Michael Thompson chips on the 9th hole of the during the first round of the 3M Open golf tournament in Blaine, Minn., Thursday, July 23, 2020. (AP Photo/Andy Clayton- King)
ADVERTISEMENT