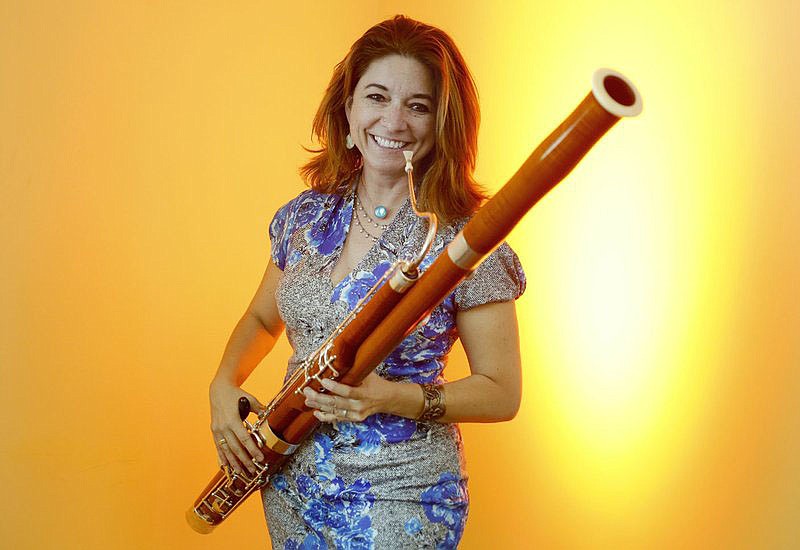 Lia Uribe, 2020 Artist INC Live facilitator, is also a professor of bassoon at the University of Arkansas and principal bassoonist of the Symphony Orchestra of Northwest Arkansas and the Arkansas Philharmonic Orchestra. (NWA Democrat-Gazette/David Gottschalk)

Artist Inc. Live has launched for its fourth year in Northwest Arkansas with its most diverse cohort of artists and facilitators yet, organizers say.

About 65 Northwest Arkansas artists have completed the program to date, Evans said.

Program administrators used a new recruiting strategy to better identify ethnically, culturally and disciplinary diverse artists in the region this year that relied on more than traditional forms of advertising to select participants such as using the radio, social media, general phone calls and word of mouth, said Lia Uribe, program facilitator.

"In a world in which white people complain about lack of quality outside of white spaces, it is important to understand the many existing barriers for minorities to access information," Uribe said.

Administrators took time to research local artists, ask for recommendations and explore artists' websites and social media pages to reach a large group -- who otherwise wouldn't have known about the program -- and personally invite them to apply, she said.

Evans noted there are many steps along the way that can open up access or close it off.

Administrators' efforts have resulted in a group of artists and facilitators that includes six men, 15 women and one genderqueer artist ranging in age from 24-65, Evans said. Hispanic, Black, white and Native American artists are among those representing disciplines as varied as the visual and literary arts, dance, music, film, photography and theater.

Diversity has historically been at the core of Artist Inc., Uribe said.

"This year, there was a sense of urgency for Artist Inc. to be an answer to artists struggling because of covid-19, isolation, the state of the economy and the other byproducts of the pandemic," she said. "During these times of racial inequalities awakening, our program's tangible measurements and actions toward diversity are clear statements of what change looks like."

Uribe, 49, of Fayetteville is an associate professor of bassoon at the University of Arkansas as well as the principal bassoonist of the Symphony Orchestra of Northwest Arkansas and the Arkansas Philharmonic Orchestra. Uribe said she was part of the program's first cohort in the region.

The bassoonist is originally from Cali, Colombia, and is a member of the LGBTQ community.

"When I sit here as an artist or as an educator, as a performer, I bring all of my identities to the room," Uribe said.

Uribe has been a working artist since she was 15, she said, and has witnessed a lack of representation of diverse populations in classical music for much of her career.

"I was playing all of this white, male European music, and it took me years and years to realize that an African American composer was an option for me -- that they existed," she said. "I don't want my students or my communities to have to go through that very same, painful process."

Intentional efforts to include diverse populations in programs like Artist Inc. become drivers to make diversity in the arts a reality, she said.

"It has to be intentional, it has to be proactive, and it requires work," she said. "It's really getting out of your comfort zone and going places and finding that quality. It is there."

Artists are naturally entrepreneurs and business people, Evans said, but often lack the training necessary to create a sustainable career. The program aims to close that knowledge gap, she said.

"You learn all these skills, but I'd say the biggest takeaway is being able to set goals, figuring out what success means to them," she said. "It's truly amazing to see the goals that people set and to watch them achieve them over and over and over again."

Northwest Arkansas is the first to use a virtual program to deliver Artist Inc. content, Evans said. Artists and facilitators connect by Zoom on Tuesdays to attend sessions on topics such as strategic planning, communications, branding, budgeting and creating an online presence.

The program typically cost $150 for participants, but the fee was waived this year in an effort to make it more accessible for artists who may be struggling financially during the pandemic, Uribe said.

Chad Maupin, 47, of Farmington is an illustrator and graphic designer who owns Big-Bot Design in Fayetteville.

"I've always been obsessed with comic books and posters and the printing process," Maupin said. "I want to do work that kind of tells a story."

Maupin said he participated in Artist Inc. in 2019 after a job opportunity took him off the grid for about a year.

"That period afterwards, it was almost like I was starting over," he said. "I had lost some of my clients. I'd kind of gotten into this lull."

"Along with the practical training it gives you, it's incredible networking," Maupin said, adding he had several jobs and artist collaborations come out of the experience.

Lessons learned through the program allowed Maupin to look toward success through a different lens, he said.

"It also opened my eyes to some of the possibilities with grants and some of the things you can do to empower yourself outside of just hanging out your shingle and saying 'Hey, hire me,'" Maupin said. "You always feel like you're sort of grasping at straws and trying to figure out how to get people to realize what you can do."

Equipping people so they can support themselves as artists is a factor in ensuring continued change in Northwest Arkansas, Uribe said.

"What we're doing is empowering them from the artist's perspective to hopefully move some change in housing, educational access, getting a loan to start a business," she said. "All of those things are important for this creative flow to go in the right direction."

The final event of this year's program is scheduled to be livestreamed Sept. 8 on Facebook and will be accessible for free by all, Evans said.

"The cohort artists are the guest speakers for the night," Uribe said. "It is amazing after connecting with this group of people, absorbing all this information and reflecting on your work." 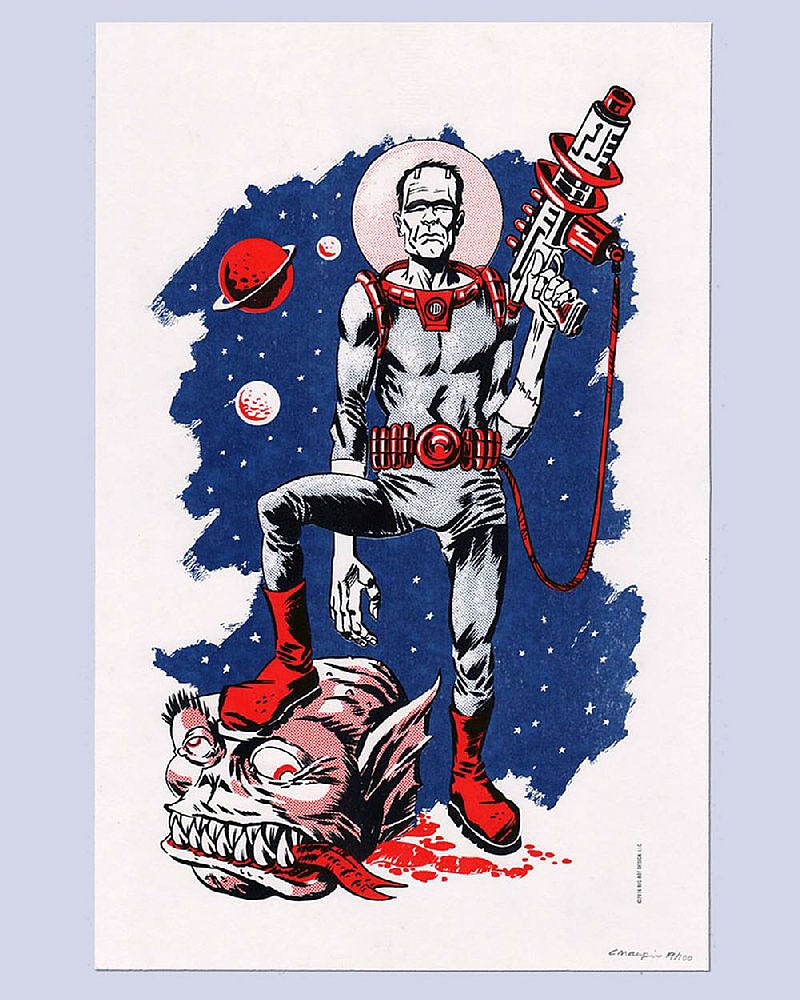