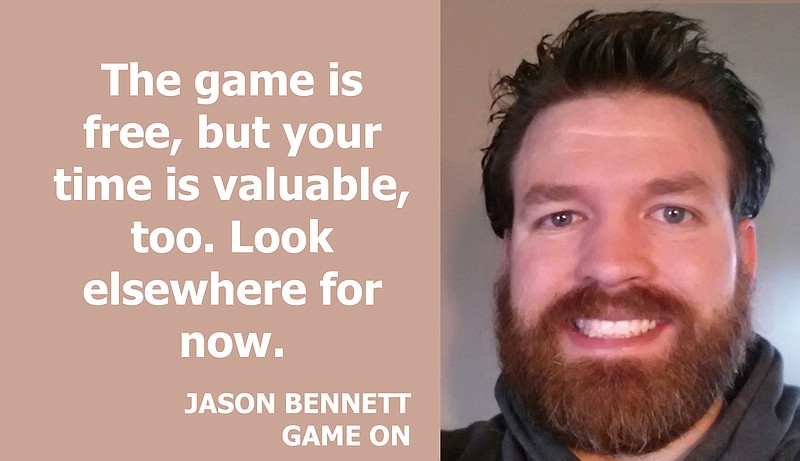 Rating: Anyone 8+, cartoonish fantasy violence only

The auto-battler genre is one that's still fairly new, and “Might & Magic: Chess Royale” is the latest entrant into an increasingly crowded field.

What sets “Chess Royale” apart is the nostalgic theme of “Might & Magic's” old-school fantasy RPG setting and the "royale" moniker, which judging by modern games now seems to mean "100 combatants, last man standing."

If you're new to auto-battlers, a fan-generated genre that skyrocketed into popularity last year, they are tactical strategy games with drafting elements from card games. Players fight each other in random one-vs.-one matches by placing drafted units onto a "chessboard," and when the round starts, the two teams of units fight one another automatically.

Players build their board as the game goes on, earning gold and experience each round that is used to expand the number of units on the board and draft new ones.

Each unit (sometimes called a hero or champion) also has various classes that give it synergy with other units of the same class, and getting enough of them on the board unlocks a bonus ability. Acquire three units of the same type, and they'll merge into a stronger version of the unit.

Despite the number of opponents increasing to 100 from the standard eight (in genre-leading auto-battler competitors "Team Fight Tactics," "Hearthstone Battlegrounds" and "Dota Underlords"), "Chess Royale" is actually much simplified. Completing a game only takes 10 to 15 minutes, in a "three losses and you're out" format.

For the most part, strategy is out the window as it's usually best to huddle all units together around a bonus-giving dragon. Beefy units up front, ranged units toward the back and that's all it takes.

One of the things I liked about this game is how easy it was to pick up and learn. When playing games such as "Team Fight Tactics," for example, I always had to keep a browser window open to remind myself how to evolve weapons and which units to equip with them.

Fans of the "Might & Magic" franchise need to know that as tie-ins go, it's pretty tenuous. Units are mostly the standard mythical fantasy fare: Druid, Treant, Green Dragon, Lich, Gnoll, Orc, Harpy, Vampire and so on. (Druids have magic; Treants are anthropomorphic organisms that resemble trees; Lichs are undead creatures that are almost skeletons; Gnolls are hyena-like humanoids.)

At first, I really quite enjoyed playing this game. But it doesn't take too long to start noticing some serious flaws. The first is microtransactions.

With most of the auto-battler competitors, while microtransactions might be available, they are cosmetic in nature only. They do not confer any benefits on the chances of winning. In "Chess Royale," that's not the case. In addition to choosing units for the battlefield, players unlock and choose three "Hero" units to lead those troops into battle. Hero units have their own attack and defense values that are added to those of the battle units, as well as special abilities. When a player loses a match, the current hero unit falls and is replaced by the next hero unit.

How to level up heroes? Spend months playing or break out the credit card.

The second flaw is worse. Those 99 other competitors? Chances are, they're not actually players. They're AI players masquerading as humans. I've never had a game where more than one of my opponents was also a human player.

What's worse is that because AI strategy isn't clever enough to present a challenge to human players, the game compensates by making AI heroes impossibly strong (which makes units on the field impossibly strong). A few hours into the game there's an enormous difficulty spike that only increases as one moves up the ladder.

The game is free, but your time is valuable, too. Look elsewhere for now. The other auto-battlers available do not suffer from these terminal flaws.

Rating: 18+ because kids should not be exposed to this kind of gambling

The advertisements for "Raid: Shadow Legends" have been pretty hard to miss. For a while, it seemed like every popular and semi-popular video game streamer was touting the game, and the slickly produced commercials were clever and attractive.

"Raid" falls into the category of mobile game known as a "gacha," named after Japanese vending machines that would deliver a random capsule toy. It's a crowded genre, with some real standouts (such as "Final Fantasy Brave Exvius") that have engaging, lengthy story campaigns and compelling, strategic gameplay.

Graphically, "Raid" is quite nice, with detailed character models and animations that set it apart from its competitors. And like all gacha games, it's free, with microtransactions available.

"Raid," however, operates with a level of shamelessness that shocks the conscience. Every time the game is opened, three advertisements to spend real money pop up (raging from anywhere from $2 to $50).

Return to the main menu in the game? More ads pop up.

It's constant, and the game is miserly to the max.

Most gacha games offer the "free to play" crowd quite a few chances to pull strong units, and they make their money off the small segment of the game population that really opens up its wallets. "Raid" sank its budget into slick graphics and advertising, ignored gameplay and story altogether, and made progress in the game virtually impossible without dropping hundreds of dollars.

It's boring, and a total dud, and all the streamers who took money to promote it should be ashamed.