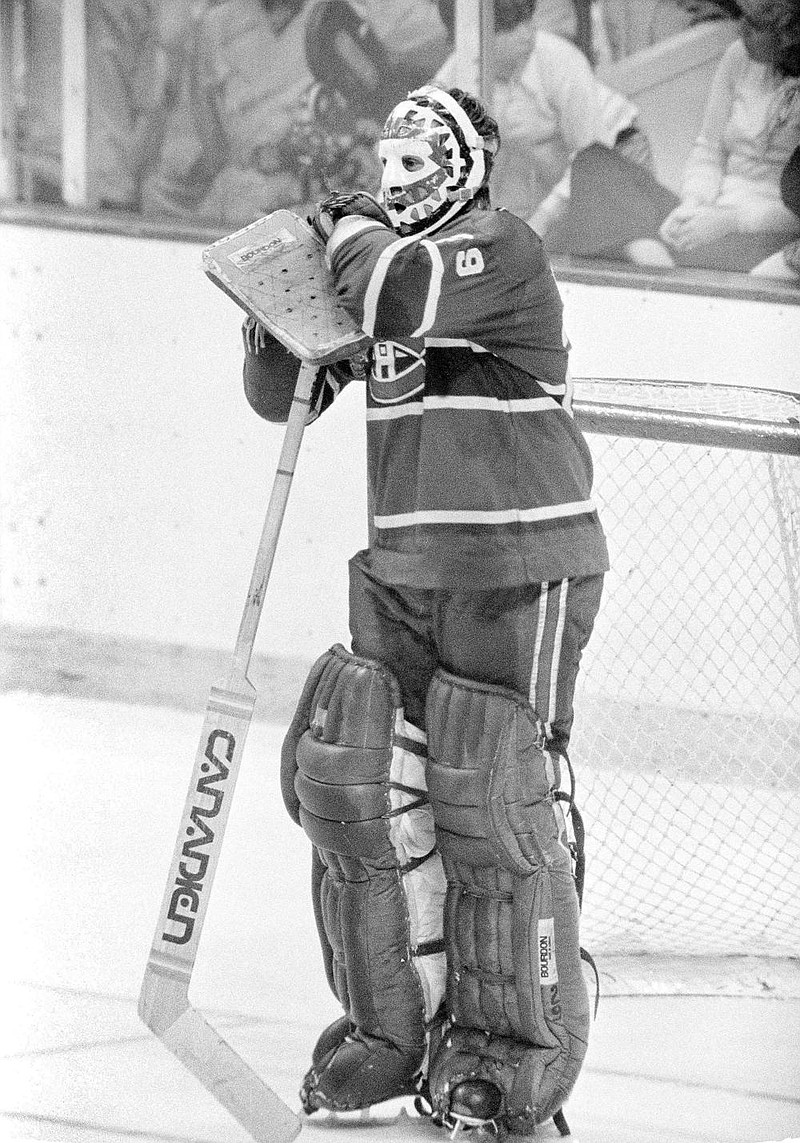 Ken Dryden, who led the Montreal Canadiens to Stanley Cup titles from 1971-79, said Canadian teams are overdue to win a championship. None have done so since 1993. (AP file photo)

"It is bizarre," Dryden recently told The Associated Press by phone from his home in Toronto.

Canada's Cup total over that 35-year span is actually 27, with Dryden and the Canadiens claiming six of them from 1971-79.

"Yeah, it's time," Dryden said. "It's been time for quite some time for a Canadian team to win. And I would think it would be fantastic if that happened."

And on Canadian ice, no less.

The NHL playoffs are scheduled to be held exclusively in Canada, with games set to open in Toronto and Edmonton, Alberta, on Saturday. Not since 1925 has every NHL playoff game been held north of the border, when Montreal, Toronto, Vancouver and Victoria were in the four-team mix.

And yet, even with six of Canada's seven franchises competing in this year's 24-team format, there is no guarantee one of them will become the first in 27 years to win the Cup since Montreal defeated the Los Angeles Kings in five games.

The streak is so long that 22-year-old New York Islanders prospect Kieffer Bellows wasn't even born when his father, Brian, hoisted the Cup for Montreal.

"We've talked about it sometimes," said Bellows, who was born in Minnesota, where his family maintained an offseason home. "Being from Canada, [my father] is going to cheer for Montreal and stuff. He's always going to have a soft place for them in his heart."

The same goes for Philadelphia first-year Coach Alain Vigneault. As former coach of the Canucks, Vigneault was in the most recent position of ending Canada's drought in 2011, when the Canucks lost the final in Game 7 to Boston -- also the last time the Cup was awarded in Canada.

"There's no doubt that in Canada, hockey's the No. 1 sport. You can probably say everybody's focused on it 24 hours a day," said Vigneault, whose Flyers will compete in a round-robin series to determine first-round playoff seeding. "There was obviously positive pressure in Vancouver I felt. And there's some positive pressure here in Philly."

Where once a Cup drought such as this would've made a significant dent in a passionate hockey nation's psyche, the same can't be said today.

Dryden, who went on to enjoy a successful career as an author, scholar and politician, believes Canada is a far more self-confident nation.

"Canada in 2020 is different from the Canada in 2000 or 1980," said Dryden, who also noted how Canadians feared they were losing a grip on hockey with the NHL expanding into non-traditional U.S. markets and the Colorado Avalanche winning the Cup in 1996, their first season after relocating from Quebec City.

"We are a much more self-assured place than we used to be," Dryden said. "We're good at a lot of things And we know that we have created something pretty special here."

In the present, that includes Canada's far better effort in flattening the covid-19 impact when compared to the U.S. It's also "not a coincidence that the hub cities are Toronto and Edmonton," as NHL Commissioner Gary Bettman said last week in citing health and safety issues in ruling out seven U.S. markets.

"Today we have many points of pride," Toronto Mayor John Tory said.

"We have values that are admired around the world. We have a political culture that seems to work. It's a functioning democracy where you don't have polarization and terrible divisions happening," he said. "And we've done a better job, though far from perfect, in addressing some issues to do with racism and discrimination." 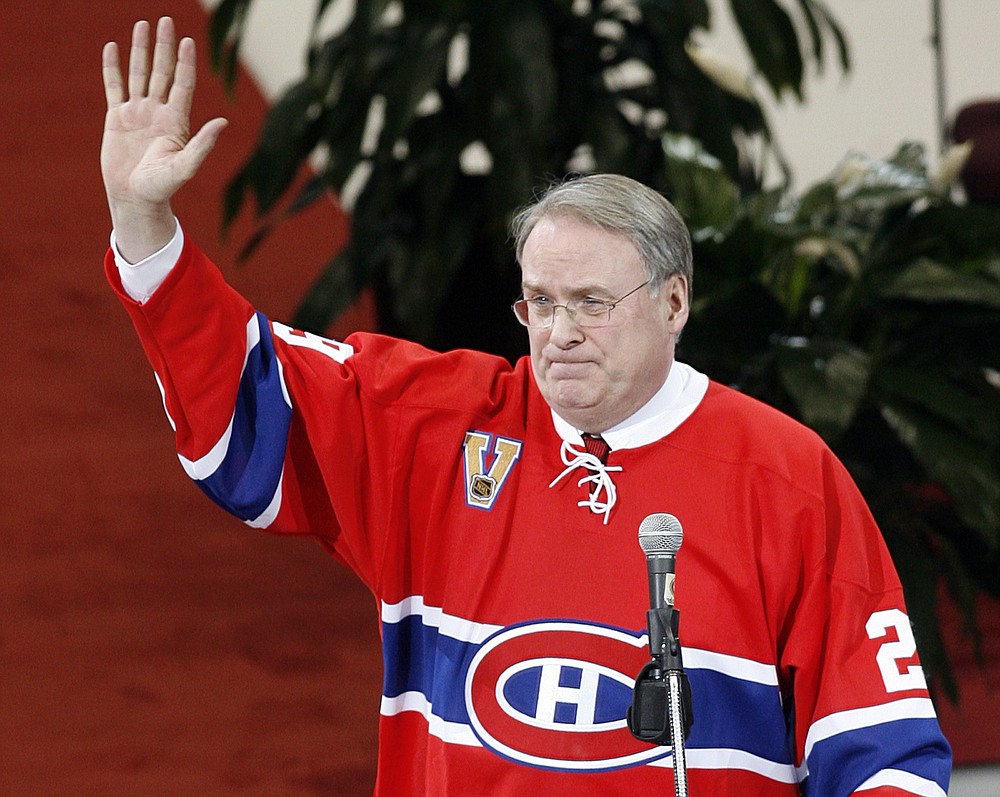 FILE - In this Jan. 29, 2007 file photo, Former Montreal Canadiens goaltender Ken Dryden waves to the crowd at the Bell Centre as his number is retired during a pre-game ceremony in Montreal. Drop the talk about placing an asterisk next to this year's Stanley Cup champion because many consider this year's postseason to be among hockey's most grueling tests. (AP Photo/Ryan Remiorz, CP, file) 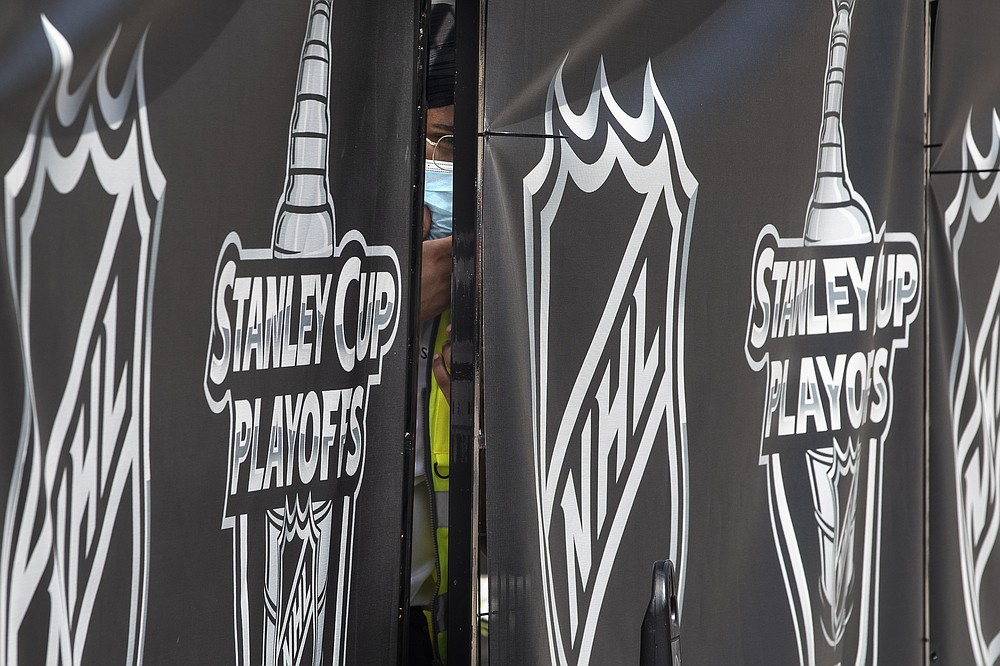 A security guard peers out from behind NHL-branded fencing at the entrance where players arrive at Toronto's Royal York hotel, which is acting as the "bubble" ahead of the return of the league's season following disruption due to the COVID-19 pandemic, Sunday, July 26, 2020. (Chris Young/The Canadian Press via AP) 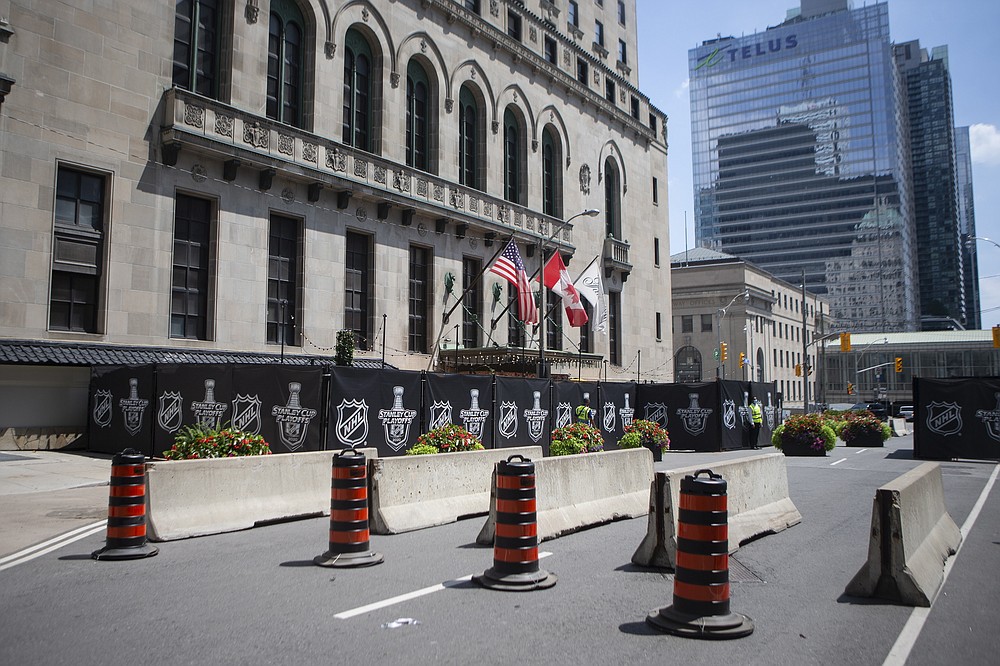 A section of the street outside Toronto's Royal York hotel is closed off as NHL teams arrive at the "bubble" ahead of the return of the league's season following a disruption due to the COVID-19 pandemic, in Toronto, Sunday, July 26, 2020. (Chris Young/The Canadian Press via AP) 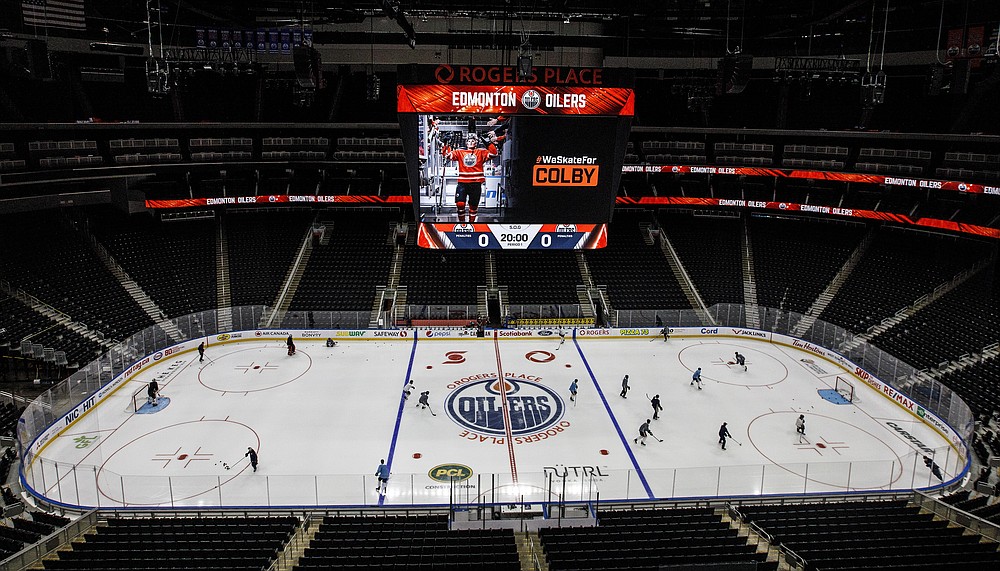 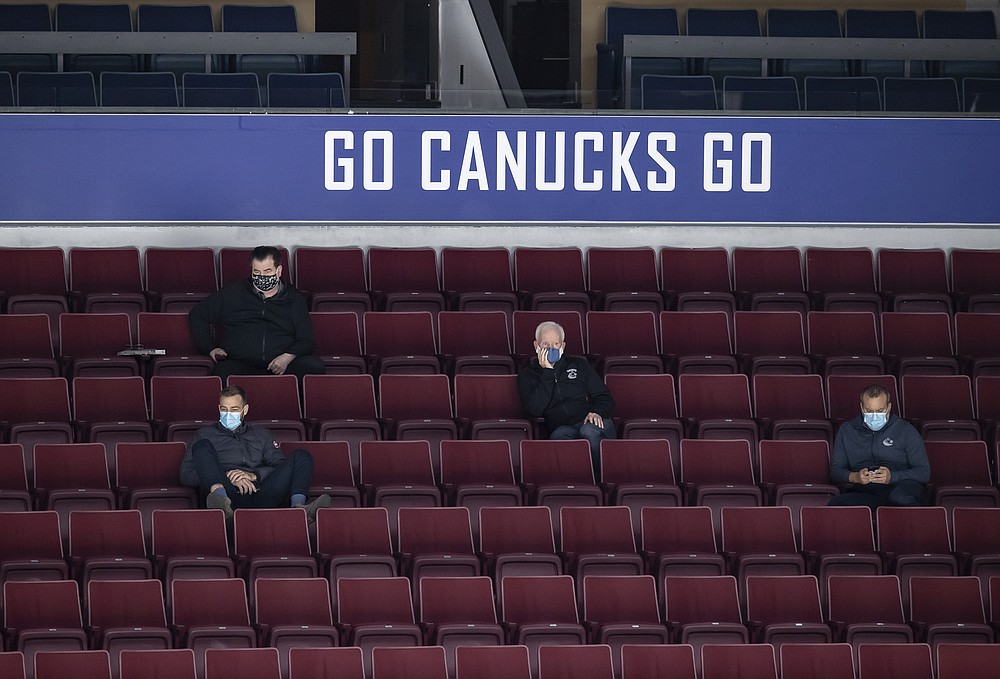