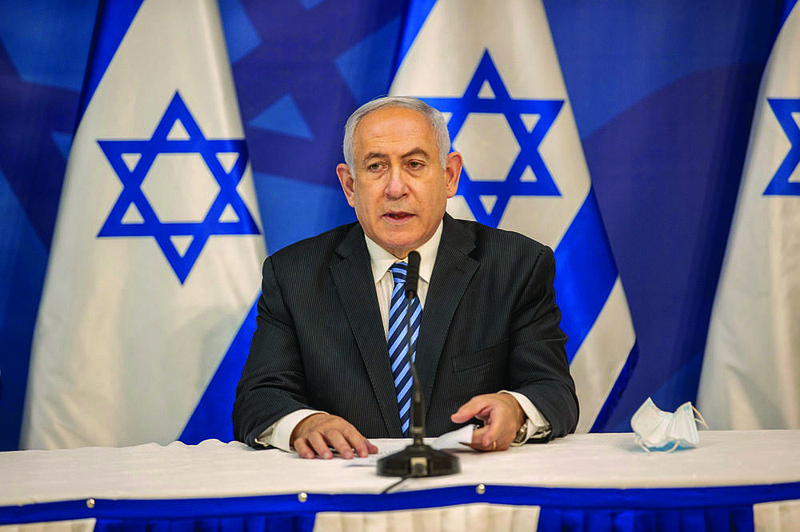 JERUSALEM -- Israeli security officials said soldiers exchanged fire with a "Hezbollah terror squad" to turn back an attempted incursion at the border with Lebanon on Monday. Hezbollah acknowledged taking fire, but denied launching an operation against Israel.

The clash followed a week of growing tensions and provocations between the sides, including an airstrike last week that killed a Hezbollah fighter in Syria, to which the group has vowed to respond. The U.N. Interim Force in Lebanon said it was in contact with both sides and would launch an investigation to determine the cause of Monday's skirmish.

"Hezbollah and the state of Lebanon bear full responsibility for this incident and any attack that comes from Lebanese territory against the state of Israel," Israeli Prime Minister Benjamin Netanyahu said in a televised address.

"Hezbollah needs to know that it is playing with fire. Any attack against us will be answered with great force," he said.

Lt. Col. Jonathan Conricus, an Israeli army spokesman, said the skirmish was sparked by an "infiltration attempt by a terrorist squad that crossed the Blue Line by a few meters." He said the group was monitored by Israeli army field observers and the "infiltration was successfully thwarted." No Israeli or Lebanese casualties were reported.

"The terrorists retreated back to Lebanon," Conricus said. "We have no information if any of the perpetrators were wounded or killed."

The Israeli military instructed residents living along the Israeli side of the Blue Line to stay in their homes. Agricultural work and tourist activity was suspended and main roads were closed to nonessential traffic. Civilian life has since resumed.

However, Conricus said Israel did not consider the incident to be over, and said its troops remained on "heightened vigilance."

The Israel Defense Forces identified the fighters as a Hezbollah cell, but there were doubts in Lebanon: Hezbollah does not shy from claiming its operations or losses. As hours passed and the group did not release a statement, local media channels, including Al-Manar, called on it to clarify what had happened.

Hezbollah eventually issued a statement denying carrying out an operation in Israel. The group said it did not fire anything into Israel, but had taken fire itself. Its media office did not respond to a request for comment.

Israel considers Hezbollah to be its toughest and most immediate threat. Israeli officials estimate that Hezbollah possesses some 130,000 rockets and missiles capable of striking virtually anywhere in Israel.

Information for this article was contributed by Ruth Eglash and Sarah Dadouch of The Washington Post, and by Josef Federman, Ilan Ben Zion and Bassem Mroue of The Associated Press.