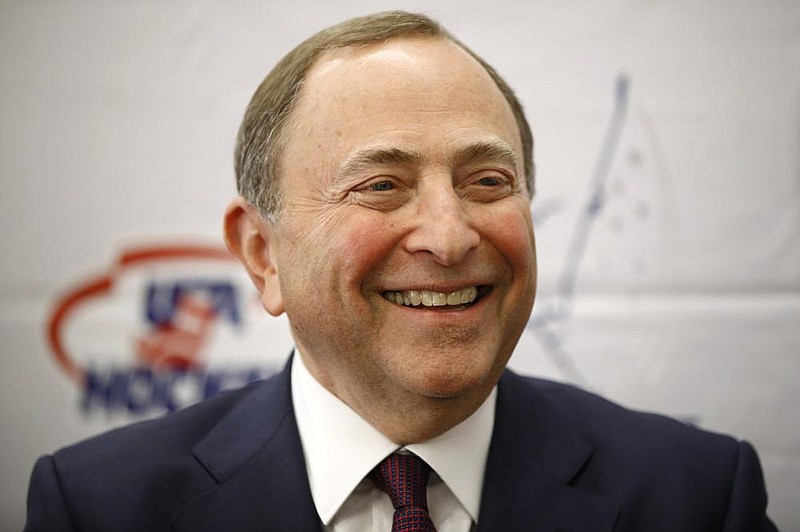 NHL Commissioner Gary Bettman speaks with members of the media before being inducted into the U.S. Hockey Hall of Fame, Thursday, Dec. 12, 2019, in Washington. (AP Photo/Patrick Semansky)

NHL officials have acknowledged that there is a long way to go before celebrating hockey's return during the coronavirus pandemic.

Teams submitted rosters and full 52-person traveling parties Friday and traveled to the hub cities of Toronto or Edmonton, Alberta, on Sunday. There are 12 exhibitions games before the real playoffs start on Aug. 1.

Commissioner Gary Bettman said getting to those quarantined bubbles and resuming play are just two more steps in the process with the hope of awarding the Stanley Cup in late September or early October.

"We still have a way to go to feel any sort of gratification," Bettman said. "If there's any point I'm going to feel substantial emotion, it'll be a sense of relief when I get to present the Stanley Cup."

Progress is being made. The league reported only two positive coronavirus test results during the first week of training camps.

NHL chief medical officer Dr. Winne Meeuwisse expects players and staff to test positive in the hub cities and said there is a plan to deal with that. Everyone will be tested daily with the goal of results being available within 24 hours, and the league has insisted that won't interfere with public resources.

"The quicker turnaround time and the availability on testing is not subtracting from the publicly available testing," Meeuwisse said. "We did not want to embark on a strategy that was going to take away protective equipment or testing from vulnerable populations and health care workers."

Deputy commissioner Bill Daly said the league had confidence in the safety of its bubbles, which will include roughly 200 security guards and fencing to keep those inside separated from the general public. But he's also not ready to take a victory lap.

"I will say my level of confidence has increased along the way," Daly said. "I think I'm comfortable with the protocols and procedures we have in place. And more importantly, I'm comfortable with how all the players seem to have embraced them and taken them seriously and are adhering to them."

NHL senior vice president of events and entertainment Steve Mayer said tributes to front-line workers and elements of social justice issues, including the Black Lives Matter movement, would be part of opening ceremonies in each city.

"We'll see how our players react naturally to what we will present opening night, but there will be some moments within the opening night ceremony that will touch on Black Lives Matter and social justice," Mayer said. "More to come on that, but it is something that of course we're talking about incorporating." 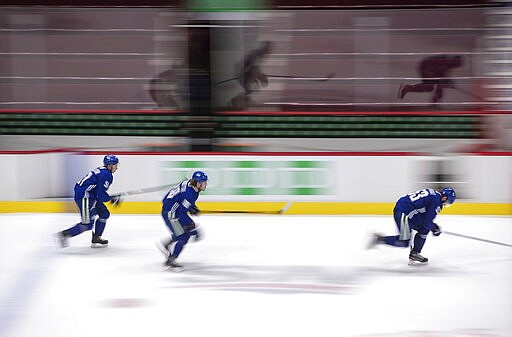 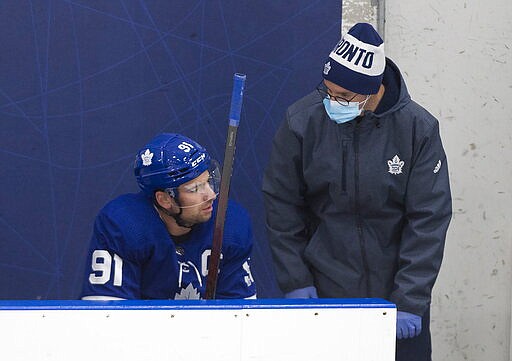 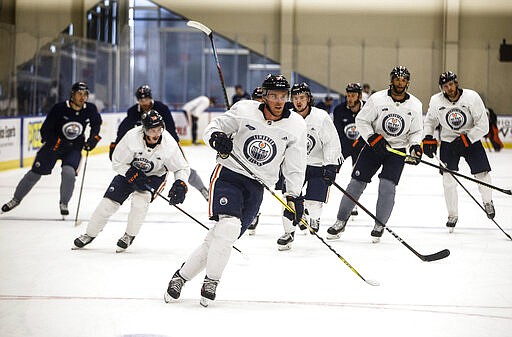