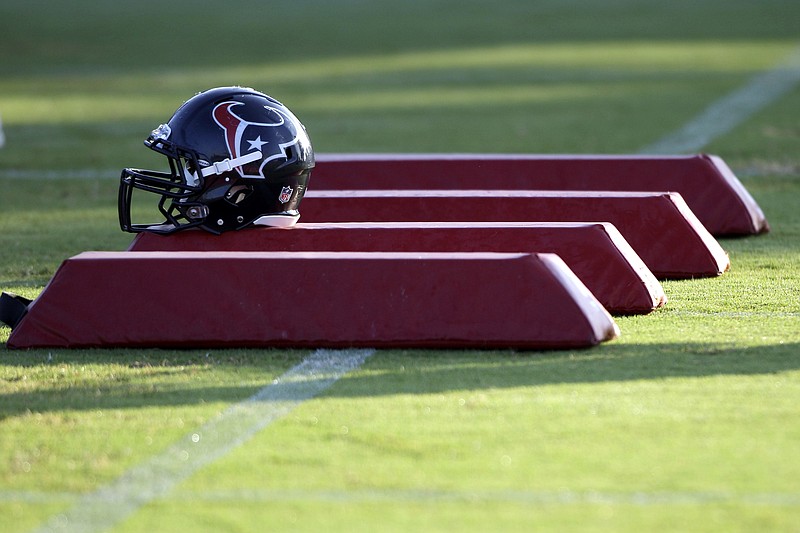 FILE - In this Aug. 3, 2010, file photo, a Houston Texans helmet sits on pads during NFL football training camp in Houston. As teams adhere to the medical protocols that wisely and necessarily have been ordered by the league and the players’ union, any sort of football action might be delayed until mid-August. (AP Photo/David J. Phillip, File)

Don't expect any footballs -- or players -- on fields at NFL training camps anytime too soon.

No blocking sleds. No pass-rush drills. No whistles.

As teams adhere to the medical protocols that wisely and necessarily have been ordered by the league and the players' union, any sort of football action might be delayed until mid-August.

Hopefully, no coaches are in a rush to get the blocking and route running, the passing and rushing and kicking going in earnest even after the coronavirus pandemic shut down since March anything but remote practices and workouts.

"These first two weeks we need to gently ramp them up and get them ready to play. Everyone is coming from different areas and with different restrictions," Los Angeles Chargers General Manager Tom Telesco said. "We're going to have to do different things. Without preseason games or combined team practices we will have to change up our schedule. Have to put them in more competitive situations and do the best we can."

Doing the best they can in 2020 should mean keeping everyone safe and healthy, not chasing victories. That can come later if the NFL's plan fares better than has Major League Baseball's so far.

There's no question that football organizations are paying close attention to MLB's situation.

"We understand that the virus is real," Philadelphia Eagles Coach Doug Pederson said, "and we do everything we can in our powers to stay safe, protecting ourselves when we're in the building, protecting our players, and it's unfortunate what has happened. But we do have a lengthy set of protocols that we have to abide by, and this is our new normal right now, working in these conditions ...

How? What are the appropriate dynamics for training camp in a sport that requires frequent contact, little to no social distancing, even huddles? A sport featuring trenches, gang tackling and, at the very least, two men touching the football on every play?

Dr. Scott Braunstein, the medical director of Sollis Health-LA and a former sideline physician for the Los Angeles Rams, has some suggestions.

While Braunstein finds the league's protocols reasonable and well developed, he is concerned about how the NFL is dealing with players who have had known close exposure to someone with a positive covid-19 test or someone with symptoms suggestive of the coronavirus.

"The issue is that what will occur is, initially after exposure those nasal swabs are extremely insensitive to picking up the viral loads," Braunstein said. "The chance you will show up as a positive are small and the chances of a false negative are almost 100%. It takes seven days before those tests are truly accurate. Even on the fourth day, there's an up to 67% false negative rate.

"So you will get players back in camp who are positive and are infectious."

Braunstein is a strong proponent of point-of-care testing, something the Screen Actors Guild is using.

"These are tests that can come back within 30 minutes pretty accurately before you get on a plane or before you get on a bus," he said. "Results are almost lab quality, so maybe a team could then isolate players who test positive away from the rest of the team."

He also wonders about travel for teams. The NFL, like MLB, opted not to seek a bubble environment like the NHL, NBA, WNBA and MLS went for.

"Travel is definitely another issue and this is where the NBA and NHL really got it right, but it may not be feasible to do that in football," Braunstein said. "Even traveling as a team on a private jet, you are still breathing recirculated air and flying across the country."

Another logical step, Braunstein said, is facial coverings for NFL players. A face shield has been developed that players could use, but Braunstein urges more.

"If they want to provide for the greatest level of safety, masks should be used for every play," he said. "Some sort of facial material should be mandatory. ...

"I know the NFL is not ordering mandatory masks and the players and the union have given some negative feedback. I think the discomfort of wearing a mask is nothing compared to what I have seen in emergency rooms." 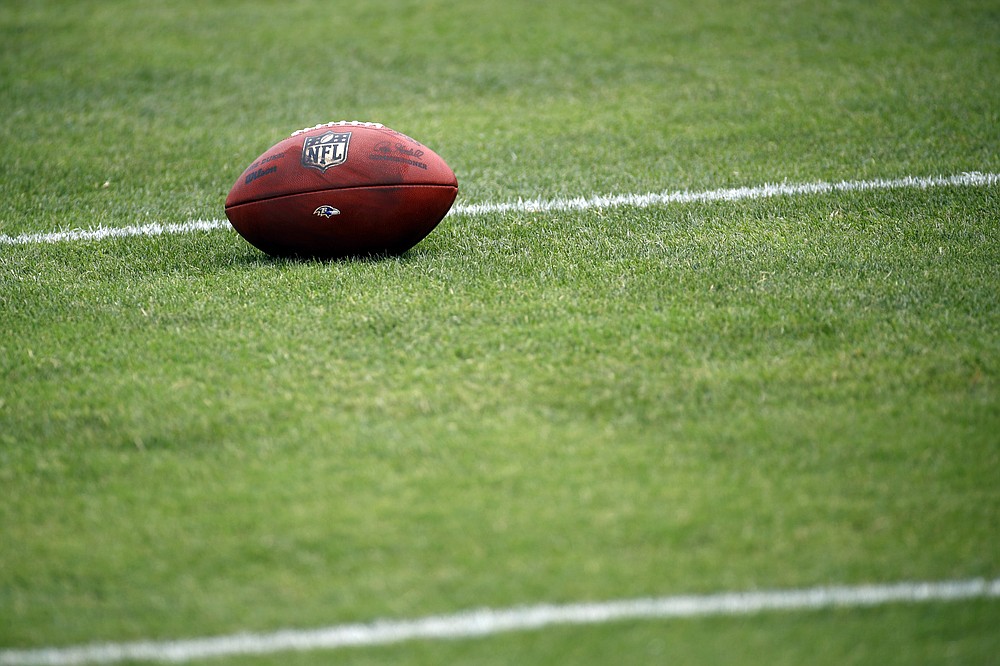 FILE - In this July 28, 2017, file photo, a football sits on a Baltimore Ravens practice field during NFL football training camp in Owings Mills, Md. As teams adhere to the medical protocols that wisely and necessarily have been ordered by the league and the players’ union, any sort of football action might be delayed until mid-August. (AP Photo/Patrick Semansky, File)
ADVERTISEMENT