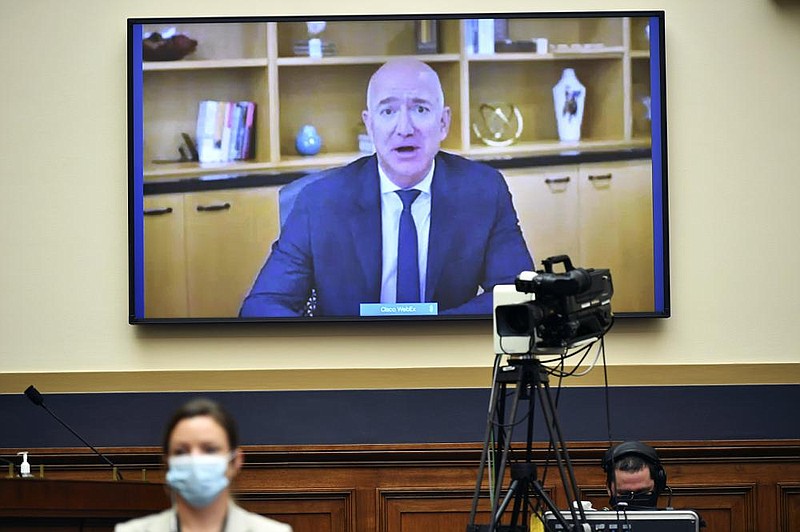 WASHINGTON -- The leaders of Amazon, Apple, Facebook and Google took a political lashing Wednesday as Democrats and Republicans depicted the executives as wielding their market power to crush competitors and amass data, customers and sky-high profits.

The rare interrogation played out over the course of a nearly six-hour hearing, in which lawmakers on the House's top antitrust committee arrived armed with millions of documents, hundreds of hours of interviews and in some cases the once-private messages of Silicon Valley's elite chiefs. They said it showed that some in the tech sector had become too big and too powerful, threatening rivals and consumers, and in some cases, even democracy itself.

"Our founders would not bow before a king. Nor should we bow before the emperors of the online economy," Rep. David Cicilline, D-R.I., said.

Cicilline, the chairman of the antitrust panel, opened the congressional investigation into Amazon, Apple, Facebook and Google last year, aiming to explore whether the tech industry's most influential quartet of companies had attained their status through potentially anti-competitive means. In response, the four chief executives -- Amazon's Jeff Bezos, Apple's Tim Cook, Facebook's Mark Zuckerberg and Google's Sundar Pichai -- took the witness stand to fiercely defend their businesses Wednesday as rags-to-riches success stories, made possible only through American ingenuity and the sustained support of their ever-growing customer bases.

[Video not showing up above? Click here to watch » https://www.youtube.com/watch?v=ohnzrsfEHZ0]

In exchanges likely to have lasting resonance, Democrats repeatedly confronted Zuckerberg with his own past emails. Rep. Jerrold Nadler, D-N.Y., the top lawmaker on the House Judiciary Committee, brought up a 2012 message in which Zuckerberg apparently said he sought to acquire Instagram, which at the time was a rival photo-sharing app, out of fear that it could "meaningfully hurt us."

Amazon, meanwhile, faced scrutiny over allegations that it may have misled the committee. The e-commerce giant previously told lawmakers that it does not tap data from third-party sellers to boost sales of its own products. But Rep. Pramila Jayapal, D-Wash., brought up public reports that indicated the contrary, prompting Bezos -- delivering his first testimony to Congress -- to offer an admission of potential fault.

"What I can tell you is we have a policy against using seller-specific data to aid our private-label business," he said. "But I can't guarantee you that policy has never been violated."

[Video not showing up above? Click here to watch » https://www.youtube.com/watch?v=MzDjeZAHH2k]

For all four executives, the afternoon offered uncomfortable clashes, laying bare the broad, bipartisan frustrations with the way Silicon Valley puts users' privacy at risk, polices content online and hurts competitors, including small businesses that have told lawmakers they cannot hope to compete with these tech giants.

Republicans, meanwhile, largely used their time during the hearing to attack some tech companies for engaging in perceived political censorship against conservatives, a claim that the industry vehemently denies.

"We all think the free market is great," said Rep. Jim Jordan of Ohio, the top Republican on the House Judiciary Committee. "We think competition is great. We love the fact that these are American companies. But what's not great is censoring people, censoring conservators and trying to impact elections. And if it doesn't end, there has to be consequences."

Cicilline is expected to issue a report in August, outlining the case for updating federal competition rules that would give regulators more power to investigate and penalize the industry. The fruits of his investigation could offer Congress one of the first major actions it can take if it aims to rein in the industry.

Democrats on the House's top antitrust committee sought to unspool the circumstances behind the four tech giants' successes.

Some lawmakers specifically accused Google of weaponizing its popular search engine to put rivals at a disadvantage. Cicilline said Google had "stolen content to build your own business," citing its practice of culling and displaying information at the top of users' search results.

Google historically has said its approach to search helps people find the answers they need or the products they're looking for. In the case of Yelp, Cicilline questioned Google's motives, stressing the search giant had stolen its restaurant reviews and threatened to "delist" the site when it complained. Cicilline also accused Google of monitoring web traffic to "identify competitive threats."

Pichai disputed the characterization that Google had stolen content and put rivals at a disadvantage. "Today, we support 1.4 million small businesses supporting over $385 billion in their core economic activity," he said. "We see many businesses thrive, particularly even during the pandemic."

Cook, the head of Apple, received fewer questions than his counterparts. But several lawmakers peppered him with questions about the way the company handles its app store -- and the companies that have developed competing products or services that Apple also offers.

Lawmakers repeatedly raised the company's policy to take up to a 30% commission on in-app sales and subscriptions, a fee that has chafed prominent companies, including Spotify, that fear they have no choice but to surrender critical revenue to Apple. The iPhone giant says the fee essentially funds the entire app ecosystem. 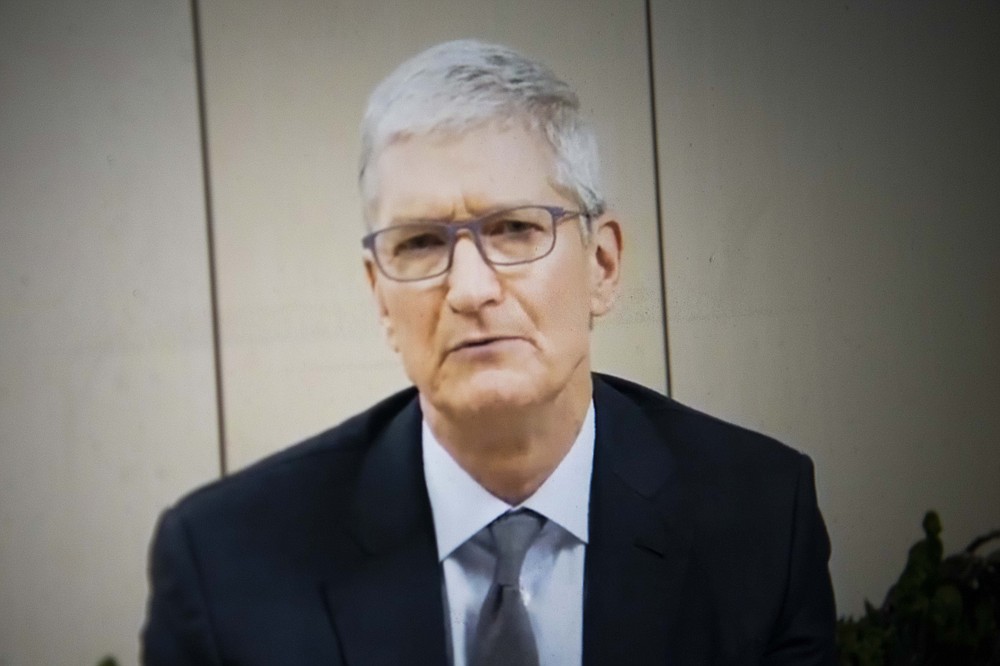 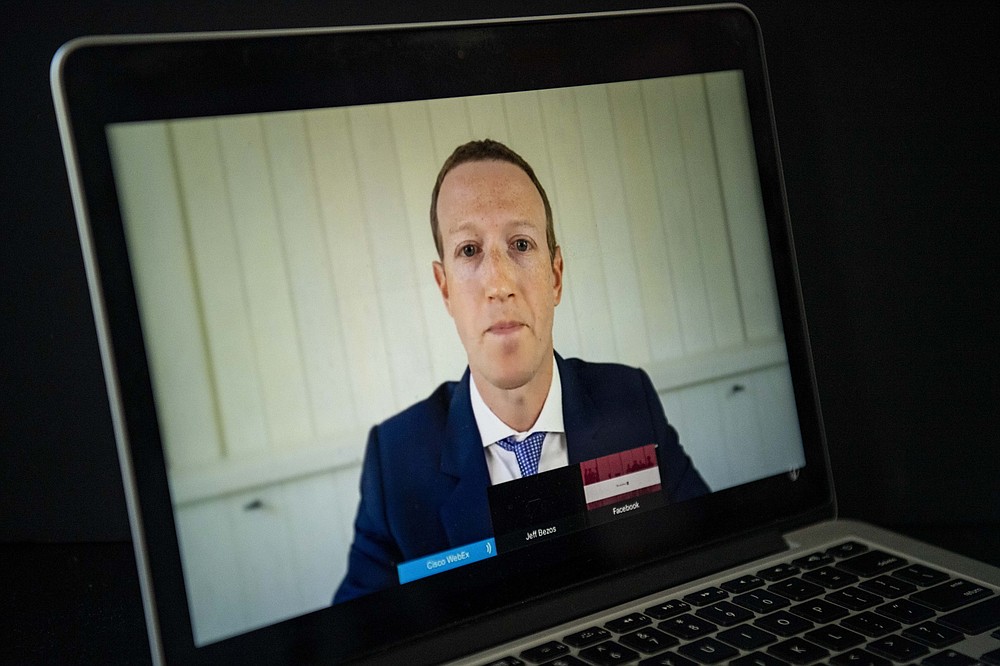 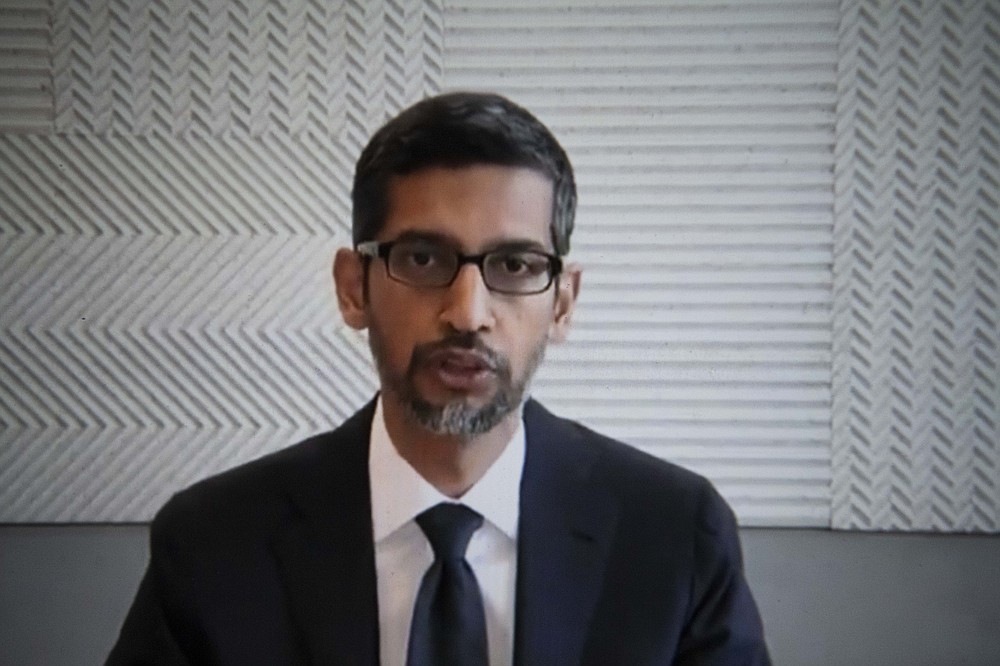