Boeing set to deepen cuts after 2Q loss of $2.4B 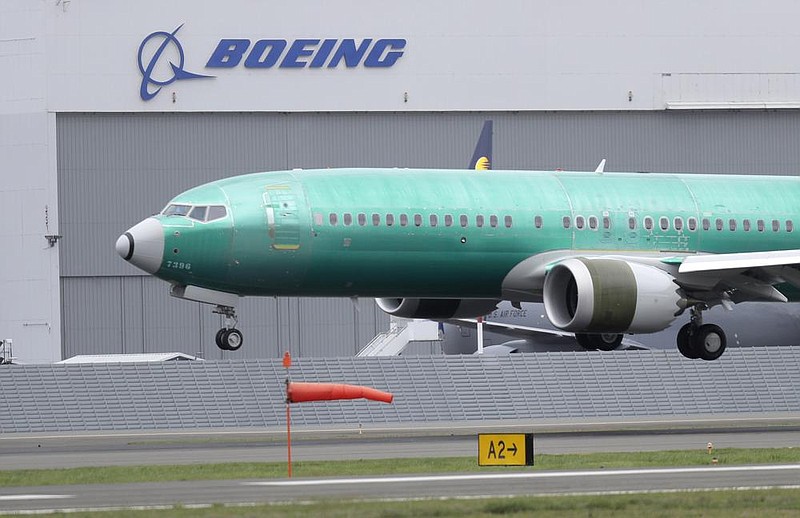 A Boeing 737 Max 8 airplane being built for India-based Jet Airways lands during a test flight in April at Boeing Field in Seattle. Boeing says it lost $2.40 billion in the second quarter. (AP)

Boeing lost $2.4 billion in the second quarter and the company will slow production and cut more jobs as demand for commercial aircraft shrinks during the coronavirus pandemic.

The loss was far worse than Wall Street expected; so was the decline in revenue, which fell 25%.

"The reality is the pandemic's impact on the aviation sector continues to be severe," Chief Executive Officer David Calhoun said. He said airlines are delaying purchases, slowing down deliveries and deferring elective maintenance, "all of which affects our business and, ultimately, our bottom line."

Calhoun said it will take around three years to return to 2019 passenger levels. On Tuesday, an airline industry trade group said air travel won't recover to pre-pandemic levels until at least 2024, a year longer than its previous forecast. The International Air Transport Association cited the inability of the United States and developing countries to contain the coronavirus.

With interest from airlines in new planes fading, Boeing Co. said Wednesday it will slow its production of the 787 and 777 models and delay the introduction of a new big plane, the 777X, by a year until 2022. The company will study whether to close one of its two factories that make the 787; one is near Seattle, the other in South Carolina.

And Boeing will stop building the cargo-carrying version of its giant 747 in 2022, signaling the end of the line for the iconic jumbo jet.

The company pushed back the expected return of the troubled 737 Max, which has been grounded since March 2019 after two crashes that killed 346 people. Chief Financial Officer Greg Smith said Boeing now expects the Federal Aviation Administration to allow the company to resume Max deliveries in the fourth quarter, one quarter later than Boeing's most recent estimate.

Boeing has 450 finished Max jets stacking up at various locations. Smith said the company expects to deliver most of them by late next year -- potentially a desperately needed source of cash for the aircraft builder.

The FAA has recently taken steps toward recertifying the plane, including having FAA pilots test Boeing fixes to the flight-control system implicated in the crashes.

"It's nice and encouraging if they were to get recertification, but it doesn't solve the problem of customer demand," said Peter McNally, an analyst for business research firm Third Bridge. Major U.S. airlines reduced their plans to expand flying after the number of reported coronavirus infection spiked.

The company is still carrying out layoffs outlined in April, and Calhoun said Wednesday that the new round of production cutbacks "will take a toll on future employment" that wasn't anticipated back in the spring.

"My guess is we will be in this mode at least through the end of the year and partly into first quarter of next year," he said.

Boeing said about 19,000 employees will leave this year, including 6,000 who left by June 30. The Chicago-based company had 161,100 workers at the start of the year. Calhoun said the defense unit is hiring, and Boeing still expects a net workforce reduction of around 10%, or 16,000 people, by year-end.