Man shot by FBI in Little Rock to remain behind bars 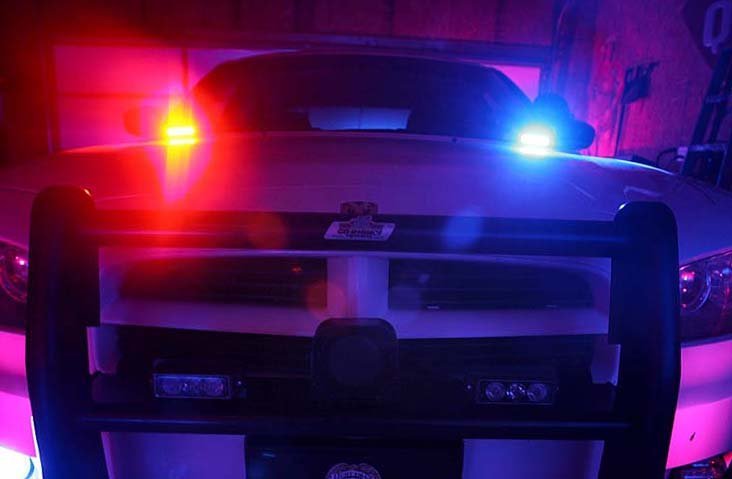 A Little Rock man, who was shot Tuesday by an FBI agent as he reportedly tried to drive through a line of police vehicles that encircled him in a store parking lot, damaging six of them, rolled into a federal courtroom Wednesday in a wheelchair.

Federal prosecutors sought to revoke the pretrial release of Cameron Bryant, 33, who is facing drug and gun charges stemming from a 2018 indictment and is on parole from the state Department of Corrections.

However, they didn't get a chance to call witnesses to discuss the events that unfolded Tuesday afternoon outside a Dollar General store at 9125 Stagecoach Road because Bryant's attorney told U.S. Magistrate Judge Jerome Kearney that Bryant wouldn't challenge the bond revocation request and agreed to be detained.

Defense attorney Lott Rolfe told the judge that Bryant "suffered a gunshot wound from the incident," though it wasn't clear which part of Bryant's body was injured.

Rolfe asked that Kearney require federal marshals to keep Bryant in the Little Rock area so he would have ready access to medical care, but Kearney said he doesn't usually "dictate" where the marshals keep federal detainees, and Rolfe dropped the matter.

The FBI didn't release many details about the shooting Tuesday, but a motion for revocation and a request for a warrant filed Tuesday by Assistant U.S. Attorney Chris Givens provided a few insights.

Givens said members of the FBI GET-Rock Task Force were monitoring potential drug activity in the area of Stagecoach and Baseline roads when they saw Bryant, in a gray Dodge Challenger, conduct "what appeared to be a hand-to-hand drug transaction."

The officers "were aware [Bryant] was on both state parole and federal pretrial release, and formulated a plan to initiate contact" with him, Givens wrote.

He said "multiple members" of the task force positioned their vehicles to block the Challenger from leaving the store parking lot, but Bryant tried to flee at high speed. In the process, he "struck at least six law enforcement vehicles, including a marked Arkansas State [Police] vehicle. [He] also drove toward individuals who were not in their vehicles" and slammed into the side of the store, Givens wrote.

Givens doesn't mention that Bryant was shot, but wrote that "law enforcement officers had to disable the Challenger before they were able to take the defendant into custody."

The motion sought a warrant to take Bryant into federal custody on a petition to revoke his pretrial release, which another judge had granted on April 8, 2019, on conditions that included a requirement that he not break any laws, or use or possess any controlled substances.

Assistant U.S. Attorney Anne Gardner told Kearney that Bryant had tested positive in a drug screen before the hearing, but she didn't identify the drug.

Bryant and Sparkle Hobbs, 32, are facing a Jan. 25, 2021, jury trial on charges of possessing methamphetamine and fentanyl with the intent to distribute and possessing firearms in furtherance of drug trafficking.

An affidavit filed in February 2018 by a Drug Enforcement Administration agent, in support of Bryant's arrest, said Bryant had been identified as a member of a "violent poly-drug trafficking organization operating in the central Arkansas area."

It said a federal search warrant was executed on Feb. 16, 2018, at Bryant's home at 3 Treasure Hill Circle, where they found Bryant hiding under a bed and a handgun on a pillow. Officers reported seizing four loaded handguns, an unloaded gun, a large amount of cash, marijuana, and bags containing crack cocaine, heroin and methamphetamine.

A co-defendant, Marine Antonio L. Thompson, pleaded guilty May 29, 2019, to a charge of distributing between 150 and 500 grams of methamphetamine and is awaiting sentencing. He is facing a sentence of between 10 years and life in federal prison, where parole isn't available.