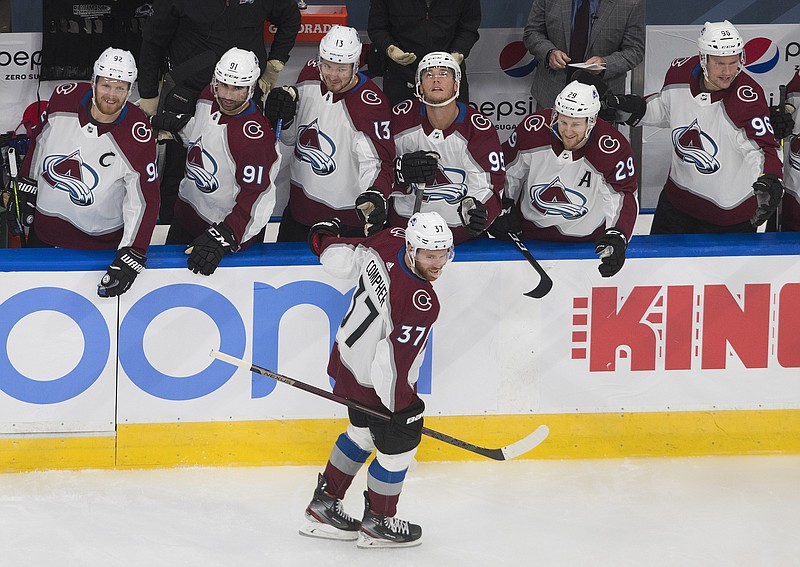 Long before Peter DeBoer coached two teams to the Stanley Cup Final, he got some experience at Canadian junior hockey's Memorial Cup that could serve him well right about now.

That tournament starts with round-robin play before the knockout round.

"You definitely have to change your mindset," DeBoer said.

His Vegas Golden Knights and other top teams in the East and West face a similar challenge in this most unusual expanded NHL playoffs, which begin Saturday. While 16 teams battle it out in best-of-five elimination series to advance, the top four in each conference play each other in separate mini- tournaments to decide seeding.

Even though there is no real "home-ice advantage" with games being played in empty arenas in Toronto and Edmonton, the situation presents players and coaches with how to jockey for position while also sharpening performance before elimination play starts.

"I think everything matters so much at that point where it can be both," Washington defenseman John Carlson said. "You're worried about what your game's going to look like and how you're going to stack up right off the start, but they mean too much and seeding means a lot."

Boston, Tampa Bay, the Capitals and Philadelphia in the East and St. Louis, Colorado, the Vegas Golden Knights and Dallas in the West finished in that order when the season stopped in March, but that's almost meaningless now. They will be sorted 1-4 by conference depending on each team's next three games with regular-season success factoring in only as a tiebreaker.

That means the Bruins will have to re-earn the top spot in the East despite finishing eight points clear of the pack. Still, Coach Bruce Cassidy is more worried about setting his team up for best-of-seven series to compete for the Stanley Cup.

"Getting ready is more important for me," Cassidy said. "You can play well and still not win hockey games, but if you know you're playing the right way going into the playoffs, it'll be a good confidence builder. Obviously, we would love to finish 1. But at the end of the day, we're not going to let it bother us if we don't."

The defending champion Blues are taking a similar approach that their three round-robin games are a bit of a playoff tune-up.

"You want to put your best foot forward, but I think the eight teams that are into the group of 16 have a little bit of latitude to try and get as many guys' games (going) as necessary," St. Louis General Manager Doug Armstrong said. "I don't really put a lot of stock into finishing 1-4 except we want to be in a good frame of mind when we get to that round of 16."

The No. 4 seeds, on the other hand, feel like they're playing with house money. Dallas can only move up after six consecutive losses going into the pause, so why not go for it?

"We want to see if we can move up in the seeding," Coach Rick Bowness said. "Those three teams have had better years than we've had, and they're ahead of us. It's great that we're in the fourth spot in the conference, and it helps us, but we want to move up."

Philadelphia was rolling in February and March, having won 12 of 15 when play was halted. The Flyers are looking to recapture that magic before getting into a best-of-seven.

"I'm not sure what any of it's going to mean," Flyers GM Chuck Fletcher said. "Whoever comes out of the play-in rounds, the qualifying rounds, will obviously be playing very good hockey and they'll be probably a little bit more battle-tested than the four of us that are waiting for them."

That's why, especially after a shocking first-round exit in the 2019 playoffs, the Lightning want to peak at the right time rather than fight for the top seed. It didn't work out so well for them last year.

"You've got to get yourself in that competitive mindset, competitive spirit, get your willingness to do whatever it takes to try to win a hockey game," Tampa Bay defenseman Ryan McDonagh said. "We have to make sure that we approach it as a do-or-die mentality here so we get that ingrained in ourselves and understand what it's going to take mentally and attitude-wise the way we want to play come playoff time." 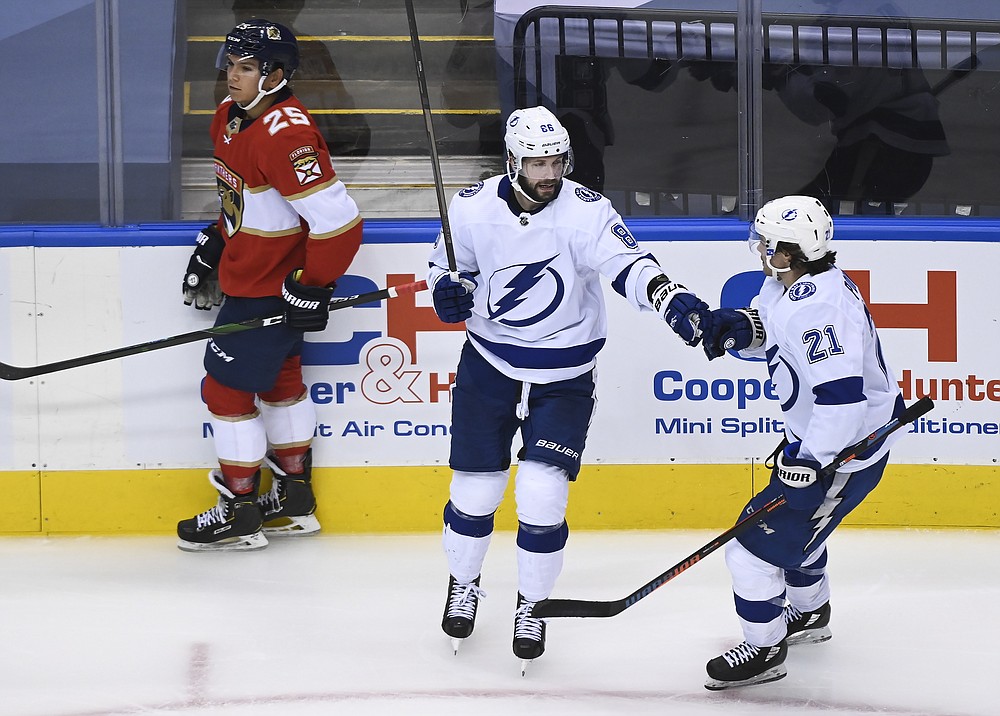 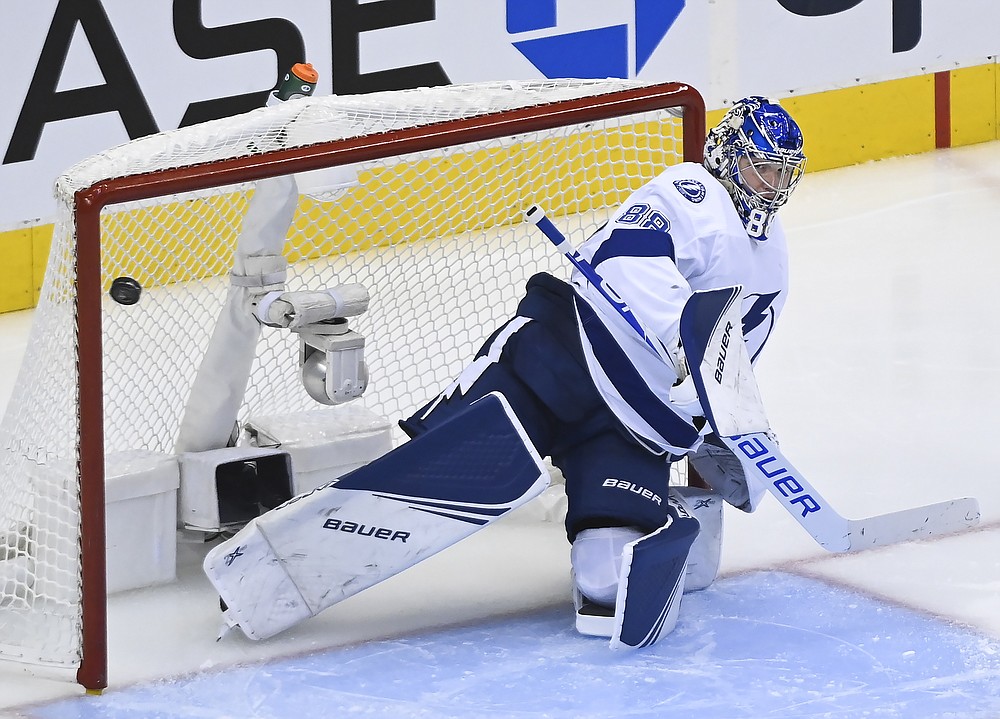 Tampa Bay Lightning goaltender Andrei Vasilevskiy (88) makes a save against the Florida Panthers during the third period of an exhibition NHL hockey game ahead of the Stanley Cup playoffs in Toronto on Wednesday, July 29, 2020. (Nathan Denette/The Canadian Press via AP) 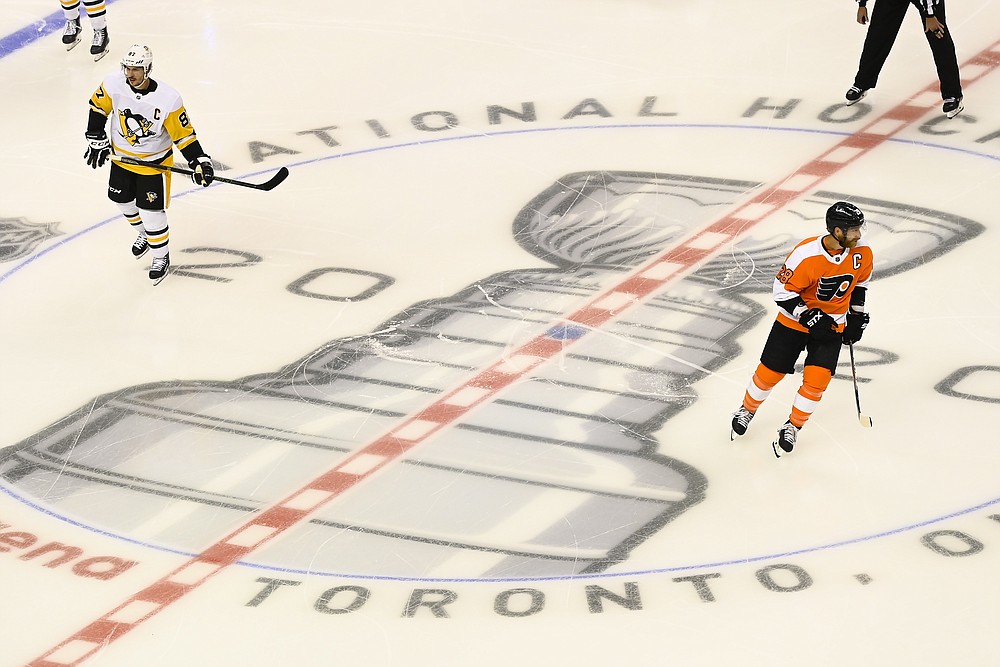