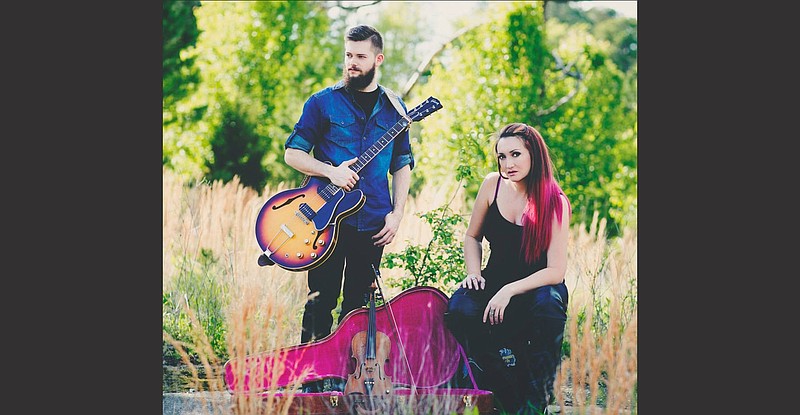 Tracy Lawrence, the Arkansas-raised country singer, will take part in "Darius and Friends," Darius Rucker's 11th annual St. Jude Benefit, which this year is a livestreaming concert, at 7 p.m. today from the stage of the Grand Ole Opry in Nashville, Tenn.

Tickets are $15, with higher prices for limited edition ($50) and signed posters ($100). The event will be on the @LiveXLive app and at LiveXLive.com/Darius. The show will benefit St. Jude Children's Research Hospital in Memphis.

Rucker, a country singer who is also the lead singer of pop band Hootie & the Blowfish, will perform, as will Lawrence, who grew up in Foreman, and Clint Black.

• Crowder will perform, along with opening act After Grace, at 7 p.m. Saturday at Magic Springs Theme and Water Park, on East Grand Avenue (U.S. 70) in Hot Springs. Admission, included in the park's admission price, is $59.99; $39.99 for those shorter than 48 inches and those over age 55. Online orders get up to $15 off at MagicSprings.com/buy-tickets.php. Season passes are $79.99.

• Dean Agus will perform at 8 p.m. Saturday at The Trough Bar and Grill (which was originally the Core Public House), 833 Central Ave., Hot Springs.

Arkansas-born singer-songwriter Iris DeMent, along with her singer-songwriter husband, Greg Brown, will be featured in the annual Seed Savers Exchange benefit concert, now a virtual event, at 7 p.m. Saturday. Others in the lineup include Pieta Brown (Greg Brown's daughter) and David Huckfelt of The Pines.

The show will be on Facebook and at seedsavers.org/benefit-concert. Donations can be made through Venmo at @seedsaversexchange. There's a suggested donation of $20 or a $5 minimum.

The festival has been held in past years at Luther College in Decorah, Iowa.

• Fans of "boy bands" may be intrigued by a chance to binge watch episodes of "Maxxx," a new British series about a member of such a band, nearing age 40 and trying for a comeback. The show began airing Tuesday on Hulu.

• The SummerStage Anywhere Session at 4 p.m. today will feature Grammy Award-winning Latin hip-hop star Mala Rodriguez live from Spain. Rodriguez is the only woman to have ever won best urban album and best urban song at the Latin Grammys. The show will be on SummerStage Instagram. La Mega will kick off the show with a DJ set at 3:30 p.m.

The SummerStage Anywhere Family Day, presented by Disney, will take place at noon Sunday, with a special puppet variety show from the Swedish Cottage Marionette Theatre, followed by an Afrobeat dance class with Diddi Emah and a performance by Black Violin. The event will be on SummerStage Instagram, YouTube and Facebook page and Twitch. 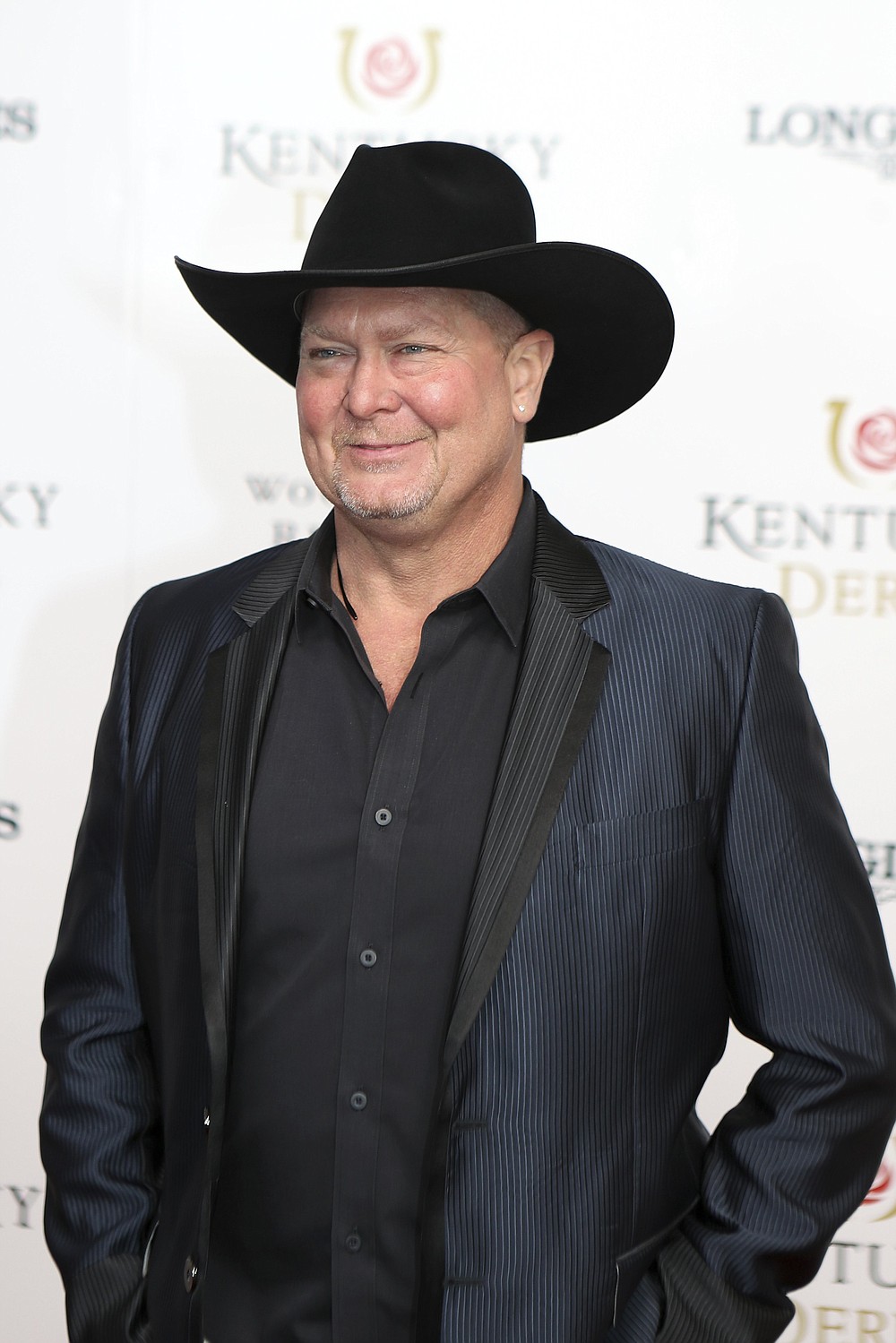 • Culture Talk at 7 p.m. Friday will feature Bronx-born, Puerto Rican dancer, educator and pioneer Richard "Crazy Legs" Colon, (known for his hip-hop and humanitarian contributions) in conversation with Bronx-born American rapper, songwriter and DJ Grandmaster Caz. The event will be on the SummerStage Instagram.

Culture Talk at 6 p.m. Saturday will feature Erika Elliott (executive artistic director of SummerStage) and Sam Turvey (founder and producer of the Charlie Parker Jazz Festival) in a talk, moderated by jazz drummer and composer Jerome Jennings. The talk will be carried on the SummerStage Instagram and YouTube, Facebook page and Twitch. The event will kick off weekly celebrations of the 100th birthday of Charlie Parker with special commemorative jazz performances throughout the month.

• Gillian Welch has a new collection of songs she will release digitally Friday: "Boots No. 2: The Lost Songs, Vol. 1," and she is sharing two new songs, "Strange Isabella" and "Mighty Good Book."

She promises "Boots No. 2: The Lost Songs Vol. 2 & Vol. 3" will follow in the next few months. She and her partner, David Rawlings, recorded the songs between the making of her albums "Time (The Revelator)" and "Soul Journey."

Meanwhile ... in the virtual world:

The Falcon Ridge Folk Festival, one of the nation's most prestigious folk gatherings, will be held for the 32nd year Friday through Sunday in the Berkshire Mountains of New York and this year's virtual version of the festival will feature Donna the Buffalo, Mary Gauthier, Eileen Ivers, The Empty Bottle Ramblers, The Slambovian Circus of Dreams, Susan Werner, Vance Gilbert and others.

The event will be available at facebook.com/FalconRidgeFest and on the festival's YouTube channel.

Alligator Records' artists who have received 2020 Blues Blast award nominations include Christone "Kingfish" Ingram (who performed in at Stickyz in Little Rock about a year ago), plus Billy Branch, Nick Moss, Rick Estrin & The Nightcats, Toronzo Cannon and the Cash Box Kings, Tinsley Ellis, Coco Montoya and Roomful of Blues.

Ellis, Montoya and Roomful of Blues have frequently performed at clubs and blues festivals in Arkansas.

The public can vote at bluesblastmagazine.com; voting began July 20 and runs through Sept. 5.

Another music magazine gives props to Arkansas musicians in its latest issue. Blue Suede News, which calls itself "The House Organ of the Church of Rock 'n' Roll," covered the Ameripolitan Awards Weekend in Memphis in February, noting that El Dorado-born Jason D. Williams, accompanied by Tanya Tucker, wowed the crowd, as "Williams demonstrated the full-blown power of boogie-woogie piano for the assembled crowd who were already amped up."

The magazine, which featured a plethora of book and music reviews by Mark Marymont who covered music for the late Arkansas Gazette in its final years, also mentioned a production at the Seattle Rep of "Shout Sister Shout!," a play about the life of Cotton Plant-born, rock 'n' roll pioneer Sister Rosetta Tharpe.