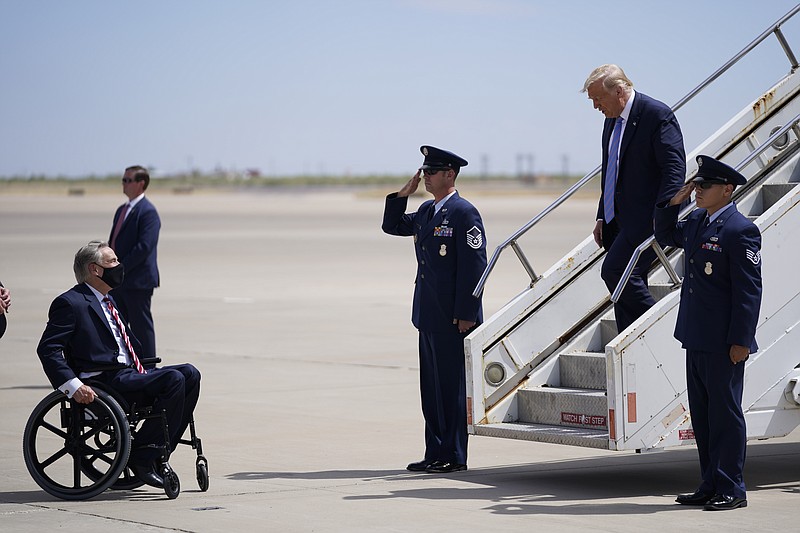 ODESSA, Texas -- President Donald Trump's visit to an oil and gas hub on the West Texas plains on Wednesday comes during the state's coronavirus outbreak and a global oil and gas glut that is putting the squeeze on the petroleum industry.

Trump is combining some fundraising with his first trip to an oil and gas rig and to his first visit as president to the Permian Basin. He'll pull in up to $100,000 per person at a round-table discussion with supporters. He is expected to raise about $7 million. A large crowd of supporters greeted the president as his motorcade made its way to the fundraiser. They waved flags and pro-Trump signs.

"The amount of money might be slightly off because the markets are down and they're suffering a bit," said Bill Miller, a prominent lobbyist and consultant in Austin. "But it's the kind of industry that remembers their friends through thick and thin, and Trump has been their friend."

Even as Air Force One carried Trump to Texas on Wednesday, the U.S. Energy Information Administration reported U.S. petroleum use plummeted to a nearly 40-year low this spring, owing to the pandemic lockdown and to market oversupply related in part to intensive oil and gas production that Trump encouraged. Oil and gas prices and production have picked up somewhat since, but it's still a tough time in U.S. oilfields.

[Video not showing up above? Click here to watch » https://www.youtube.com/watch?v=V8OEMBsZuyA]

Trump's government has firmly supported the oil and gas industry. That includes rolling back regulations while promoting a technology-driven surge in U.S. oil and gas production as part of what Trump describes as an American march to global energy dominance.

His administration has moved to open up vast wilderness areas to oil and gas interests over the objections of environmental groups. Trump also has sought to override various regional objections to oil and gas pipelines with executive orders.

And next month, the administration is expected to announce its latest effort to block regulation of the industry's emissions of methane, which is thought to be a potent agent of climate change. Successful legal challenges stopped the administration's earlier attempts.

When flying at night into the West Texas city of Odessa, among the areas Trump was to visit, "it looks like a huge birthday cake, there are so many flares out here" from facilities burning off methane as an oil and gas byproduct, said the Rev. Gene Collins, a civil-rights and environmental and public-health activist in the city.

"There's already methane emissions like you wouldn't believe in West Texas," Collins said. He added that he was one of many in his town using a nebulizer to deal with breathing problems he blames on oil and gas operations. "There's a definite effect on the health of individuals here."

The American Petroleum Institute trade group during this presidential election cycle, which features Democrats calling for the country's most aggressive action yet to slow climate change, has stepped up efforts to highlight what it says are industry efforts to cut methane.

Frank Macchiarola, the trade group's senior vice president for policy, said emission rates in the Permian Basin have fallen despite what had been the surge in production. It "demonstrates how the industry is meeting this challenge and strengthening its environmental performance," Macchiarola said.

Texas oil country has long been a reliable well of fundraising for Republican presidents. But in this campaign, the state itself may be a battleground.

Trump and his Democratic challenger Joe Biden are in a closely fought race in what has been a Republican stronghold. For years, Democrats have been watching Texas demographics -- it has growing populations of Hispanics, young people and ex-Californians -- and pining for the election cycle when it would be in play.

Information for this article was contributed by Matthew Brown and Cathy Bussewitz of The Associated Press. 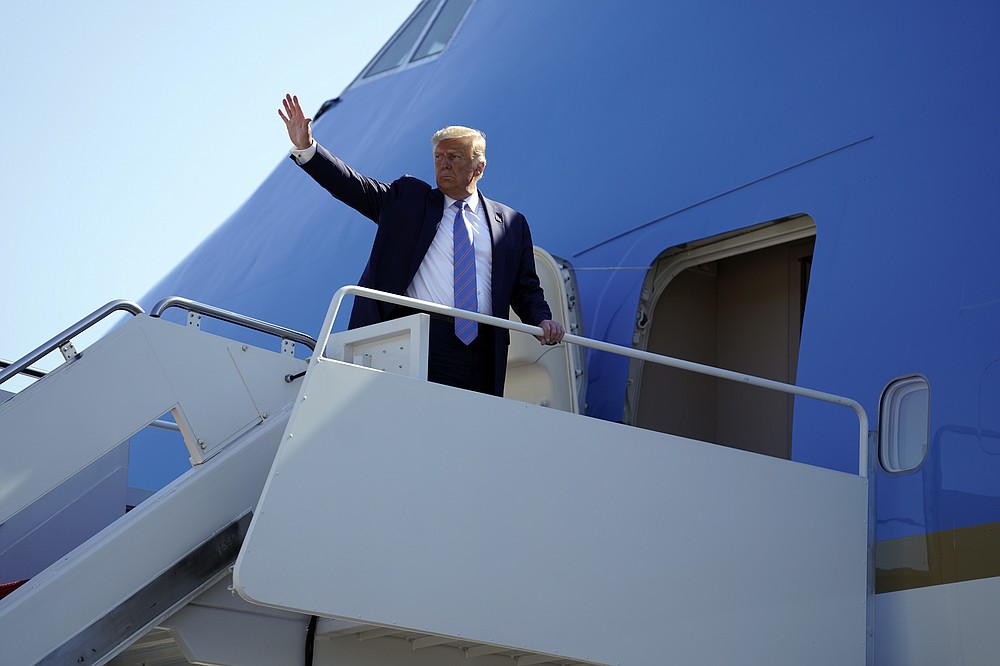 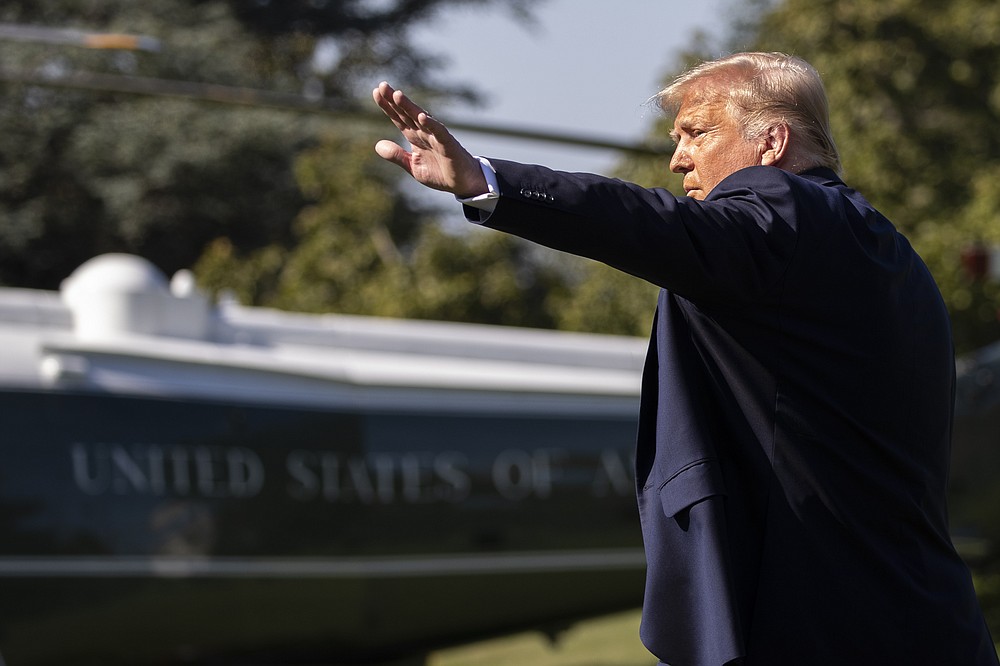 President Donald Trump waves as he walks to Marine One on the South Lawn of the White House, Wednesday, July 29, 2020, in Washington. Trump is en route to Texas. (AP Photo/Alex Brandon) 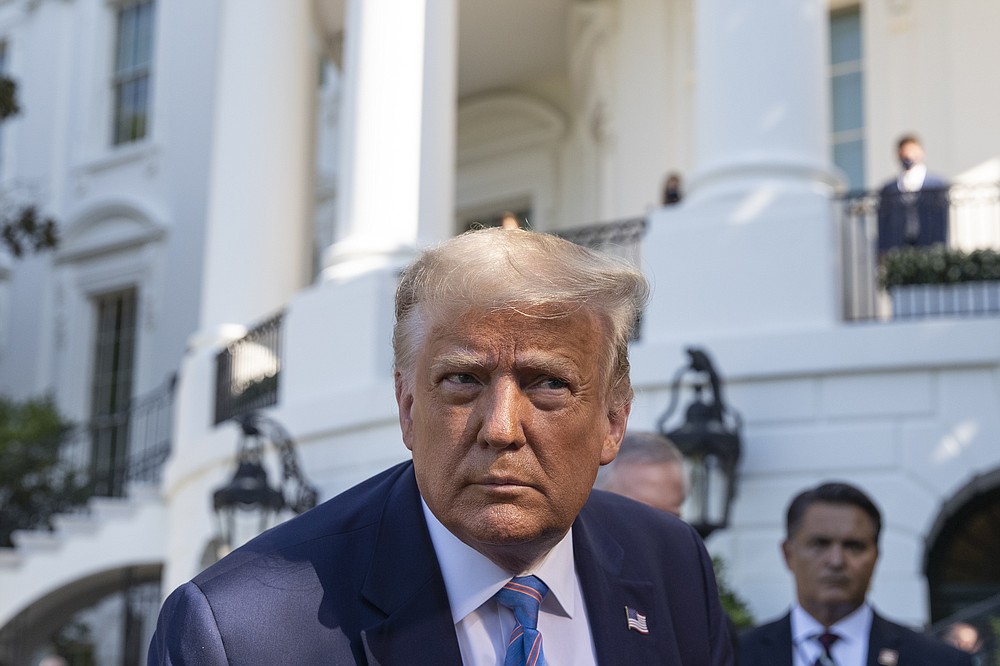 President Donald Trump leans in to hear a question as he speaks with reporters before walking to Marine One on the South Lawn of the White House, Wednesday, July 29, 2020, in Washington. Trump is en route to Texas. (AP Photo/Alex Brandon) 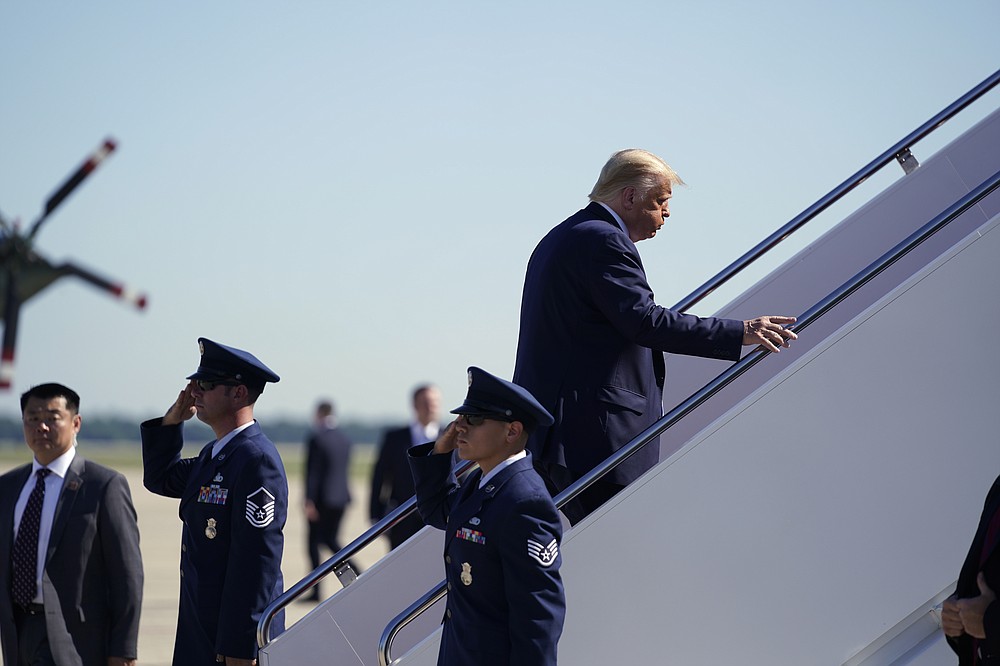