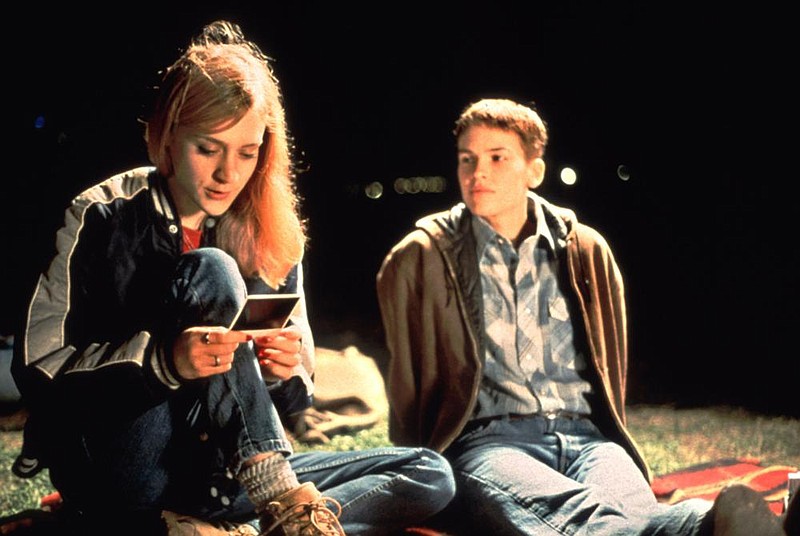 Stuck inside, and with precious little to do other than read books, bake things, and bug our friends and family members, there is no time like the present to fully put to use all those streaming services we've been paying for and undersing. For our streaming column, we're rounding up the current 10 best films in a given genre you can stream at home. Given the multitude of streaming options, we're limiting our search to a selection of the biggest and best-known services -- Amazon Prime, Disney and Netflix -- along with a niche offering -- Criterion Channel -- that we honestly couldn't live without.

Amid the rest of the tumult the nation is undergoing at the moment, it's important to remember June was also Pride Month, wherein we celebrate the LGBT community, their history and achievements, while also acknowledging the ongoing struggle for equality -- legal and sociological -- and respect in a country still all too prone to shun minorities. This week, we will take our belated celebration to the screen, with an assortment of LGBT-theme entries, from documentary to drama and back again.

"Another Country" (1984): If British public school seemed nightmarish for young gay men in the '80s and '90s, imagine how it felt in the '30s -- maybe even bad enough to defect to the Soviet Union. Based on the life of notorious Brit-turned-Russian-spy Guy Burgess, the film stars Rupert Everett as "Guy Bennett" and a young Colin Firth as Tommy Judd, a serious Marxist who becomes Guy's good friend and major influencer.

Sample Dialogue: "Fame or infamy, what does it matter? I shan't be forgotten."

"Boys Don't Cry" (1999): Kimberly Peirce's devastating dramatization of the Brandon Teena tragedy -- a young transgender man trying to make his way in Nebraska, and falling in love with a local girl -- gave voice to the suffering endured by the LGBTQ community in the country's heartland. It also garnered a Best Actress Oscar for Hilary Swank and generated a lot of sympathy for the plight of transgendered teenagers in the '90s.

Sample Dialogue: "Think they'd recognize her if we chopped off her head and her hands?"

"Duck Butter" (2018): By now, it's entirely possible to have an LGBT film in which the novelty of the sexual orientation is completely beside the point. Here, Miguel Arteta's dramatic comedy finds a pair of women (Alia Shawkat and Laia Costa) who have recently met, trying to begin their relationship by focusing on almost psychopathic levels of intimacy, sexual and otherwise, every hour for 24 straight hours.

Sample Dialogue: "I want to know you. For real. We can skip time."

"Hedwig and the Angry Inch" (2001): John Cameron Mitchell's off-Broadway tour de force gets a fine cinematic treatment from the original show's creator. It stars Mitchell as a rock singer turned lounge act from East Berlin, who recounts her harrowing experience of being transgendered behind the iron curtain, while bitterly lamenting the career of her former lover and protege, who stole her songs to make it big. I'm not a musical fellow, generally speaking, but this show with its wit, humor and bombastic soundtrack completely won me over.

Sample Dialogue: "I had tried singing once back in Berlin. They threw tomatoes. After the show, I had a nice salad."

"Moonlight" (2016): Barry Jenkins' rightfully lauded film became a cultural game-changer, not just because it won the Best Picture Oscar in a monumental upset (eventually ...), but because it was a deeply romantic movie about the struggle of a young, gay, Black man to find true love that resonated for audiences, straight and gay, and became an indelible symbol for the growing acceptance of noncissexuality on screen. It also made a star of Mahershala Ali, and gave Jenkins enormous clout, both of which are excellent outcomes.

Sample Dialogue: "Ok. Let your head rest in my hand. Relax. I got you. I promise. I won't let you go. Hey man. I got you. There you go. Ten Seconds. Right there. You in the middle of the world."

"The Bitter Tears of Petra Von Kant" (1972): Rainer Werner Fassbinder's film finds the titular Von Kant (Margit Carstensen), a successful fashion designer divorcee, who gets to be exactly as cruel and arrogant as she deigns, right up until she meets the beautiful Karin Thimm (Hanna Schygulla), a would-be model even more icy and unrelenting than Petra. Their ensuing difficult love affair is documented by Fassbinder's singularly long takes, a particularly pitiless method of representing the torturous proceedings.

Sample Dialogue: "You're with someone in a car or in a room and you want to say something, but you're afraid. Or you'd like to be affectionate but again you're afraid. You're afraid of losing points, of being the weaker one. It's a terrible moment when you can no longer go back and start again."

"The Death and Life of Marsha P. Johnson" (2017): Marsha P. Johnson was a widely beloved Stonewall veteran and fixture in the West Village gay scene who was found dead under decidedly mysterious circumstances in 1992. Victoria Cruz's documentary follows the case and its aftermath: a tireless gay rights advocate, Cruz finally gets some answers as to what happened to Johnson that fateful night. Amid a rise, at the time, of similar hate killings in the LGBT community, Johnson's case is held up as a microcosm of the fear and danger that was facing them on a daily basis.

Sample Dialogue: "Really, everybody goes sooner or later. Tomorrow's not promised to anyone. I learned that in church when I was 5 years old. And I've never forgotten it. Every day counts."

"The Handmaiden" (2016): Easily one of the best films of 2016, Chan-wook Park's sumptuously meticulous and twisty drama stars Min-hee Kim as a distinguished Japanese heiress living in Japan-occupied Korea in the '30s. When a new servant (Tae-ri Kim) is brought to her by a man posing as a Japanese count (Jung-woo Ha), it appears a swindle is afoot, but the two women end up with unexpected feelings for one another that completely turns upside down the count's scheme.

Sample Dialogue: "My aunt said when you hear that guests will come, drop everything and go bathe the children. The guests like the smell of a clean baby. Miss, you are my baby. My aunt also said, give the babies candy when they bathe, to teach them that bath time is sweet."

"The Watermelon Woman" (1997): Cheryl Dunye's comedy works its many layers like a Kit Kat bar: She plays a Black lesbian filmmaker named Cheryl, who is obsessed with the backstory of a (fictional) Black actress from the '30s, who frequently appeared in Hollywood movies as a "Mammy" stereotype. As she discovers more information about that actress -- it turns out she was having an affair with a white female director at the time -- Cheryl herself is falling for a white woman (Guinevere Turner), a situation that puts off her best friend (Valarie Walker), a fellow lesbian of color.

Sample Dialogue: "Do you know how hard it was to find these films? It's like one of the few race films she ever starred in."

"Welcome to Chechnya" (2020): A devastating doc from David France about the repression and criminalization of the LGBTQ community in Putin-acolyte and cruel strongman Ramzan Kadyrov's Chechnya. The film follows in the aftermath of Kadyrov's proclamation that his republic didn't have a gay community, opening the door for violent beatings, torture, and persecution of anyone suspected of being a member. A group of courageous activists work to smuggle the victims out of the country, by any means necessary, a harrowing and dangerous process that puts everyone at enormous risk.

Sample Dialogue: "There could be some dude on my train, who gets off at my stop. The door closes and you disappear like you were never in Russia."