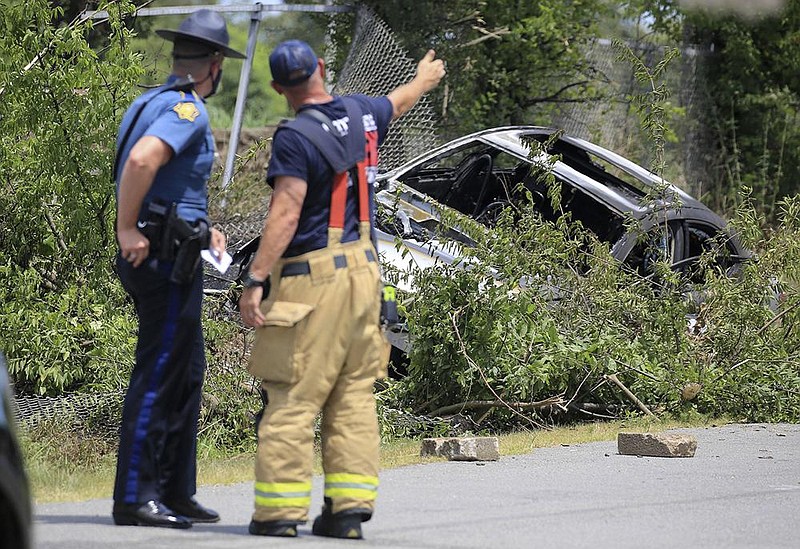 An Arkansas state trooper talks with a Little Rock firefighter Thursday at the scene of a car crash and fire near West Eighth and South Valentine streets in Little Rock. (Arkansas Democrat-Gazette/Staton Breidenthal)

The Arkansas State Police is investigating a Thursday afternoon shooting on Interstate 630 involving people in two vehicles, according to a news release.

The vehicles were traveling east on the Little Rock interstate when the occupants began shooting at one another near the Pine Street and Cedar Street interchange about 1 p.m., the release said.

One of the vehicles crashed and caught fire. Its occupants fled into a residential neighborhood, according to the release.

The other vehicle sped from the scene, the release said.

CORRECTION: Shots exchanged among occupants in two vehicles Thursday afternoon occurred on Interstate I-630 near Pine and Cedar streets. The interstate was misidentified in an earlier version of this story's headline.