State GOP not signing on to idea of vote 'delay' 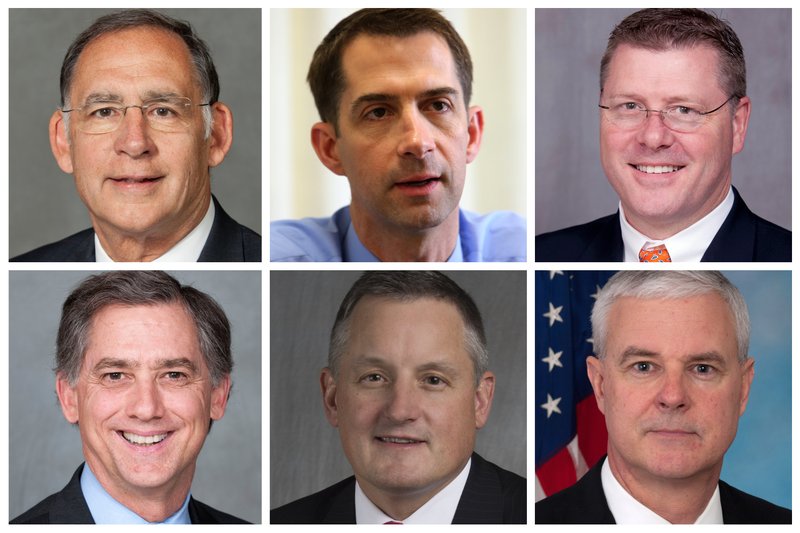 Trump floated the idea on Twitter, after news of a 9.5% drop last quarter in the nation's gross domestic product.

"With Universal Mail-In Voting (not Absentee Voting, which is good), 2020 will be the most INACCURATE & FRAUDULENT Election in history. It will be a great embarrassment to the USA," Trump said. "Delay the Election until people can properly, securely and safely vote???"

"I think we need to have the election as scheduled," Gov. Asa Hutchinson told reporters.

"We'll be ready for it in Arkansas; I see no reason for a delay, it's obviously important from a constitutional standpoint," he said.

[Video not showing up above? Click here to watch » https://www.youtube.com/watch?v=fmIqAgYJj1o]

"Election Day should stay November 3rd as planned," he said in a written statement. "We should always be vigilant to ensure the sanctity of voting, but I am confident that Arkansas's Secretary of State and county clerks will administer a safe and fair election."

Attorney General Leslie Rutledge predicted any obstacles would be overcome.

"As Americans, we adapt, innovate and overcome. America will have an election in November and we will re-elect President Donald J. Trump," she said in a written statement.

"We are working very hard with county officials across the state to make this a safe and secure election, as we do every election cycle," the spokesman, Chris Powell, said in a written statement.

Under the law, presidential elections are held on the first Tuesday after the first Monday in November.

The date is set by statute, not presidential proclamation, so Trump can't change it, said John DiPippa, a professor and dean emeritus at the University of Arkansas at Little Rock's William H. Bowen School of Law.

Previous national elections have proceeded despite wars, pandemics and other perils, he said.

"We have never turned our back on democracy, so it's shocking to hear a president even contemplate doing that," he said. "We've seen a whole lot worse in this country and we've moved ahead with elections."

On Capitol Hill, opposition to any postponement was swift Thursday.

"Never in the history of the country, through wars and depressions and the Civil War, have we ever not had a federally scheduled election on time, and we'll find a way to do that again this Nov. 3," he said.

Members of Arkansas' all-Republican congressional delegation also expressed a desire to keep the election in place.

"We will not be changing the date of the election," said U.S. Sen. John Boozman of Rogers, through spokesman Patrick Creamer.

"Election Day isn't moving. I want it to get here as fast as it can so we can get rid of [House Speaker] Nancy Pelosi," he said in a text message.

On the House side, reactions were similar.

"I'm not sure, quite frankly, at this point, that it's a good idea," said U.S. Rep. Rick Crawford of Jonesboro. "What I would prefer is for us to continue to vote as we have done, traditionally."

"Rep. [Bruce] Westerman does not support delaying the election in any way," the Hot Springs lawmaker's spokeswoman said.

"Congressman [Steve] Womack believes the election should be held on time in November," a spokeswoman for the Rogers lawmaker said.

Trump, who called the 2016 election "rigged," nonetheless finished with the most electoral votes.

Four years later, he has once again questioned an election's legitimacy.

Efforts to change the date of the election would be hampered not only by politics, but by the calendar and the U.S. Constitution, said Karen Sebold, an assistant professor of political science at the University of Arkansas, Fayetteville.

Under the 20th Amendment, the next session of Congress begins Jan. 3, she said; the presidential inauguration occurs Jan. 20.

Trump's attacks on the election are "sowing the seeds of distrust" among his supporters, Sebold said.

"If the president ... does lose, are they going to believe in the legitimacy of the election?" she asked.

"I'm speechless that somebody in office could even suggest undermining our electoral process and come up with an unconstitutional idea," he said.

"That tweet today is typical of the president. He's trying to just deflect and distract," he said. "I think we're in for a few more months of this."

Meanwhile the covid-19 death toll continues to rise, he said.

"We only had one hot spot or two hot spots back in the spring, now we have them all over the place," Hanson said. "It's basically a lack of leadership on his part."

Other Capitol Hill hopefuls are urging people to focus on the issues, not Trump's tweets.

"People are hurting. People don't know where their next meal is going to come from," she said. "These are hardworking people. Right now, they are hardly surviving," she said.

"Trump would like to distract from his failed COVID response which has caused an economic collapse and tremendous suffering," she said in a text message.

Michael Kalagias of Rogers, Womack's Libertarian opponent, said Americans will render their verdict Nov. 3 whether Trump likes it or not.