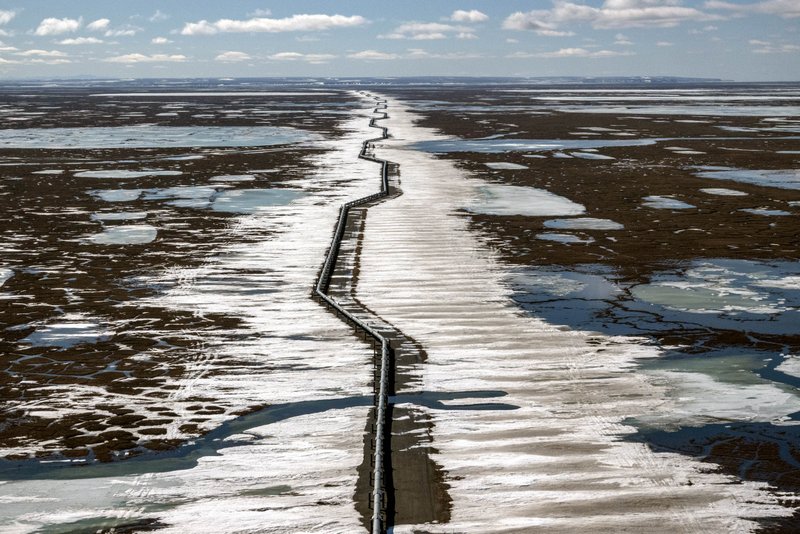 WASHINGTON -- The Environmental Protection Agency finalized a rule Monday curtailing the rights of states, tribes and the public to object to federal permits for energy projects and other activities that could pollute waterways across the country.

The move, part of the Trump administration's push to weaken environmental rules it sees as standing in the way of new development, upends how the United States applied a section of the Clean Water Act for nearly half a century. The energy industry hailed the change as a way to speed up pipelines and other projects, while environmentalists warned that it could undercut state and tribal efforts to safeguard rivers and drinking water.

The new rule would set a one-year deadline for states and tribes to certify or reject proposed projects -- including pipelines, hydroelectric dams and industrial plants -- that could discharge pollution into area waterways. It also would limit any reviews to include only water quality impacts, based on a more narrow definition that the Trump administration finalized last year.

In a call with reporters Monday, EPA Administrator Andrew Wheeler argued that some states had abused the law in the past, using long delays to trap energy-related projects "in a bureaucratic Groundhog Day." The changes, he said, would give states "more than enough time" to scrutinize proposed projects, while preventing them from citing reasons not directly related to water quality or holding them "hostage" for long periods.

"Our system of representative democracy does not allow for one state to dictate standards or decisions for the entire nation," Wheeler said.

The change stems from an executive order President Donald Trump issued in April 2019, in which he instructed federal agencies to do everything possible to pave the way for energy infrastructure.

Robert Irvin, president of the environmental group American Rivers, said in an interview that the shift would undercut the powers of Congress because when it passed the Clean Water Act in 1972, it "gave states the authority to do more than the federal government is doing in order to clean up our rivers and have fishable, swimmable waters."

"This administration is happy to put the responsibility for dealing with the pandemic on the states, but they're far too quick to strip states of authority when they're trying to protect rivers and clean water," Irvin said.

Some energy companies, however, have complained that certain states have used Section 401 of the Clean Water Act to unnecessarily delay key energy infrastructure projects, including pipelines and coal terminals.

They frequently cite two pipeline projects that encountered obstacles in New York state in recent years: the Constitution natural gas pipeline, which was planned to ship gas from Pennsylvania's Marcellus shale to New York before the project was shelved, and the Northeast Supply Enhancement pipeline, which would also have brought gas from Pennsylvania to New Jersey and then into New York City. The New York Department of Environmental Conservation denied a permit to the Northeast Supply Enhancement Pipeline last month, based on its "inability to demonstrate" how it would meet all applicable water standards. New Jersey denied its 401 water certification permit a year ago.

Another project that stalled was the Millennium Bulk Terminal, a $680 million coal export facility that Washington state rejected in September 2017.

Robin Rorick, vice president for midstream and industry operations at the American Petroleum Institute, said in a statement that his association's members support the long-standing environmental law, "though certain states have continued to go well beyond its scope for water quality certifications."

"We hope the addition of a well-defined timeline and review process will provide certainty to operators as they develop infrastructure projects that meet state water quality standards," Rorick said.

Sen. John Barrasso, R-Wyo., chairman of the Environment and Public Works Committee, said in a statement that the rule would make it easier for his state to export coal to elsewhere in the U.S. and overseas. "The state of Washington has hijacked this process and blocked Wyoming coal from being exported," he said.

Association of Clean Water Administrators Executive Director Julia Anastasio, who represents state water permit administrators in all 50 states, said in a phone interview that the rule fails to respect states' role in maintaining water quality and does not address a critical 1994 Supreme Court ruling empowering them to set "other limitations" that could ensure that a project meets "any other appropriate requirement of state law."

"It's really not respecting the rule that states play as co-regulators," Anastasio said.