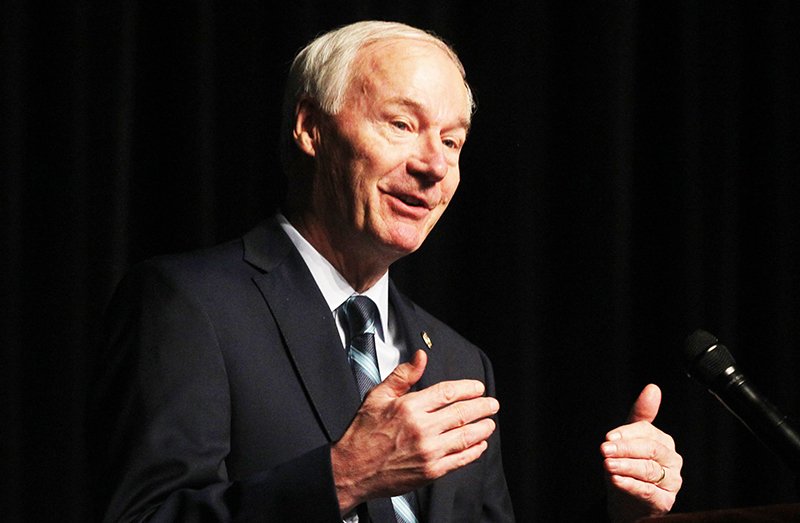 In this file photo Gov. Asa Hutchinson speaks at the Arkansas Rural Economic Development Conference Thursday at the Hot Springs Convention Center. Hutchinson shared his goals for bringing high-speed broadband internet to rural communities across the state by 2022. (The Sentinel-Record/Richard Rasmussen)

The order leaves local police and sheriff's departments in primary control of their jurisdictions regarding protests and civil disobedience but directs state police to work with local authorities to create “a unified command” that may “assume command and operational control” in areas where it is deemed necessary to “protect civil rights, and ensure public safety.”

“This is a normal executive order issued when the National Guard is activated under state control in regard to civil disturbance,” the governor’s spokeswoman, Katie Beck, wrote in a statement.