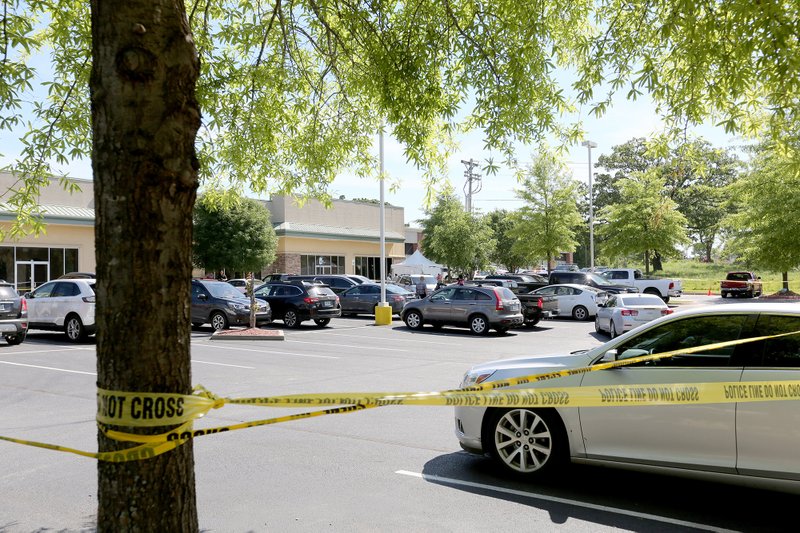 FAYETTEVILLE -- The FBI has identified the man shot and killed Monday in a parking lot as Ryan E. Moore.

Connor Hagan, spokesman for the FBI office in Little Rock, confirmed the identification Wednesday. Moore, 36, was last known to be a resident of Fayetteville, Hagan said.

Moore was being sought in connection with the shooting of a woman May 19 in Hindsville. The U.S. Marshals Service found him about 8:43 a.m. Monday driving a black Mazda in the parking lot near the Community Clinic at 3162 W. Martin Luther King Jr. Blvd.

The Marshals ordered Moore to turn off the vehicle and get out and when he refused shots were fired. Moore died at a local hospital. No law enforcement officers were injured.

Hagan said the FBI is investigating the shooting of Moore.

Prosecutor Matt Durrett said a warrant for attempted capital murder was issued for Ryan Emblem Moore, 36, on May 29.

Moore was suspected of shooting a woman in the head and left her at a storage unit facility on U.S. 412 near Hindsville in Madison County, according to the probable cause affidavit filed in Washington County Circuit Court.

A passing driver called police when he saw the woman being pulled from the driver's seat of a car in the driveway of the Safe Space Storage, according to the affidavit.

The woman was taken to the Northwest Health emergency room in Springdale. She was shot once in the head, behind her right ear, according to the affidavit.

The woman told police she was driving Moore and two other people from Springdale to Berryville in Moore's car, a black Mazda. The woman said she and Moore had been arguing and Moore produced a black revolver and threatened to shoot her.

The woman said she had seen Moore with the weapon before and he usually carried it. The woman said the last thing she remembered was pulling over at the storage units so she could get out of the car.

A witness, who wasn't identified in the affidavit, said Moore had the revolver in his hand and threatened to shoot the woman. The witness said Moore shot her after she pulled over.

The witness said another man got into the driver's seat and the three men drove away and left the woman lying on the ground.