Layoffs in May put at 2.8 million 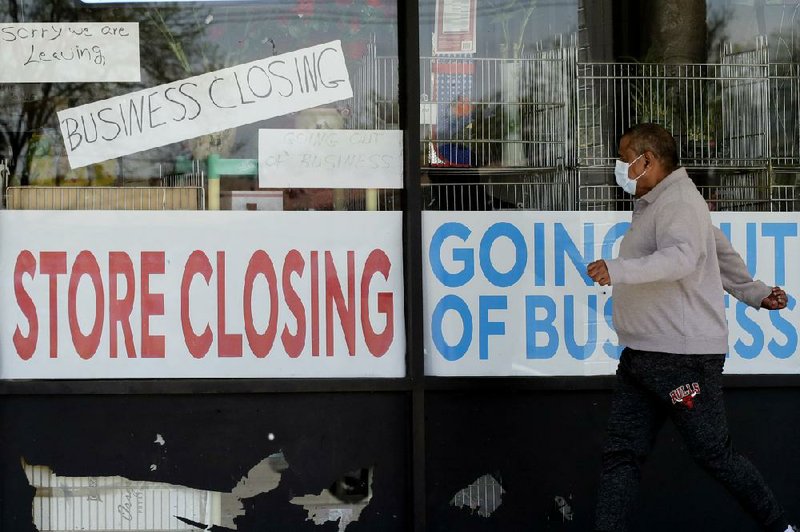 BALTIMORE -- U.S. businesses shed 2.8 million jobs in May, significantly less than the 9.3 million job losses that were expected.

The payroll company ADP reported Wednesday that businesses have let go of a combined 22.6 million jobs since March, with the bulk of the layoffs occurring in April. The virus forced employers to shutter offices, factories, gyms and schools, while demand for gasoline, clothing, airline tickets, hotel rooms and restaurant meals quickly vanished.

The damage in May was concentrated in two sectors. Manufacturers cut 719,000 jobs. The trade, transportation and utilities sector let go of 826,000. Other sectors that suffered as part of April's 19.6 million job losses saw their layoffs slow sharply. The leisure and hospitality industry--which includes hotels and restaurants--shed 105,000 jobs last month, down from a revised 7.7 million losses in April.

The private industry report was out two days ahead of the official monthly job figures from the U.S. Labor Department. Economists predict the Friday report will show 8 million job losses in May as the unemployment rate approaches 20%.

The ADP figure was a surprise in part because initial filings for state unemployment insurance totaled more than 12 million in the four weeks that would have been covered by the report.

What may have happened is analysts underestimated the pace of rehiring by businesses, for which there are fewer reliable gauges. Michael Englund of Action Economics, the only economist who had an ADP job-loss estimate smaller than the reported number, said initial jobless claims are less useful as a guide to projecting the figure at the moment than continued claims, which registered an increase of about 3 million during the same four weeks.

Using a metaphor of a bathtub where the drain is unplugged but the faucet is still on, Englund said that "the flow into the tub of unemployed is continuing with initial claims, but we've pulled the plug on the bottom of the tub -- people are clearly returning to work, businesses are opening."

Even a White House adviser injected a note of skepticism, though.

"It's way lower than I expected, in a good way," White House economic adviser Kevin Hassett said on Fox Business as the ADP numbers landed. "The number is so good, it's such good news, that I'd really have to dig deep into it to see if there's not something funny going on because that's pretty far removed from what we would get if we just added up the claims data and so on from the last survey."

If the ADP numbers prove similar to the Labor Department's survey, economists are overestimating the damage to jobs in May.

ADP cautioned that because the report uses data through the 12th of the month to better align with the Labor Department's time period for the government's jobs report, it doesn't reflect the full impact of the pandemic on the labor market.

"The impact of the covid-19 crisis continues to weigh on businesses of all sizes," Ahu Yildirmaz, co-head of the ADP Research Institute, said in a statement. "While the labor market is still reeling from the effects of the pandemic, job loss likely peaked in April, as many states have begun a phased reopening of businesses."

Service-provider employment, which has borne the brunt of pandemic-related job losses, decreased 1.97 million in May, according to the ADP report. Payrolls at goods producers dropped 794,000 as employment plummeted 719,000 at manufacturers.

In addition to the collapse at factories, industry-level declines were largest within transportation and trade, which includes retailers, and health care.

Information for this article was contributed by Josh Boak of The Associated Press and by Reade Pickert of Bloomberg News.