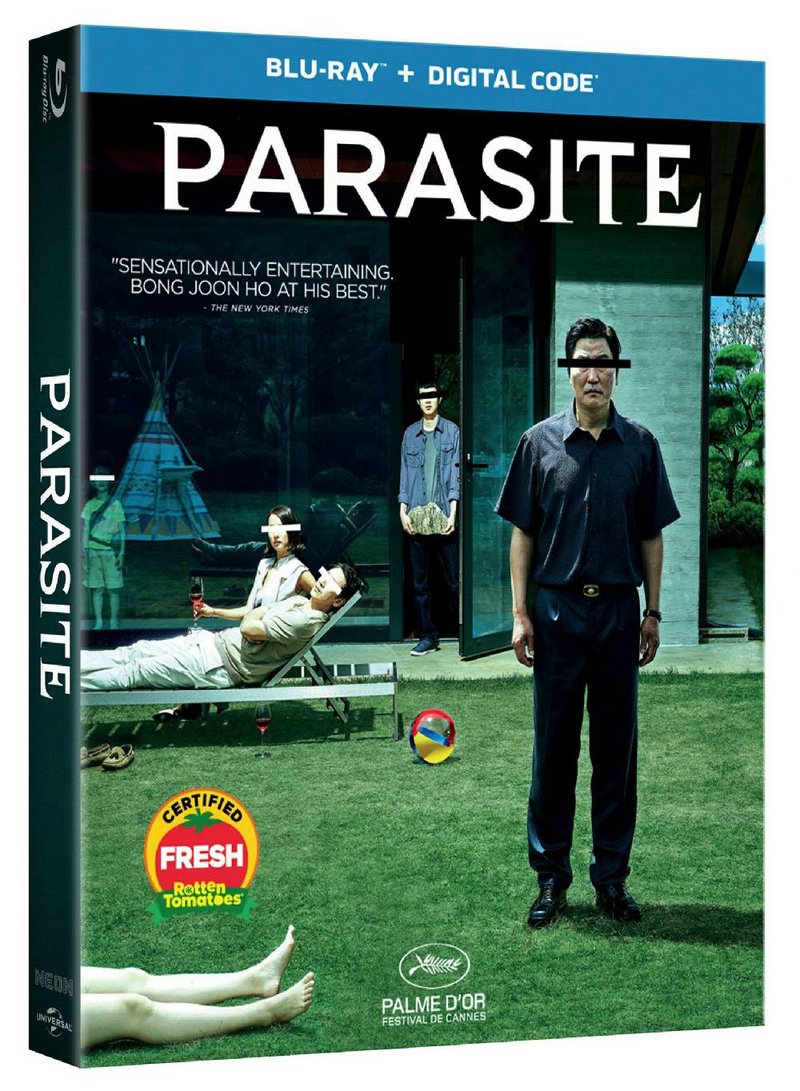 The unpredictability and surprises that Parasite offers are not as shocking as they may have been before the film won the best picture Oscar for 2019. But even if you know what's going to happen, that won't affect the edge-of-the-seat genre-defying comedic/horrifying/oh no! satirical style that permeates nearly every scene.

OK, you're thinking, here we go with yet another greed and class discrimination tale; downtrodden poor people are pitted against beautiful and privileged rich people. It's a much explored plot device, but director Bong Joon Ho's approach is anything but cliched.

The story focuses on the Kim family, a scrappy, smart assembly of schemers, as they slowly, stealthily find a way to integrate themselves into the the lives of the wealthy, clueless Park family. Both sides benefit. Until they don't. The conclusion? You won't see it coming.

And Then We Danced (not rated, 1 hour, 53 minutes) This melodramatic, highly physical romance, set in Georgia (not the U.S. one), concerns a tautly focused young dancer and his partner, who find their goal of national fame challenged when a desirable, talented, and competitive star-in-the-making enters the picture. With Levan Gelbakhiani, Bachi Valishvili, Ana Javakishvili; written and directed by Levan Akin. Subtitled.

Robert the Bruce (not rated, 2 hours, 4 minutes) Swashbuckler fans will find much to like -- swords, chivalry, acrobatic skills, and rugged backgrops -- in this adventure sage of a nobleman who, after becoming an outlaw, is crowned king of Scots in the 14th century. It's not Braveheart, but what is? With Angus Macfadyen, Jared Harris, Patrick Fugit, Anna Hutchison; directed by Richard Gray.

1BR (not rated, 1 hour, 30 minutes) An offbeat surviving-the-horror film, with a fair share of surprises. When Sarah lucks into a just-perfect one-bedroom apartment in Hollywood, she grabs it. But after an initial period of bliss, she soon discovers that there's a reason she is living there, and it's not a good one. With Nicole Brydon Bloom, Naomi Grossman, Alan Blemenfeld; written and directed by David Marmor.

Beanpole (not rated, 2 hours, 10 minutes) A devastating and visually arresting drama, set in 1945 Leningrad following World War II's ruination of the city, where two young women search for a meaningful way to regain a semblance of life in the carnage of their surroundings. With Viktoria Miroshnichenko, Vasilisa Perelygina, Andrey Bykov; co-written and directed by Kantemir Balagov. Subtitled.

Peppermint (R, 1 hour, 41 minutes) A poorly conceived and laughably incomprehensible revenge story about a mother who, in the wake of the brutal murder of her husband and daughter, decides to transform into an urban warrior. With Jennifer Garner, John Gallagher Jr., John Ortiz; directed by Pierre Morel.