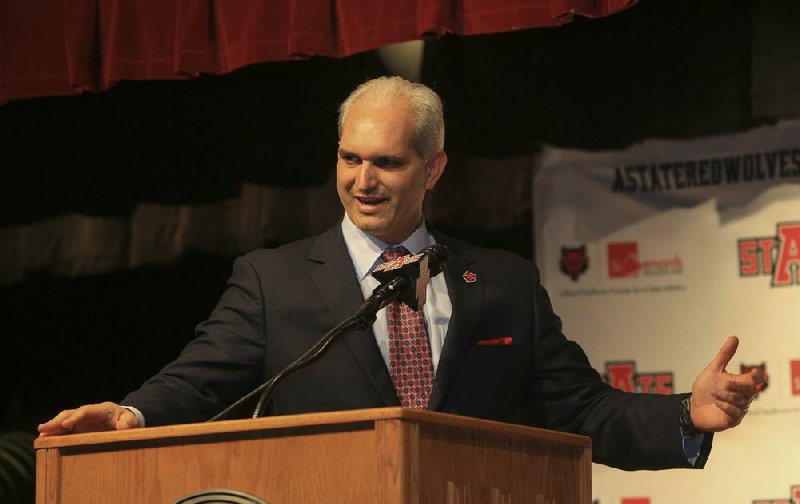 ASU Athletic Director Terry Mohajir had announced that most of the Red Wolves football team was set to be back on campus Monday, while other sports teams would be gradually phased in. (Arkansas Democrat-Gazette/Staton Breidenthal)

Arkansas State University Chancellor Kelly Damphousse announced in a Thursday email to the university that seven Red Wolves student-athletes tested positive for the coronavirus, though each is asymptomatic.

Those who tested positive represent three sports, but the school did not name who the student-athletes are or which teams they’re part of.

“As we have discussed before, this is a day that we knew would come, not just at A-State, but for colleges and universities across America,” Damphousse wrote.

“All seven students continue to be asymptomatic as of this writing,” he continued. “Those who are living off-campus will self-isolate there or at home for 14 days. Those who are living on-campus will self-isolate in their residence hall [or at home] for 14 days. We are conducting contact tracing, and anyone who has been exposed to these students will be required to quarantine for 14 days. Because of federal privacy laws, we will not be releasing any additional information on any student who is in isolation or quarantine.”

The news comes in the wake of Monday being the first day the NCAA allowed student-athletes in all sports to begin voluntary on-campus workouts and activities after a roughly 2 1/2-month moratorium.

ASU Athletic Director Terry Mohajir had announced that most of the Red Wolves football team was set to be back on campus Monday, while other sports teams would be gradually phased in.

Mohajir told the Arkansas Democrat-Gazette last week that ASU planned to test all of its returning student-athletes in order to establish a “baseline,” while also mandating that anyone returning from a “hot-spot” area should quarantine for 14 days.

“In my opinion, I think our student-athletes are more safe on college campuses,” Mohajir told the Democrat-Gazette last week. “We have a better way to help educate and monitor during this process and during this time.”

“Not only not surprised, we expected [it], and that was the reason why we did it,” Mohajir said. “They arrived, we tested on Monday, we shut our facilities down — meaning our operations building, they weren’t allowed [in] — and then we got our test results on [Wednesday].

“This is not uncommon across the country. Everyone of these students were asymptomatic, and we’ll continue to monitor them daily to see if they have any symptoms.”

Mohajir said the football team has not yet begun voluntary workouts. The Red Wolves were supposed to begin Thursday, Mohajir said, but now they will likely start either today or Monday. Three players who came from hot-spot areas also are in quarantine as precaution, Mohajir said.

Mohajir said he’s leaving the decision of when to start workouts up to ASU Coach Blake Anderson.

Other notable schools have also experienced their own positive coronavirus tests, including the lone Power 5 program in Arkansas.

University of Arkansas Athletic Director Hunter Yurachek announced in a statement Thursday that a Razorbacks student-athlete has tested positive for the coronavirus.

The University of Alabama football team has had at least five players test positive for the coronavirus, according to multiple reports Thursday.

During his daily coronavirus news conference Thursday, when asked about ASU’s positive tests, Arkansas Gov. Asa Hutchinson said it wasn’t a surprise and that it will become common.

“You have athletes, and of course you got to recognize this is a fairly large number of athletes, who’ll be coming back for training, and they’re coming from different cities across the country,” Hutchinson said. “And they come in and we have seven positives. That, I think, is going to be expected in multiple campuses across the state, and the universities are prepared to address that and deal with that. And so that’s what we’ve got to do.” 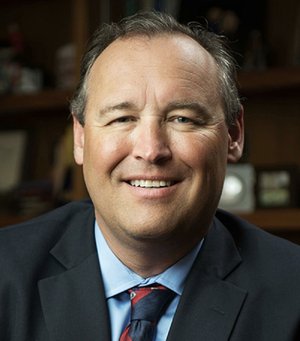