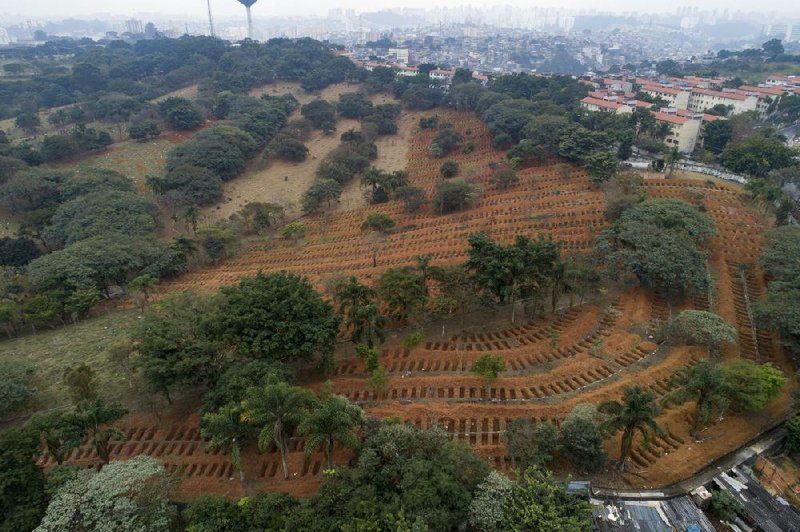 The U.S. remains underprepared for pandemic health threats, the director of the Centers for Disease Control and Prevention told Congress, citing major shortfalls revealed by the coronavirus in state, local and federal authorities' ability to spot and track disease and develop countermeasures.

"You think we weren't prepared for this -- wait until we have a real global threat for our health security," Redfield said at a hearing of the House Committee on Appropriations, the panel that leads congressional funding of government agencies.

The CDC has long been considered one of the world's preeminent health agencies, and has been a model for other countries setting up similar organizations. But it has come under criticism for reacting slowly to the coronavirus, which has infected more than 1.86 million Americans and killed about 108,000.

While the agency was fast in developing a test, it had significant problems rolling it out around the country and then largely receded from the public face of the Trump administration's response to the virus.

Redfield also addressed criticism that the agency's lack of data on racial disparities has hampered the public-health response in black and Hispanic communities disproportionately affected by the virus.

"I want to personally apologize for the inadequacy of our response," he said.

"Data is the road map. It's fundamentally the key first step that we need to do to address the health disparities," Redfield said.

The U.S. announced Thursday that it will require testing labs to collect ZIPcode data and demographics including race, ethnicity, sex and age, he said.

The CDC funds as much as 70% of state and local public-health efforts, Redfield said. But significant new preparedness investments are needed, in addition to basic efforts to respond to the coronavirus pandemic.

"That needs to be augmented," Redfield said. "The cost of nothing isn't nothing. the time to do it is now and get that investment."

He cited local labs as one key area. While New York's state lab was able to develop its own tests, other states have not done so. Redfield also said that states needed to hire 30,000 to 100,000 contact tracers by September to follow new coronavirus cases. He said he was hopeful AmeriCorps, a community-service program supported by the federal government, would be used to augment the contact-tracing workforce.

Redfield also said masks and face coverings remain an important tool to stop the spread of the virus.

"We continue to see this as a critical public-health tool," Redfield said. Responding to questions about large public gatherings of unmasked people, he said that, "obviously we're very concerned that our public-health message isn't resonating."

Redfield said that demonstrators protesting racial injustice need to get tested for the coronavirus, and that crowds at a Missouri tourist hot spot and the SpaceX launch showed that messages on masks and social distancing are not resonating with the public.

Referring to mass protests against police violence that have taken place throughout the country, Redfield said demonstrators in regions that have not yet controlled the outbreak should "highly consider" getting tested. He noted that Minneapolis and the District of Columbia are two metropolitan areas where significant transmission of the virus is still taking place.

"I do think there is a potential, unfortunately, for this to be a seeding event," Redfield said. "And the way to minimize it is to have each individual to recognize it's to the advantage of them to protect their loved ones to [say], 'Hey, I was out. I need to go get tested.' You know, in three, five, seven days, go get tested. Make sure you're not infected."

Rep. Mark Pocan, D-Wis., said he was concerned the use of chemical agents, which law enforcement officials have sometimes deployed against protesters in several cities, including the District, could cause people to cough and spread the virus.

Pocan asked whether the CDC chief had advised President Donald Trump or worked with law enforcement agencies to discontinue use of chemical agents.

"I think you raised an important point," Redfield said. "We have advocated strongly the ability to have face coverings and masks available to protesters so that they can at least have those coverings ... I'd like to pass on this comment to the next [coronavirus] task force meeting."

It could take weeks to judge the impact of the nationwide protests on the spread of the coronavirus.

Dr. Deborah Birx, the administration's coronavirus coordinator, has been monitoring the protests since they began, looking for indicators of potential resurgence in cases, a White House official said.

The task force received a stay of execution last month when Trump decided not to dissolve it. The group now has a smaller portfolio as the federal priority shifts to helping states safely reopen and the race for a vaccine has been put under the separate auspices of "Operation Warp Speed."

The task force is still collecting data, coordinating the distribution of supplies and test kits, and serving as a sounding board for states, but officials said there's less to do now that critical supply shortages have been largely eliminated and tests are more broadly available. Dr. Anthony Fauci, the nation's leading infectious disease expert, told CNN this week that he had not spoken to Trump in about two weeks.

"President Trump continues to lead the nation through this unprecedented pandemic, including expedited vaccine development and responsibly reopening our economy, while also taking decisive action to restore law and order to our streets and ensure justice," said White House spokesman Judd Deere.

Trump is to visit a factory today in Maine that makes swabs used in coronavirus testing.

Meanwhile, several authors of a large study that raised safety concerns about malaria drugs for coronavirus patients have retracted the report, saying independent reviewers were not able to verify information that's been widely questioned by other scientists.

Thursday's retraction in the journal Lancet involved a May 22 report on hydroxychloroquine and chloroquine, drugs long used for preventing or treating malaria but whose safety and effectiveness for covid-19 are unknown.

The study leaders also retracted an earlier report using the same company's database on blood pressure drugs published by the New England Journal of Medicine. That study suggested that widely used blood pressure medicines were safe for coronavirus patients, a conclusion some other studies and heart-doctor groups also have reached.

Even though the Lancet report was not a rigorous test, the observational study had an impact because of its size, reportedly involving more than 96,000 patients and 671 hospitals on six continents.

Its conclusion that the drugs were tied to a higher risk of death and heart problems in people hospitalized with covid-19 led the World Health Organization to temporarily stop use of hydroxychloroquine in a study it is leading, and for French officials to stop allowing its use in hospitals there. Earlier this week, WHO said experts who reviewed safety information decided that its study could resume.

"Not only is there no benefit, but we saw a very consistent signal of harm," study leader Dr. Mandeep Mehra of Brigham and Women's Hospital in Boston told The Associated Press when the work was published.

The urgency of finding a way to stem outbreaks was evident as the worldwide total of reported virus cases reached 130,398 on Wednesday, the highest one-day total so far in the pandemic, according to a tally by Johns Hopkins University. There have been 6.5 million cases worldwide, as well as more than 388,000 deaths as of Thursday.

A vaccine summit hosted by Britain on Thursday raised billions of dollars to immunize children in developing countries as experts wrestled with the difficult question of how any potential vaccine against the new coronavirus might be distributed globally -- and fairly.

The United Nations and the International Red Cross and Red Crescent Movement have urged that "a people's vaccine" be developed for the coronavirus that would be freely available to everyone, calling it a "moral imperative."

Thursday's event raised $8.8 billion, exceeding its target, for the vaccines alliance GAVI, which says the funds will be used to vaccinate about 300 million children in dozens of countries against diseases like malaria, pneumonia and HPV.

GAVI also announced a new "advance market commitment" mechanism to enable developing countries to get any effective coronavirus vaccine when available. It hopes to raise an additional $2 billion for that effort, to immunize health care workers as well as high-risk individuals and create a buffer of doses to be used where needed most.

But experts pointed out that the unprecedented pandemic -- where arguably every country will be clamoring for a vaccine -- may make efforts at fair distribution extremely messy.

"Rich countries will most likely try to push their way to the front of the queue, leaving poorer countries at the back, and that's a problem," said Jimmy Whitworth, a professor of international public health at the London School of Hygiene and Tropical Medicine.

"I can't imagine any country saying, 'Africa's need is greater than ours, so they can get the vaccine first and we'll remain vulnerable.'"

Ahead of the vaccine gathering, philanthropist Bill Gates said there were potential solutions to the growing tide of vaccine nationalism -- exhibited when the CEO of Sanofi suggested the U.S. had a right to the first doses of any vaccine because of its significant investment.

"The key to that challenge is having scale and having factories all over the world that are making the vaccines," including multiple factories in Asia, the Americas and Europe, Gates said.

Elsewhere, Brazil reported yet another record number of deaths -- 1,349 -- raising Brazil's confirmed death toll to more than 32,500, the world's fourth-highest and considered by experts a significant undercount because of insufficient testing.

India reported a record number of infections -- 9,304, with 260 deaths -- as its tally of fatalities surpassed 6,000 and its number of infections rose to more than 226,000, the world's seventh-highest. Neighboring Pakistan reported over 4,000 new cases as its 85,000 confirmed infections surpassed neighboring China -- a spike that came weeks after Prime Minister Imran Khan overrode warnings from experts and eased a lockdown. 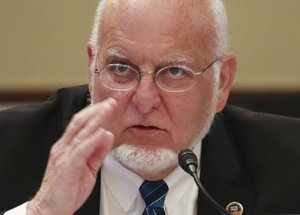 Dr. Robert Redfield, director of the Centers for Disease Control and Prevention, told lawmakers Thursday that recent events have shown that messages on masks and social distancing are not resonating with the public. (AP/Tasos Katopodis)